The town of Guildford lies in the gap where the River Wey cuts through the chalk ridge of the North Downs. The main routes in West Surrey converged to cross the river, over the ford on the site of the Old Town Bridge. It was to this spot that the first Saxon migrants came in about the year AD 500, to settle at Gyldeforda – the “golden ford”.

In the mid 600s, these pagan Saxons became Christians and St Mary’s Church nearby in Quarry Street has a late Saxon tower. In the Middle Ages Guildford thrived as a centre for the wool trade. Lying halfway on the road between London and the South Coast, it was well placed for trade. Although small throughout the Middle Ages, Guildford was a prosperous town having the status of borough from the 10th century, and was recognised by Henry III as the county town of Surrey.

As a centre of the local road network, Guildford had a large number of inns and public houses. Opposite, White Lion Walk marks the site of the great White Lion coaching inn, demolished in 1957. Nearby The Star Inn was the base for most of the “carriers” in Georgian and Victorian times. These men would transport goods to and from the outlying villages. Both The Star and building facing it have the distinctive “jetty”, where the upper storey projects beyond the ground floor. Both date from the late Elizabethan period.

Location: On a wall adjacent to White Lion Walk – where the High Street meets Quarry Street 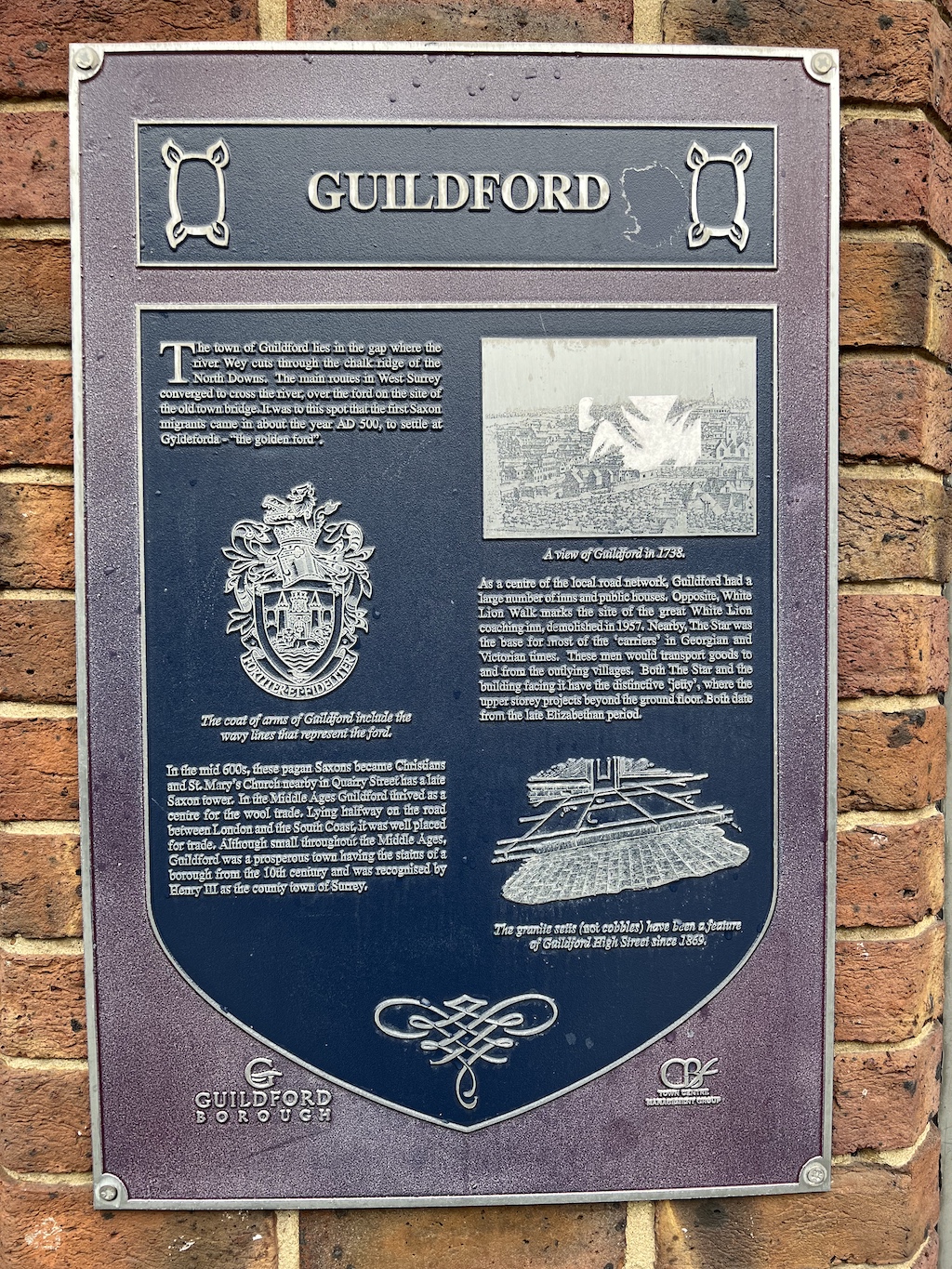