This bridge stands on the site of the ancient ford from which Guildford takes its name. Saxon migrants founded the town in about AD500, settling beside the “golden ford”. In the later Saxon period, there may have been a wooden bridge alongside the ford, but no trace of one has yet been discovered. Around 1200, though, a stone bridge was constructed by the monks of Waverley Abbey, one of a series of bridges which they built on the upper stretches of The Wey.

The ford itself remained alongside the bridge until 1760 when it was dredged out to allow barges to pass upstream to the new Godalming Navigation. The bridge itself was widened in the 1820s during the heyday of the coaching trade. However, in 1900 the ancient bridge was destroyed in a flood and was replaced by a bridge of iron and steel two years later. This bridge was closed to traffic when Millbrook was constructed across the end of the High Street in 1970 and the bridge itself was rebuilt in 1983, reusing the cast iron side arches of the previous bridge.

Just downstream from the bridge is the town wharf. Excavations have revealed timber reinforcements of a mediaeval wharf on this site, and it was here that the Wey Navigation established its wharf in 1653 The treadwheel crane that was used to unload grain barges is still preserved in near its original state.

The 1902 bridge bears the arms of Guildford, Kingston, and the Earls of Surrey.

Location: On the town side of the river, near Debenhams 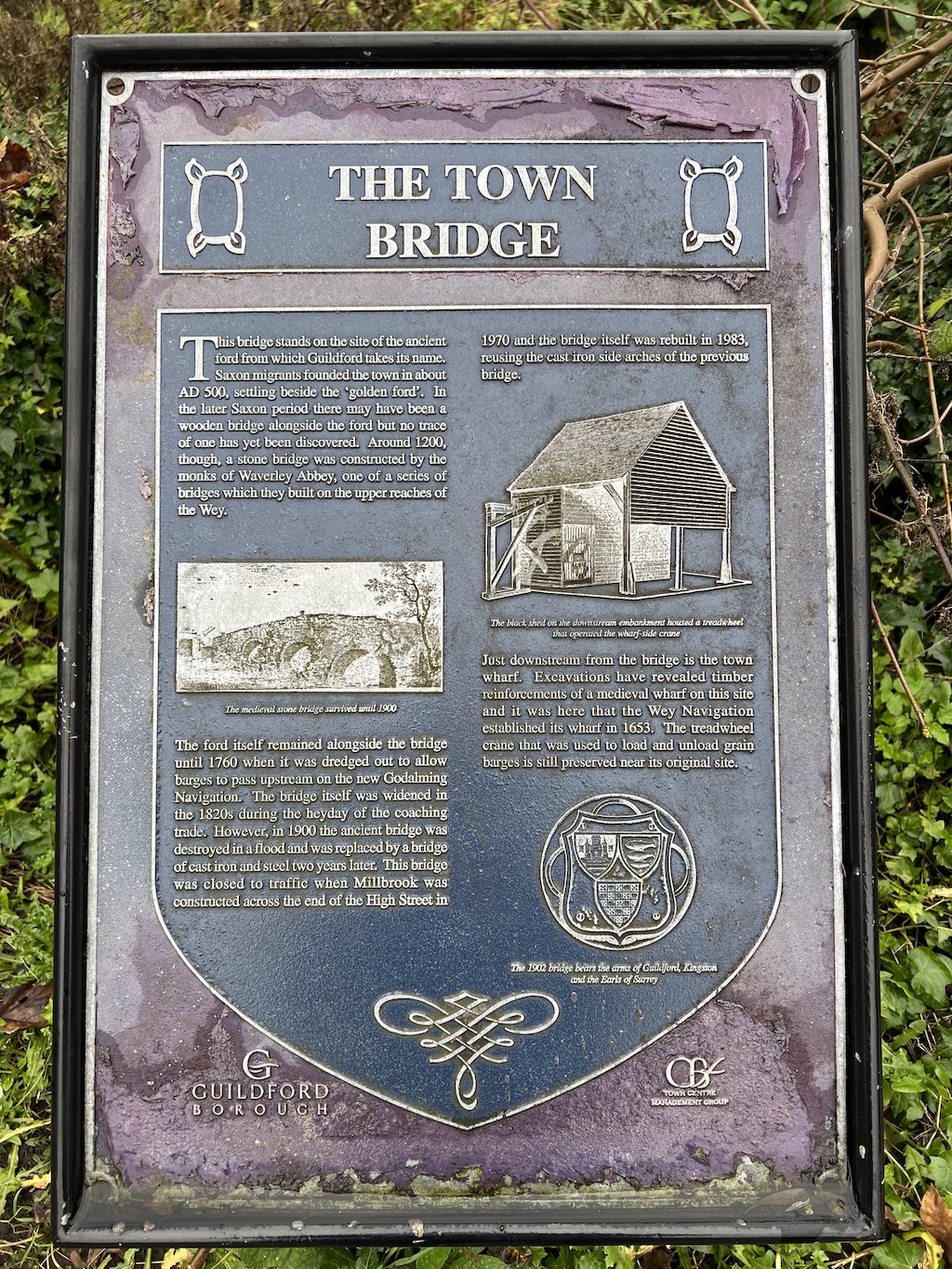