St Mary’s Church is the oldest surviving building in Guildford and is almost certainly the original church of the town. The Saxon settlers Became Christians during the 7th century and there was probably at first a wooden church on this site. The church would have been rebuilt in stone in late Saxon times, the present stone tower being all that survives of this building.

In about 1120, King Henry I gave St Mary’s to the Canons of Merton Priory, who held it until the Reformation. Two transepts were added to the north and south of the tower. Around 1140, the chancel was reconstructed and two side chapels with rounded or apsidal ends added on either side. Later in the 12th century narrow aisles were added, a pillared arcade being opened in the walls of the nave. Early in the 13th century the chancel and the side chapels were remodelled in the current “Early English” style with ribbed vaulting. In the mid 13th century, the aisles were extended to their present size, and the north doorway made, Essentially, St. Mary’s church has changed little since then, though later in the Middle Ages windows were added or replaced and the roofs renewed.

The Reformation in Tudor times saw the painted internal walls whitewashed and the stained glass replaced with plain, in accord with the simpler Protestant services. The chancel was shortened in 1825 to widen Quarry Street – it is said to allow George IV’s coach to pass more easily from Windsor to Brighton. The Victorian age saw a return to medieval church practices and in this spirit St Mary’s was restored in the early 1860s. Fortunately this work was done with a light hand and most of the medieval building was untouched. St Mary’s function as a place of worship continues today as it has for over a thousand years.

Location: By the entrance to St Mary’s Church, Quarry Street 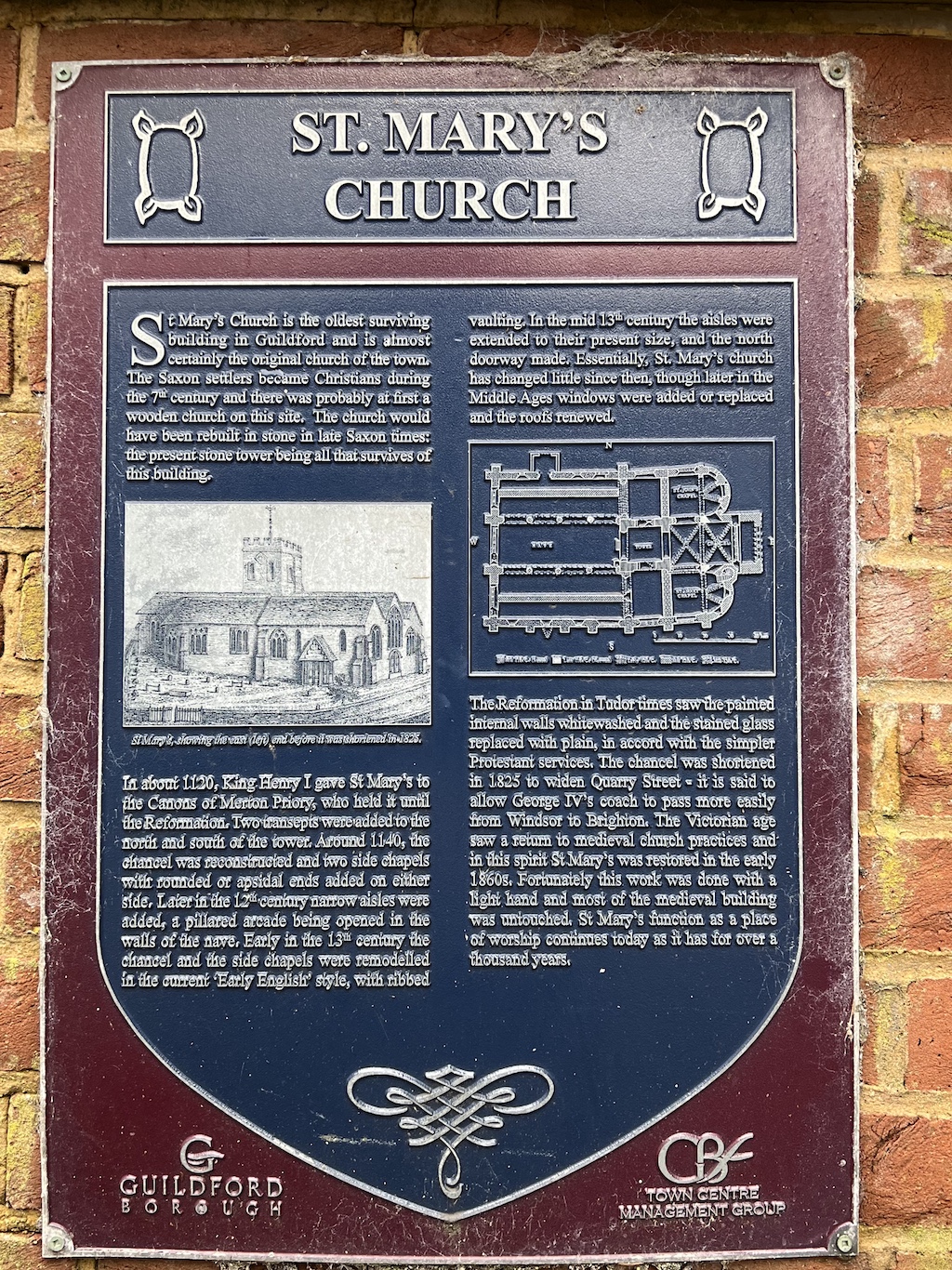