Quarry Street was formerly the main road south to Horsham until Millbrook was built below it in 1961. Originally South Street, it became known as Quarry Street in Georgian times because it led to the great chalk pits just outside the town. The chalk was mainly burnt for lime, which was used as a fertiliser and in building mortar.

Before Stuart times, most of the houses in Guildford were built of timber. The great oak woodlands which covered the southern part of Surrey provided excellent building material and many late medieval and Tudor timber houses survive today. This house, 53 Quarry Street, dates from the early 17th century and has the characteristic “jetty” – the upper floor projecting beyond the ground floor wall. The ceiling timbers inside still retain their original painted decoration. Opposite you can see two other timber framed houses, flanking what is now what is now called Rosemary Alley – once an open drain to the river.

St. Mary’s Church is the oldest in Guildford. The central tower is late Saxon, dating from about 1050. Re-building and extensions over the next 200 years gave the church its present form. The east end – the chancel – used to extend further into the street, making a very narrow passage. It was shortened to its present length in 1825 to allow – so it is said – George IV to travel more easily in his coach from Windsor to Brighton.

Location: On what is currently Olivo restaurant, on Quarry Street 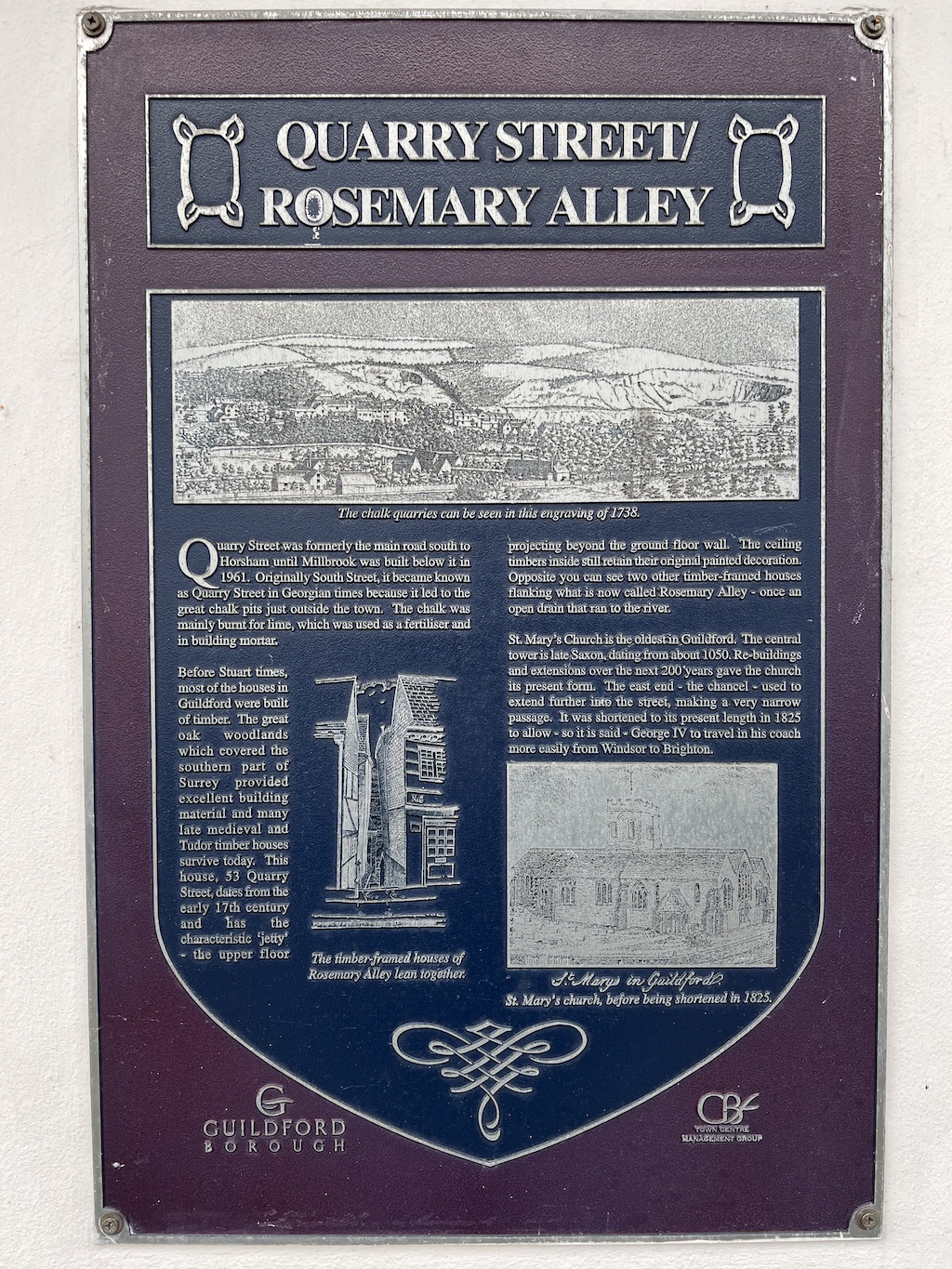