Castle Cliffe Gardens once formed part of Guildford Castle and the bank at the top of the garden marks the position of the original outer wall. The present garden area was an extension added in Henry III’s time. Archaeological digs in the 1990’s revealed the foundations of many buildings. The ruined walls in the corner may well have belonged to The Lord Edward’s Chamber; a set of rooms for Henry III’s young son, later to be Edward I. Henry III spent considerable sums of money on Guildford castle in the 1240’s and 1250’s, making it one of the most luxurious royal residences in England.

James I sold the Castle in 1611 and in about 1630 the Carter family built a house by the Castle Arch, now the museum. These gardens belonged to Castle Cliffe – the house further up the hill – until Mr Harry Stevens gave it to Guildford Borough Council as a public park in 1971.

The house overlooking the gardens called The Chestnuts was the home of Lewis Carroll’s family from 1868 to 1919. Carroll, who lived in Oxford, was a frequent visitor. Alice in Wonderland had been published before he came to Guildford, but parts of his later works were written here. It was while staying at The Chestnuts in 1989 that Lewis Carroll died. In the public garden, behind the house next door, is a statue of Alice looking through the Looking Glass.

Location: By the entrance to Castle Cliffe Gardens, off Castle Hill 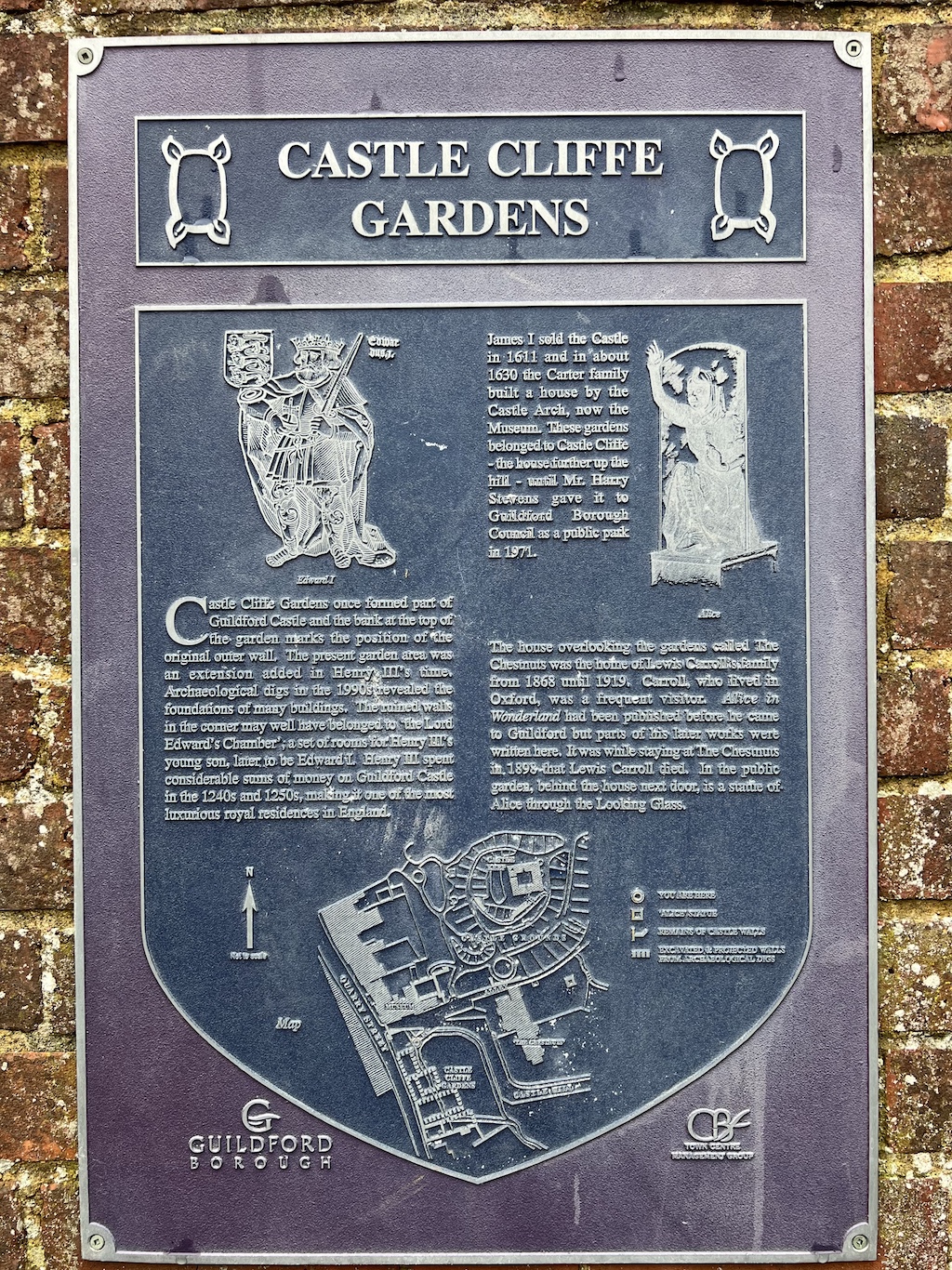