ALICE THROUGH THE LOOKING GLASS

The statue of Alice passing through the looking glass was made by Jean Argent in 1990 and presented to the town by Municipal General Insurance Ltd, to mark the link between Lewis Carroll and Guildford. Lewis Carroll was the pen name of the Rev. Charles Lutwidge Dodgson, an Oxford mathematics tutor. He acquired the lease of the Chestnuts, the house visible beyond the sloping brick wall, in 1868. The death of his father had left him, as eldest brother, the head of a family that included six unmarried sisters. A home was needed for them, and The Chestnuts was ideal.

Lewis Carroll was already famous as the author of Alice’s Adventures in Wonderland. He did not actually live in Guildford – his home was in was in Christchurch, Oxford, but he was the householder, and spent vacations here. In 1871 he completed the second Alice book “Through The Looking Glass” while staying at Guildford. As a clergyman, Rev. Dodgson would sometimes preach at St Mary’s church, nearby in Quarry Street. He would take long walks in the area: during one of these, the inspiration for “The Hunting of the Snark” occurred to him.

The statue stands in what was the garden of Castle Gate, the house beyond the railings. Lewis Carroll had many child friends and was a frequent visitor to little Miss Edith Haydon, who lived at Castle Gate. A keen amateur photographer, he took a picture other standing against the sloping garden wall. While spending Christmas at The Chestnuts, he caught flu and died in January 1898. He was buried in the Mount Cemetery across the river valley from his family home. His sisters continued to live at The Chestnuts until 1919. 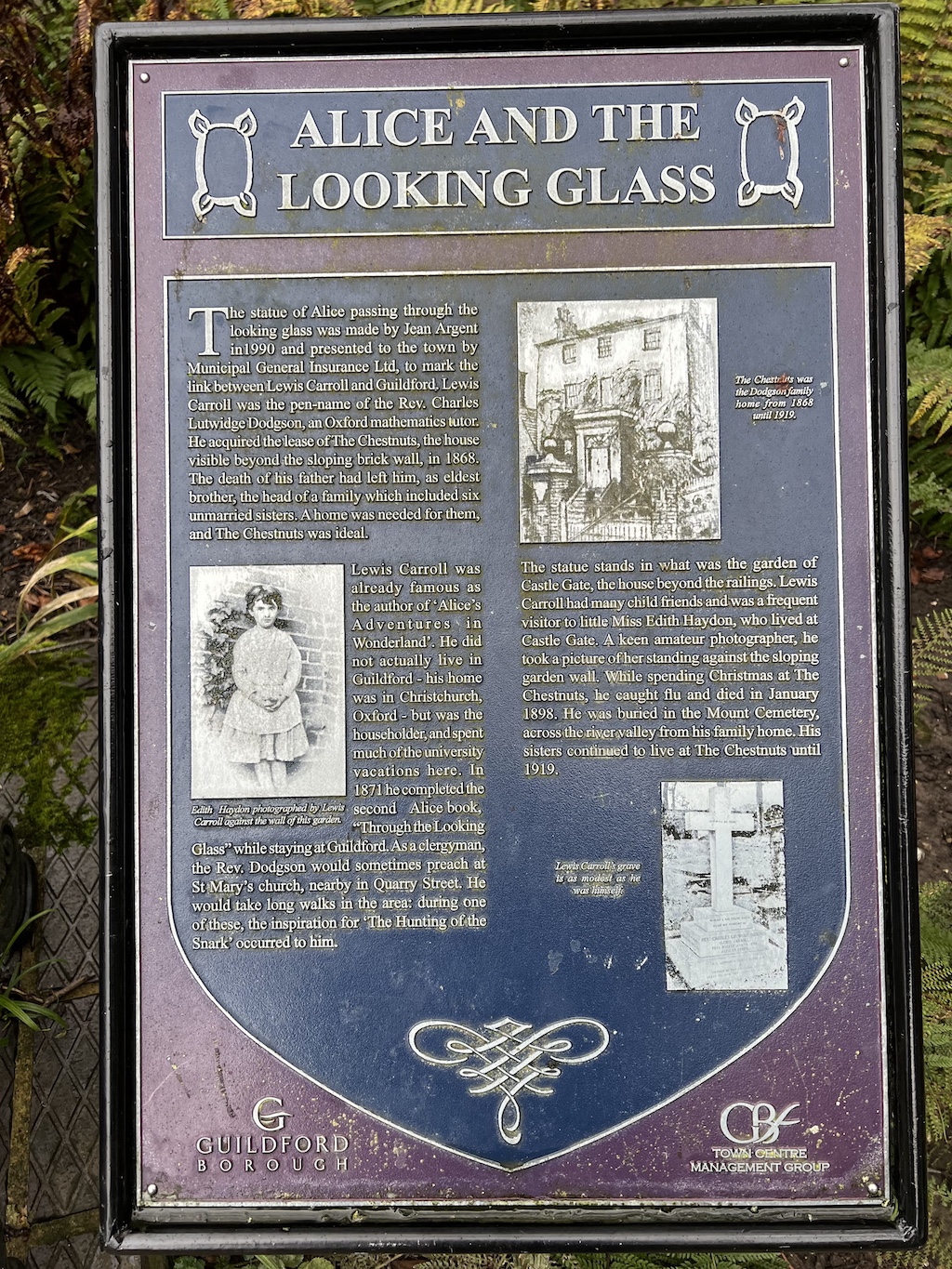