The ruins you can see nearby are the remains of what was once one of the most luxurious royal residences in England. Guildford castle was probably founded by William the Conqueror soon after 1066, with its prominent “motte” around the “bailey” to one side, enclosed by a ditch and a wall. The original bailey ditch seems to have been near the spot where you are standing now, until it was filled in when the bailey was extended to Quarry Street in about 1200. Here in the bailey there would originally have been timber buildings to house the garrison. These would have been replaced with stone during the 12th century, and subsequently Henry III lavished a great deal of money on buildings and decorations here.

The ruin to your right may well have been the King’s Great Chamber, his private quarters when staying at Guildford – as he often did at Christmas. We know from exchequer records that the chamber was panelled with wood, there was glass in the windows and the celling was decorated with moons and stars. The King had his own chapel nearby, as did the queen. Henry’s wife, Eleanor of Provence, was a highly cultured woman who introduced colonnaded gardens and tiled pavements at Guildford.

Location: On the arch that leads from the Castle Grounds to Castle Hill 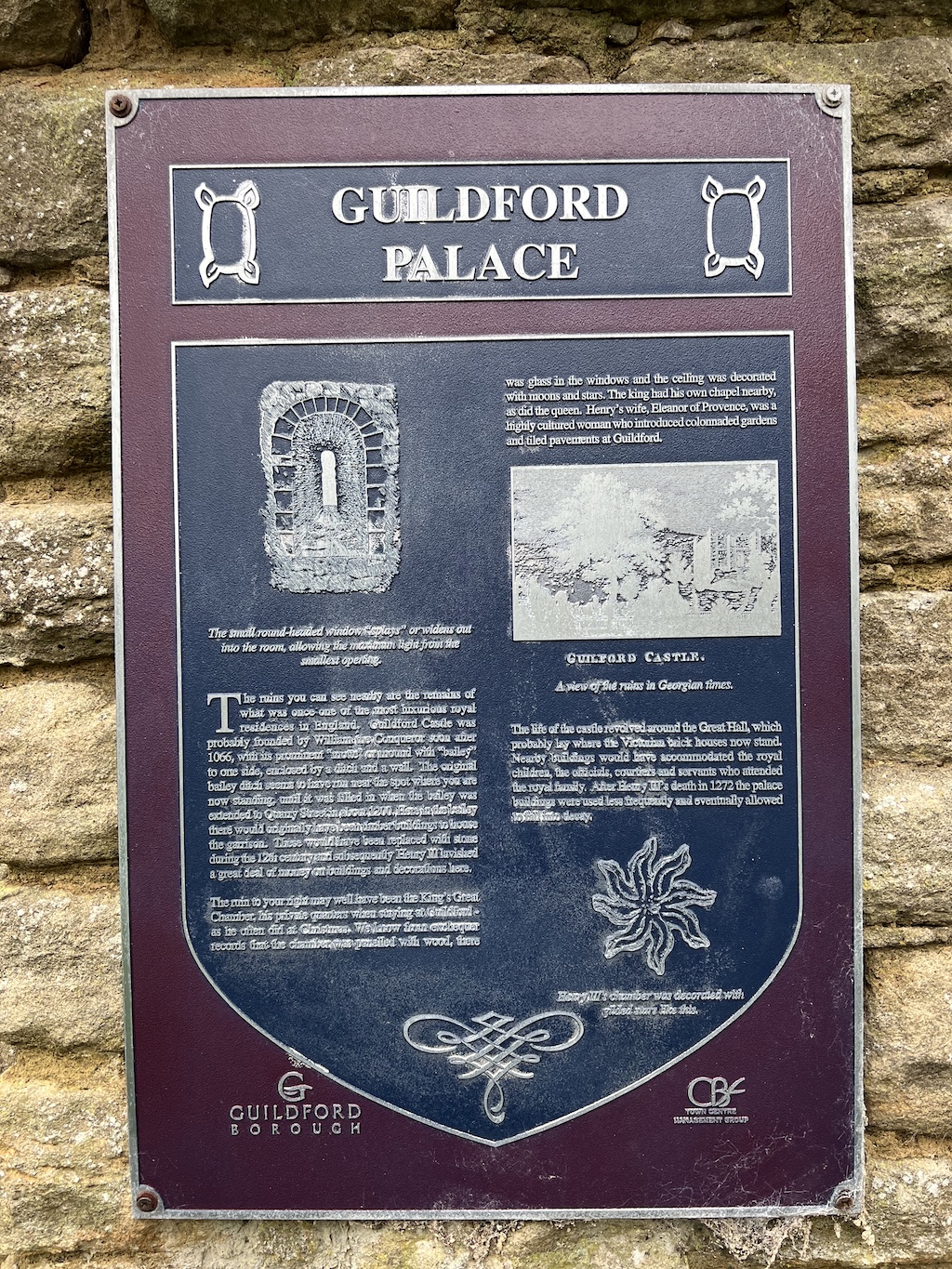