Around 1630, next to the medieval gateway of Guildford Castle, Francis Carter built a “hall-and-crosswings” house, including two fine fireplaces. Later, the house became divided into several tenements and was bought by Guildford Corporation in 1885. In 1898 it was restored to its original form to be the headquarters of the Surrey Archaeological Society. The Society had been founded in 1854 in response to a growing interest in archaeology. It began to acquire antiquities, and in 1898 was able to display them in a permanent museum.

A purpose-built gallery was added in 1911, designed by the local architect Ralph Neville. Since 1937, the museum has been run by Guildford Borough Council, though it remains the home of the Surrey Archaeological Society.

As a consequence, the museum houses the principal archaeological displays for the county. These include the Stone Age, Iron Age, Roman and medieval objects from the local area. Of especial note are Roman priests head dresses, pagan Saxon grave goods and medieval floor tiles. The local history displays cover local trades, industries and social history, including Victorian childhood. There are special displays on Lewis Carroll and Gertrude Jekyll, the garden designer and cottage life collector. A specialist collection needlework covers sewing
techniques such as samplers, patchwork, dress accessories, baby clothes, smocks and lace. There is also a collection of needlework tools. 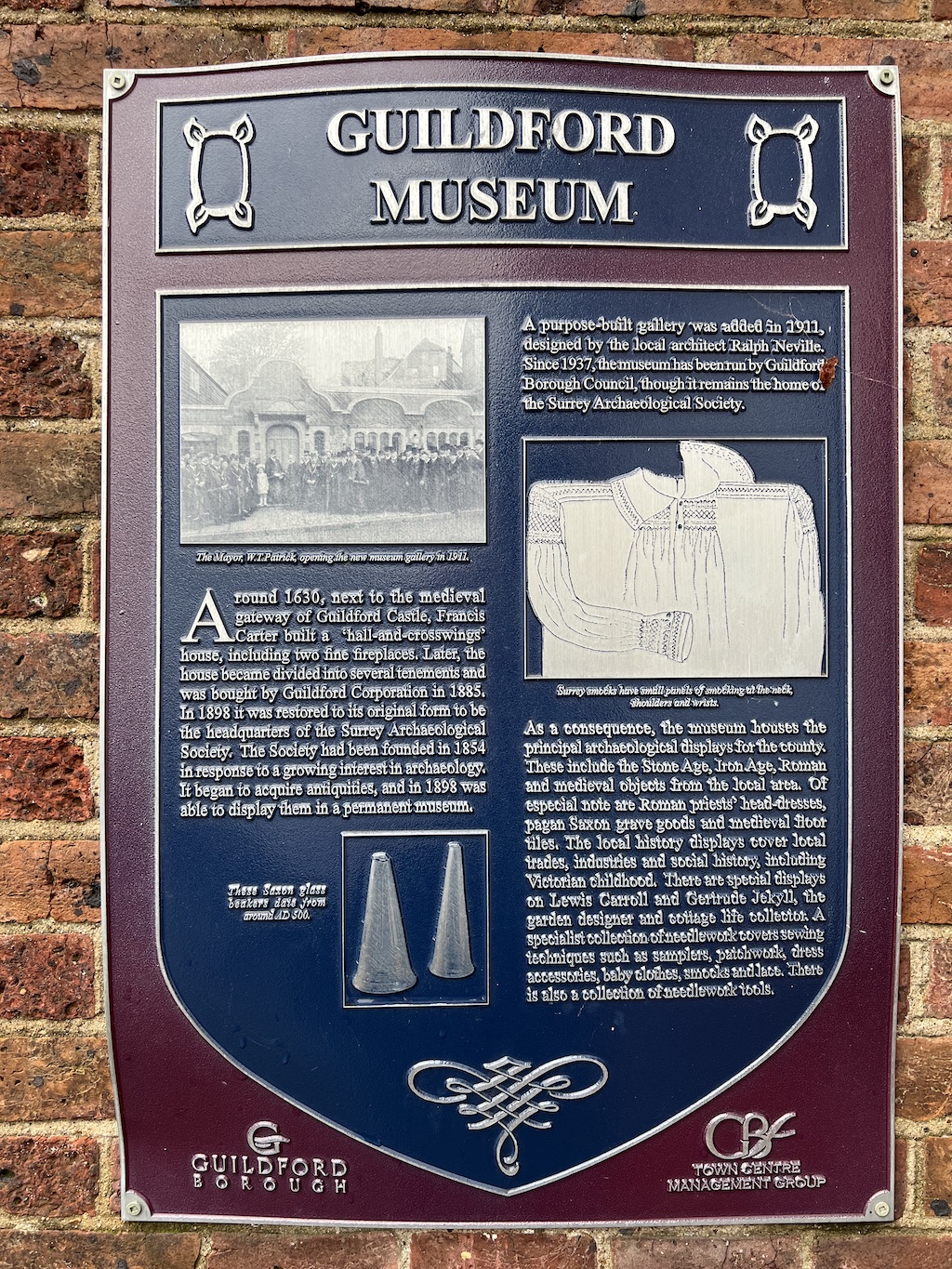