My first experience of triathlon was in 2012 while I worked at Hiscox, taking part in a team super-sprint at Eton Dorney rowing lake. My interest had been piqued by a colleague who was in training for a full-distance iron-man, and I became curious of the format, and wondered what the fuss was all about.

Since early faltering early steps, I’ve progressed to completing tough middle distance races, and am moving from completing to competing.

Having completed the run leg of a super-sprint distance team relay, I set about training for my first solo super-sprint. As I describe in my race report from the event, it was comfortably, and by a country mile, one of the worst (if not the worst) experiences of my life. 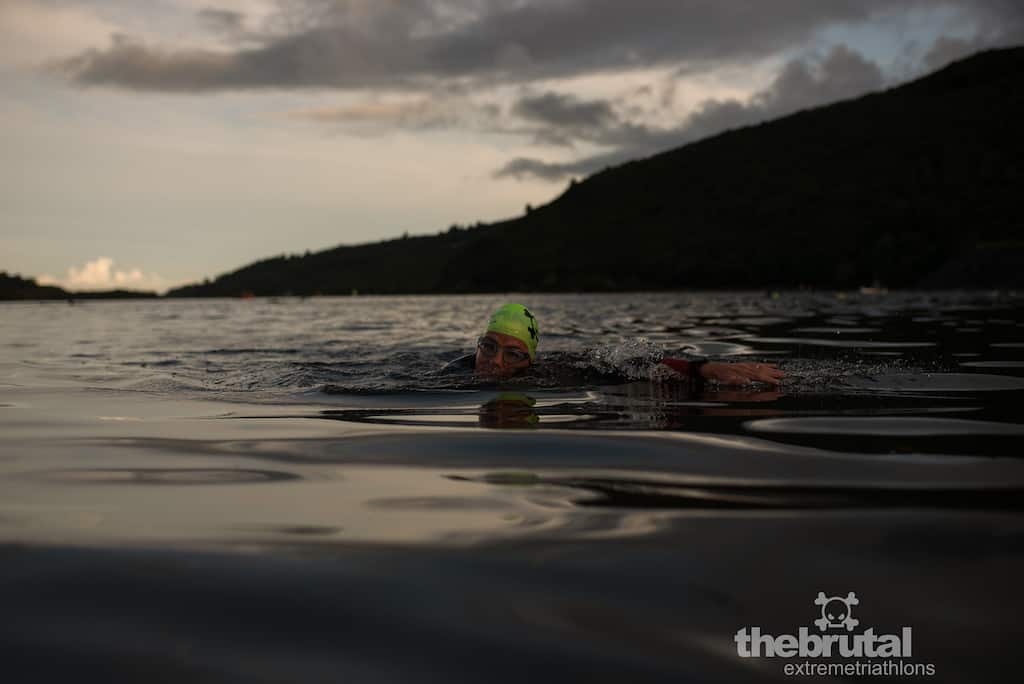 It would be a lie to suggest that I was enthusiastic about the prospect of more open water swimming, but if I’m one thing, I’m determined. I was absolutely resolved to prove to myself and my brain that I wouldn’t be beaten, and would succeed.

Having made big progress on my open water swim confidence, and feeling the need for a big challenge, I entered the Brutal Events half Brutal. I’d seen the event advertised in an in-house hotel magazine, being portrayed as one of life’s “must do” sporting events, along-side the Polar Night Half Marathon, and the Midnight Sun marathon. With only a year from entering to competing, and only having ever completed events as long as Sprint, this was a big jump!

Applying my structured approach to training and events, I took part in the Slateman triathlon, set in the captivating, if challenging, surroundings of Snowdonia. This meant I would have swum in Llyn Padarn before swimming it “for real” in September at The Brutal.

I selected the F3 Events Marlow Fugitive middle distance as my first middle distance race, knowing that I had to have completed at least one competitive race at that distance before heading to Snowdon.

After a heavy training schedule, and having swum Llyn Padarn and completed a middle distance triathlon, I was about as ready as I practically was going to be. In my Brutal Race report, I recount panic attacks, tearful moments and massive pride in a job well done.

In the aftermath of The Brutal, and before committing to a big 2018 race, I needed a goal for my training. This was provided by the Human Race BallBuster – a notoriously tough duathlon set at Box Hill. My BallBuster duathlon race report looks at my achievement, as well as tough lessons learned.

Having always sworn blind that I would never, repeat never, run a marathon for several reasons, in a moment of rashness that I am yet to fully understand, in late 2017 I found myself having clicked “Confirm” on the Manchester Marathon 2018 website.

The experience at The Brutal had left mixed emotions in my heart. The event as a whole had been truly amazing, while the swim had been massively disappointing. For months, I flim-flammed between The Brutal, The Braveheart, and The Helvellyn Triathlon. Each had its merits and drawbacks.

The Brutal was unfinished business. Coupled with my love of Snowdonia, I knew that if I came out of the water in the main group, I could chase people down, and have a serious shot at a good placing in my age group.

The Braveheart had the appeal of being new, and if the weather was kind, summiting Ben Nevis would be unbeatable, but it’s a trek too get to Fort William.

The appeal of the Helvellyn Triathlon was a combination of being new, and very demanding.

Figuring that I needed to “pee or get off the pot”, and knowing that I was procrastinating, I settled for The Brutal. A large part of this is a single-minded, bloody-minded determination to crack Llyn Padarn, and prove my full potential to myself.

I joined Phoenix Triathlon in the Autumn of 2016 as part of my training and preparation for The Brutal. I also wanted to get to the next level of training, and to benefit from the support, encouragement and knowledge of experienced triathletes. While out on a club run on a Thursday night in December, I was approached for the position of club secretary. Knowing I was perpetually busy, I hesitated, but was drawn to the idea of putting my time and skills to good use.

For my own purposes, I maintain a record of the events that have meant the most to me. My palmares if you will.

Tracing my family name, as far back as the 1700's in Leeds

UK and overseas travel, with a passion for wildlife