The Royal Grammar School was founded by Robert Beckingham (a London merchant and probably a native of Guildford) who died in 1509 and whose will left property to set up a free school in Guildford. The school was established in 1512 alongside the castle until, in 1552, it was re-endowed out of former charity lands by King Edward VI.

This site was acquired by the Corporation and construction of a new school was begun in 1555. It consisted of a school room on the south and two houses for the Schoolmaster and his Usher on the west and east respectively. A screen wall with a gallery above was added to the street side, thus completing a quadrangle. The work was completed in 1586.

Grammar School boys are recorded as playing “creckett” in about 1550 and this has often been thought to be the first reference to the game.

Grammar meant essentially Latin, and the boys were taught to read, write, and speak it. It was the language not only of the classics and the learned professions but also the religious books that were such an important part of Tudor education. In its first hundred years the school produced two Lord Mayors of London and five bishops, one of whom was George Abbot, who became Archbishop of Canterbury. Archbishop Abbot provided Guildford with an almshouse, the Hospital of the Blessed Trinity, a few hundred yards to the west of the school.

John Parkhurst, Bishop of Norwich, left his Latin books to the school in 1575, and they remain, attached by iron chains to the shelves in the gallery.

At first, teaching was free but, as the endowments proved increasingly inadequate, later schoolmasters took in fee-payers. the school’s fortunes fluctuated in the 18th and 19th centuries until it was completely re-organised in 1889. In the twenty years that followed, science classrooms and a gymnasium were added behind the original Old Building. The New Building across the street was opened in 1965. 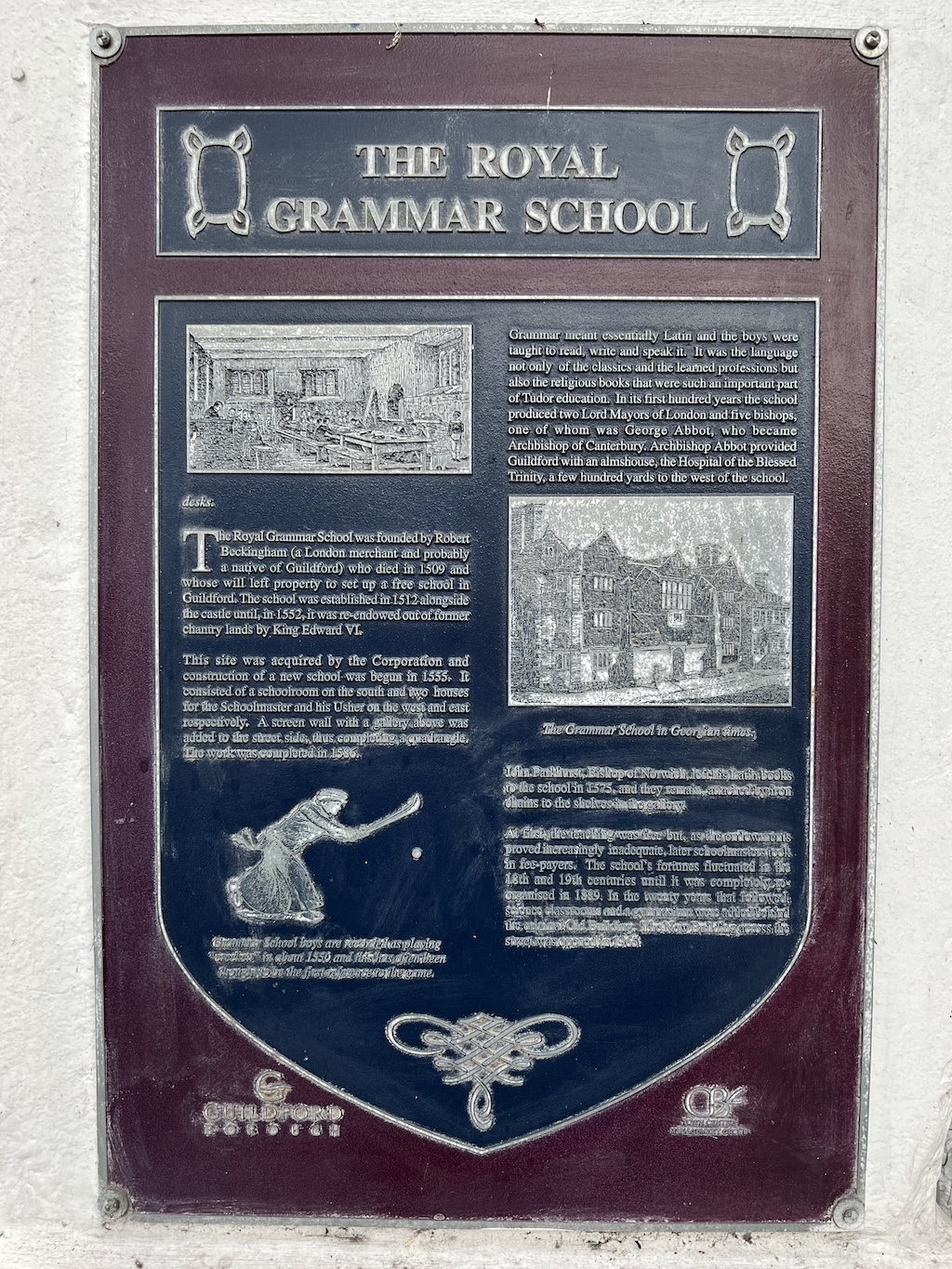