Charles Seymour, 6th Duke of Somerset (1662-1748), was known as the ‘Proud Duke’. He would often stay overnight in Guildford when travelling between London and his seat at Petworth. It is said that his irascible nature led him to quarrel with every inn keeper in the town. Eventually he decided to buy his own house, just outside borough boundary. It is a good example of the contemporary Queen Anne style, with fine brickwork and a gable and entrance steps in the Dutch manner. It was extensively refurbished in 1847, but remained a private house until the 1920s, when shop fronts were knocked through the street frontage on either side of the entrance steps.

The upper High Street has had various names in the past, most notably Spital Street. This was short for Hospital Street, and referred to an ancient leper hospital which stood at the junction of the London and Epsom Roads until the 1840s. An alderman’s wife, Mrs Quittenton, considered the name improper and in 1901 led a successful campaign to have it changed to ‘Upper High Street’. In 1961 it was formally included in the High Street, and all the addresses were re-numbered.

Across the street, the North side has been almost entirely rebuilt from 1931 onwards, in order to widen the roadway for motor traffic. 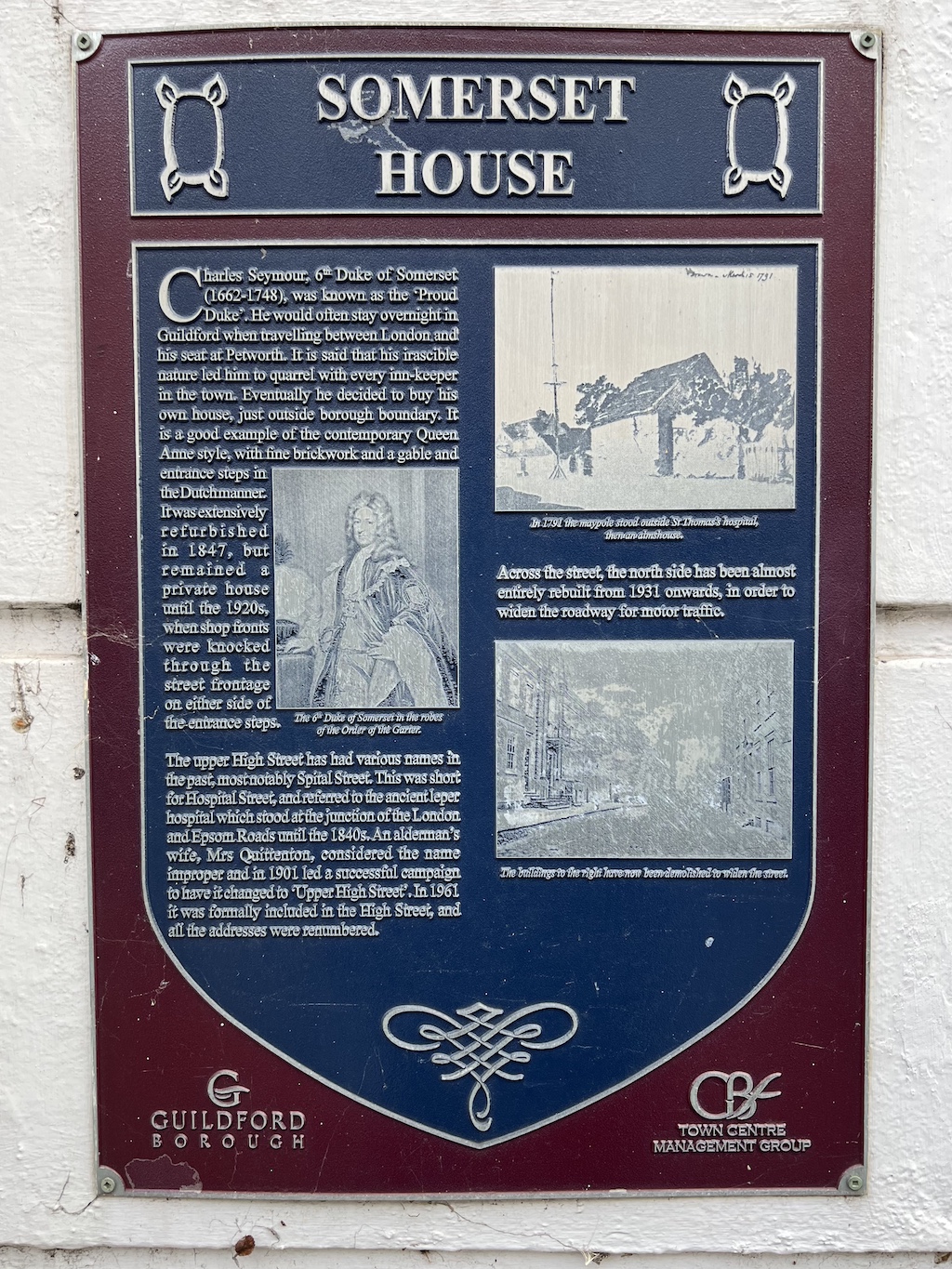