George Abbot was born in Guildford in 1562, the son of a cloth-worker. He received a good education at the Royal Grammar School and went up to Oxford. He was a talented scholar, particularly of classical languages. He befriended King James I and was one of the translators of the Authorised Version of the Bible. The King favoured Abbot, making him first a bishop and in 1611, Archbishop of Canterbury.

As Archbishop, Abbot became a wealthy man and he decided to reward the town of his birth and education by building a “hospital” – an almshouse where elderly Guildford men and women could lead out their lives in comfort. The design is very similar to the Oxford and Cambridge colleges in which Abbot had spent most of his life. The massive gatehouse with its domed turrets and the gables of the crosswings are typical of the Tudor brick style. This style was somewhat old fashioned by 1622 When it was completed. Around the quadrangle inside there were a chapel, common rooms, and apartments for twelve “Brothers” and eight “Sisters”.

The latin text above the door means “God has made this place of ease for us”.

Abbot’s arms – a chevron between three gold pears – is halved with the arms of the See of Canterbury. 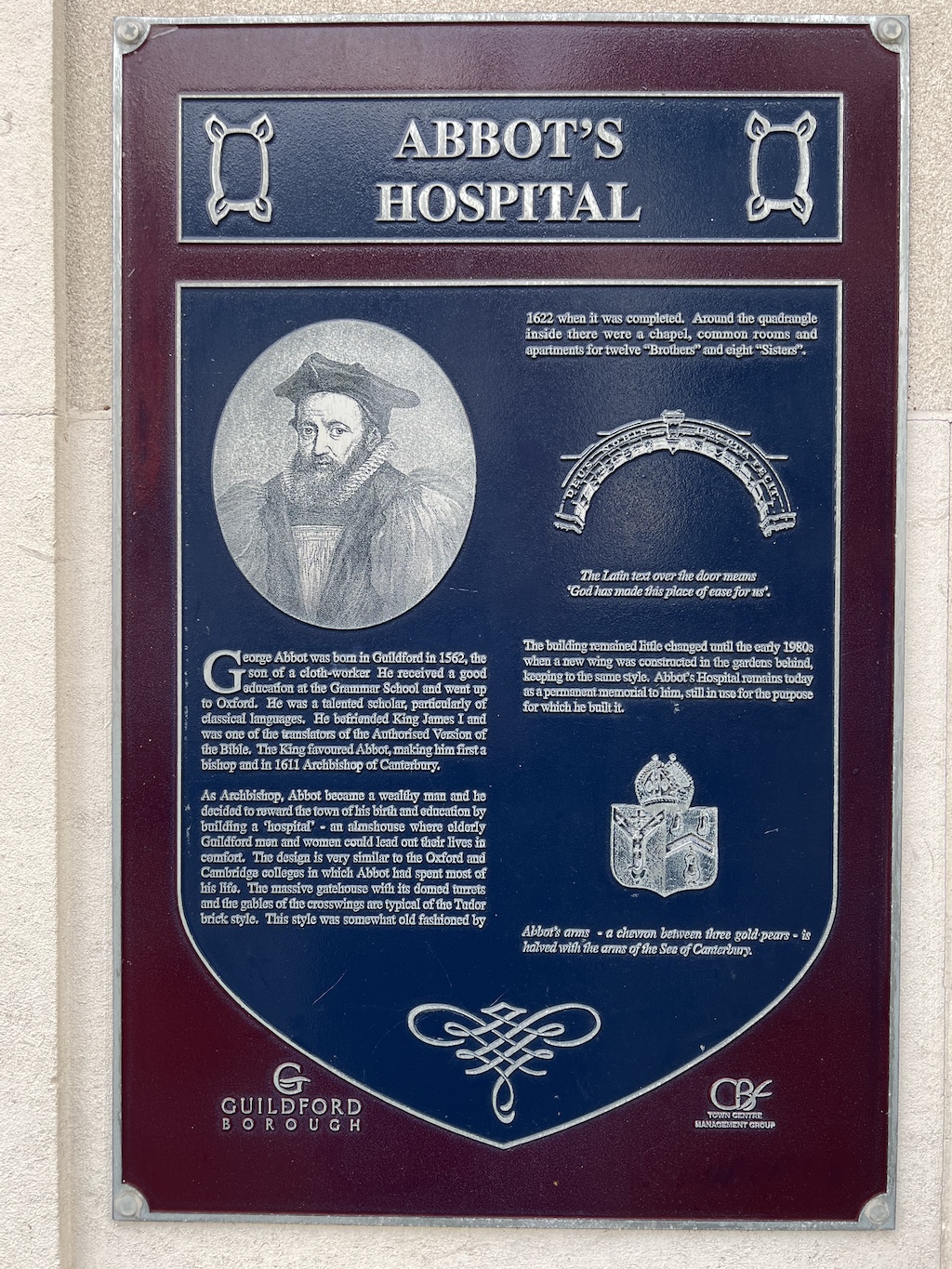