ALICE AND THE WHITE RABBIT

The statue of Alice, her sister and the White Rabbit celebrates Guildford’s connection with Lewis Carroll. It depicts the opening scene of “Alice’s Adventures in Wonderland” and was made by the local sculptor Edwin Russell in 1984. It stands on what was once an island, called Westnye, or later Bennet’s Island’. A channel once ran where the roadway is now, which served as the millstream for Artington Mill, which stood where the White House is now. The riverside meadow belonging to this mill was known as Millmead. The mill closed in the 17th century and the stream was filled in during the 18th century.

The stone bridge was probably built by the monks of Waverley Abbey around 1200. The name of the island is commemorated in Westnye Gardens, which has an interesting sundial. On this side of St Nicolas church is the glass wall of the Parish Room, built in 1977.

Until the 1960’s, Moon’s Timber Yard stood there across the river. In the flood of 1900, planks floating downstream became jammed under the arches of the ancient bridge and the pressure of water caused the stonework to collapse. A single-arch iron bridge was built in 1902.

There is memorial to Dr John Monsell, Rector of St Nicolas and author of such hymns as Fight the Good Fight, who died in 1875 during the building of the present church. Below the old bridge can be seen the sandy riverbed that may have inspired the town’s Saxon name, Gyldaford – “the Golden Ford”.

Location: On a wall on Millmead, opposite what was Debenhams, and before that, Plummers 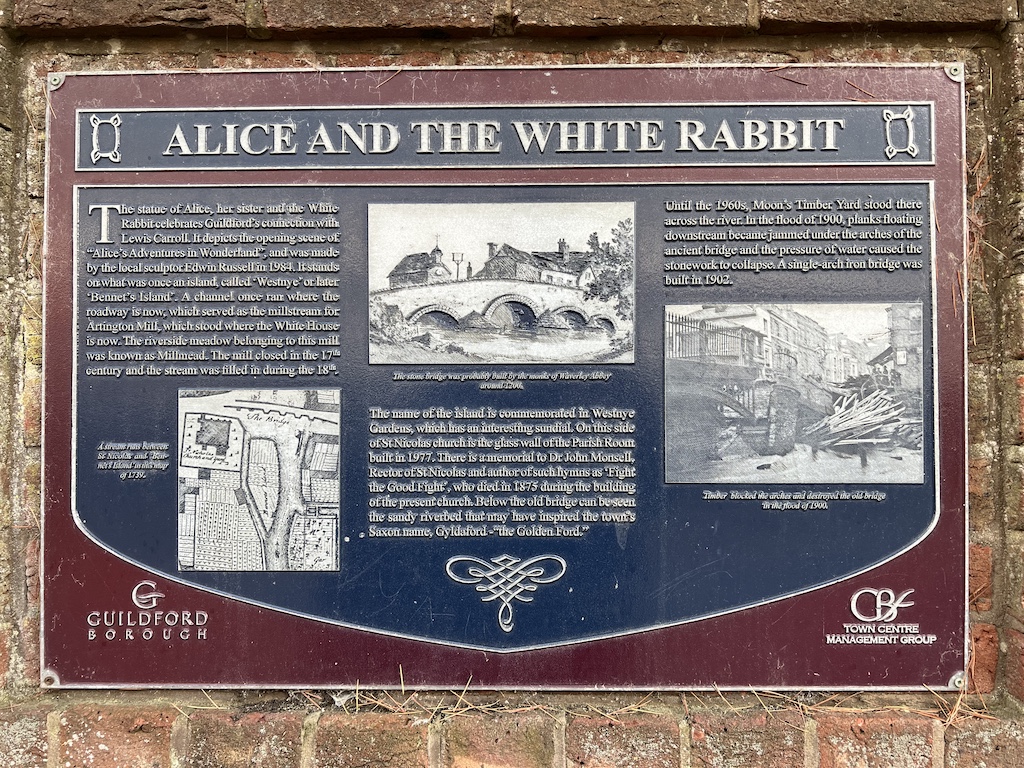