THE WEY AND GODALMING NAVIGATIONS

Sir Richard Weston wished to make the River Wey navigable between Guildford and the Thames. He had already experimented with locks and irrigation channels on his estate at Sutton Place, north of Guildford. In 1651, an Act of Parliament empowered a group of men led by Weston to carry out the work. Although it proceeded rapidly, the project went over budget and there were many disputes about the finances. Despite these troubles the Navigation was finished by 1653 and was an immediate success.

The Wey Navigation reached as far as the Town Wharf, just downstream of the bridge. In 1760 another Act of Parliament was obtained for the navigation upstream to Godalming. The Godalming extension involved enlarging centre arch of Guildford’s Town bridge and dredging out the ford alongside it to allow the barges to pass. Millmead Lock was built here in 1762 to raise barges to the millstream, embanked above the natural level of the river.

The principal cargoes carried were timber, coal, and corn. Many other goods were carried, notably gunpowder from the (gunpowder) mills at Chilworth, and chalk from the nearby quarries for lime. The arrival of the railway in 1845 began the decline of the Wey and Godalming Navigations, but they continued to carry commercial cargoes until 1969. The navigations were presented to the National Trust by their last owner – Harry Stevens, and while no longer carrying cargo, are much used by pleasure craft. 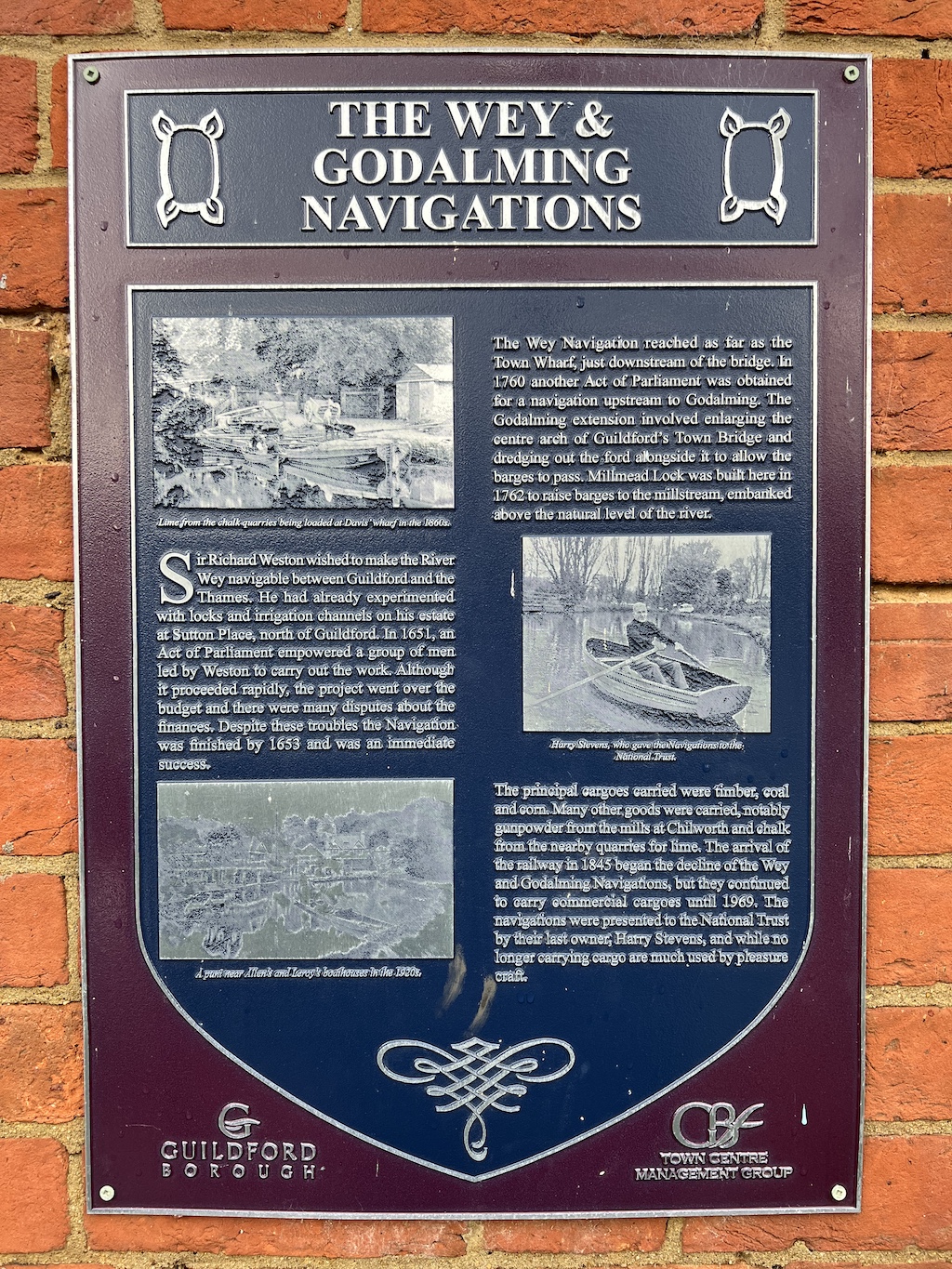