In the gardens opposite can be seen remains of this great palace. The standing walls are probably part of the private quarters built for the young prince Edward – later Edward I – in 1246. Excavations have revealed the foundations of other palace buildings beneath the present garden.

Guildford Castle was probably founded soon after 1066, with the prominent “motte” on which the keep now stands and the bailey to one side enclosed by a ditch and a wall. The original bailey ditch ran under the chestnut tree you see behind you. In about 1200 this was filled in and the bailey extended into this area. The gate you see in front of you was constructed in 1256 by John of Gloucester, King Henry III’s master mason. At this time Henry was lavishing a great deal of money on buildings in the bailey, making it one of the most luxurious royal residences in England. On either side of the gateway can be seen the grooves in which the portcullis slid.

The portcullis was a spiked grill which slid up and down in the grooves on either side of the gate.

In 1630 the northern gate tower wall was adapted as the end wall of this house. Clad in brick with tile-hanging on the upper storeys, it is of the hall-and-crosswings plan characteristic of the local style. It was built by Francis Carter, who had acquired the castle from James I in 1610 and had attempted at first to live in the keep. Since 1898 it has been Guildford Museum.

The doorway to “the Lord Edward’s Chambers was revealed in excavations in the 1990s.

Location: On the end of Guildford Museum, behind Castle Arch, Castle Hill 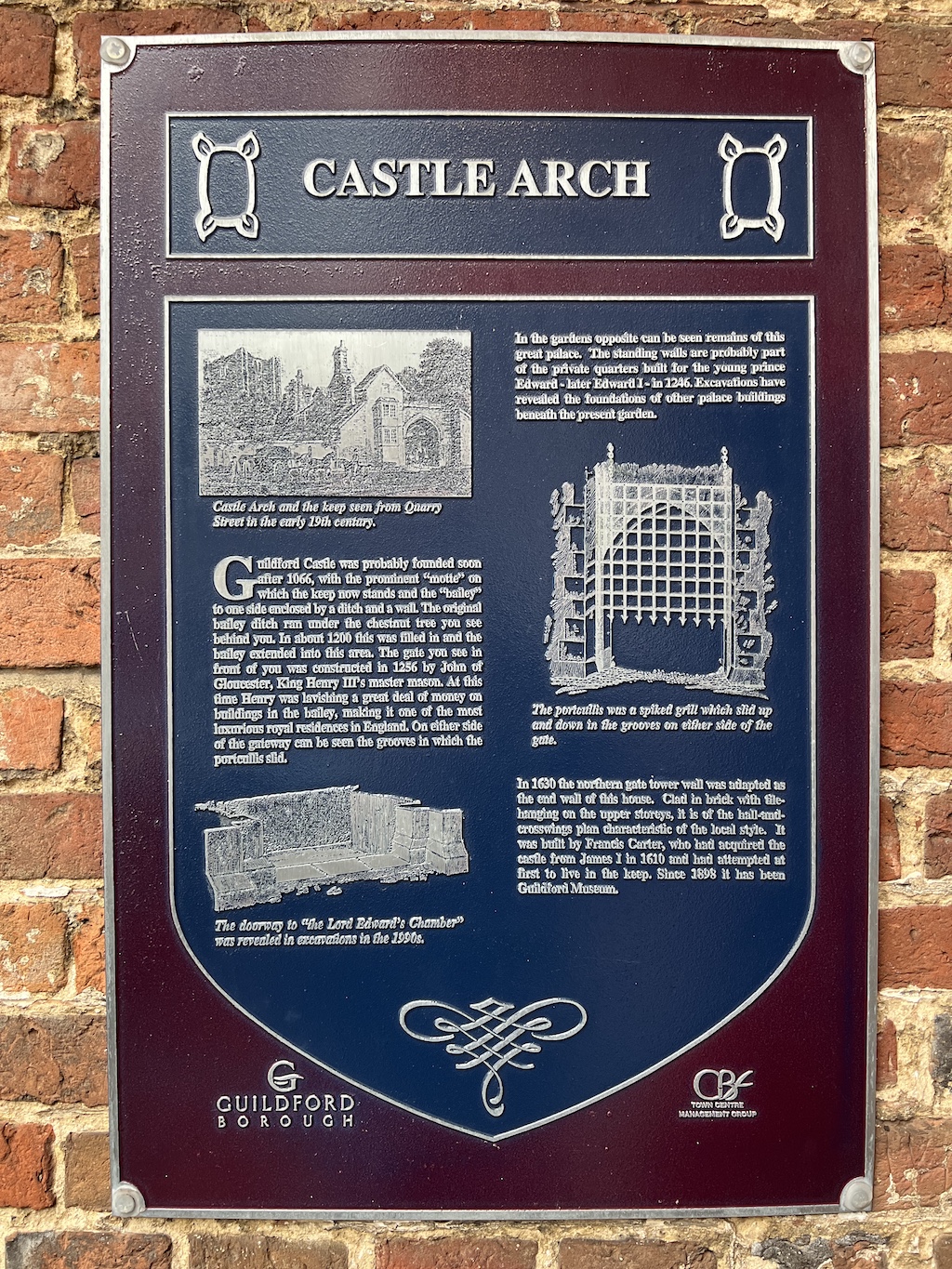