The Guildford friary was established in 1274 or early 1275 by Eleanor of Provence, widow of Henry III. The friars were Dominicans, known as Blackfriars because of their robes. They lived mainly by begging, and used their friary as a base for preaching tours in the area. It was closed down by Henry VIII in 1538, and the buildings eventually demolished. In James I’s reign, a mansion house was built on the site, called The Friary, which was knocked down in 1818, to make way for industrial development. The Friary Brewery was set up in the 1860s and became a major employer in the town. However, it closed in the 1970s and was demolished to make way for the Friary shopping centre, opened in 1983. Through the centuries, the name of the friary has been preserved.

Beyond the shopping centre can be seen Rodboro Buildings. This was the first purpose-built motor factory in England, built in 1901 by Dennis Brothers. They moved to much larger works at Woodbridge in 1919 and the premises were taken over by the Rodboro Boot & Shoe Company.Until 1969, Friary Street carried motor traffic from the High Street. It was then pedestrianised as part of the extensive reconstruction for the present gyratory road system. On the left hand-side, two gables can be seen preserved in the modern development. These were part of the Bear public house dating from Tudor times. In the open space at the junction of Friary Street and North Street a tank was parked in 1919. It was intended to mark Guildford’s contribution to fundraising during the First World War, but many former soldiers had no wish to reminded of the trenches, and the tank was cut up for scrap in 1923.

Location: On the Friary, corner of North Street and Friary Street 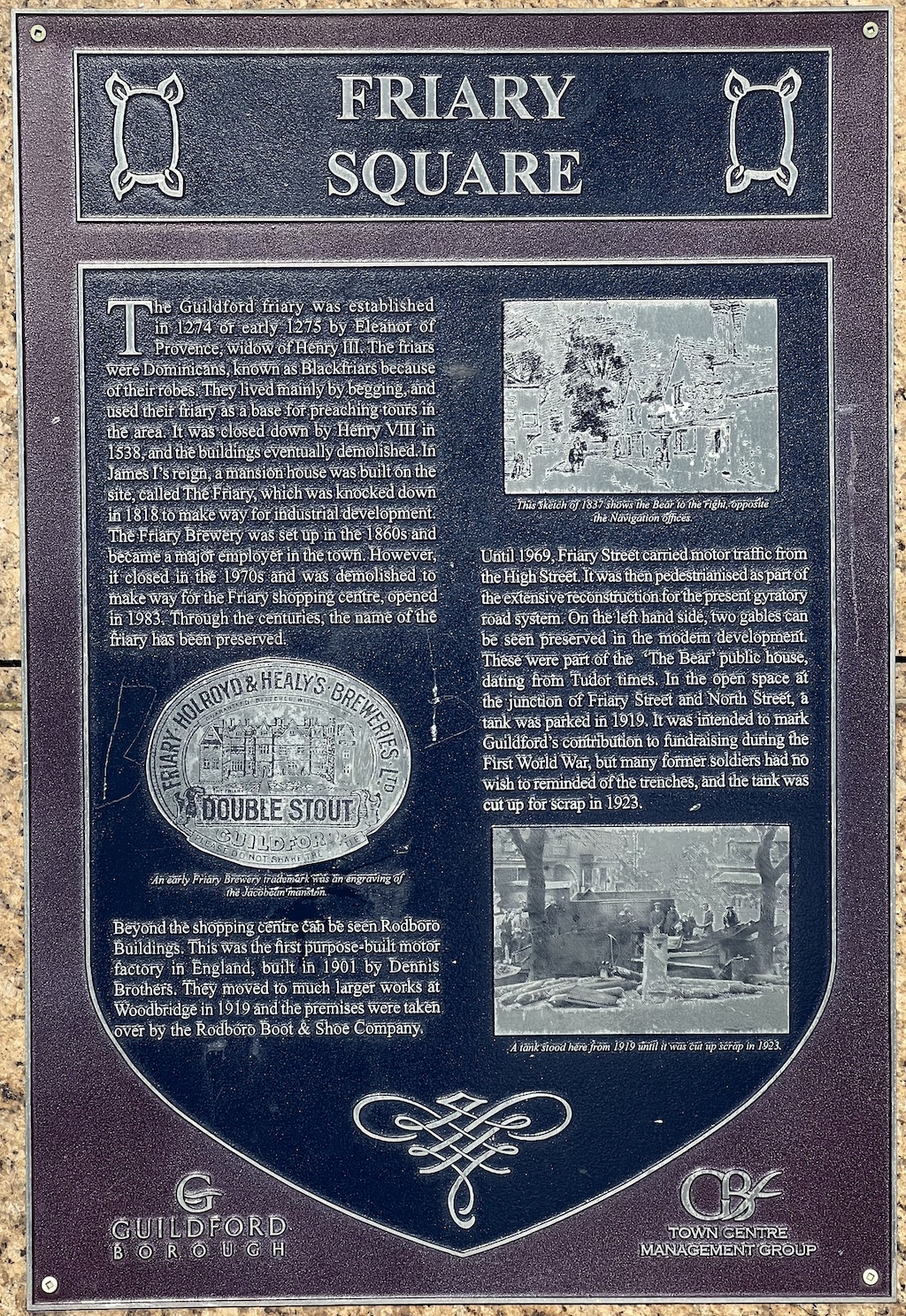