In the Middle Ages, this was the site of the Guildford Friary. It was a house of the Dominican order, known as the black friars because of the colour of their habits. The Guildford friary was probably founded in 1274 or 1275 by Eleanor of Provence, the widow of Henry III.

Friars were not monks. Monks chose a life prayer and worship shut away from the outside world and so built their monasteries in the open countryside. Friars, on the other hand, sought to save souls through preaching and so they settled large towns to reach as many people as possible.

The main building was the church, to one side of which was the square courtyard or cloister surrounded by the buildings where the friars lived. Guildford was small in comparison with friaries: there were never more than 24 friars.

They lived mainly by begging, though they sometimes received gifts from the King. In 1538, Henry VIII closed the Guildford Friary and the buildings were destroyed. A mansion was built on the site and then, in Victorian times, the Friary Brewery. When the brewery was demolished archaeologists investigated the site before the present Friary shopping centre was built. 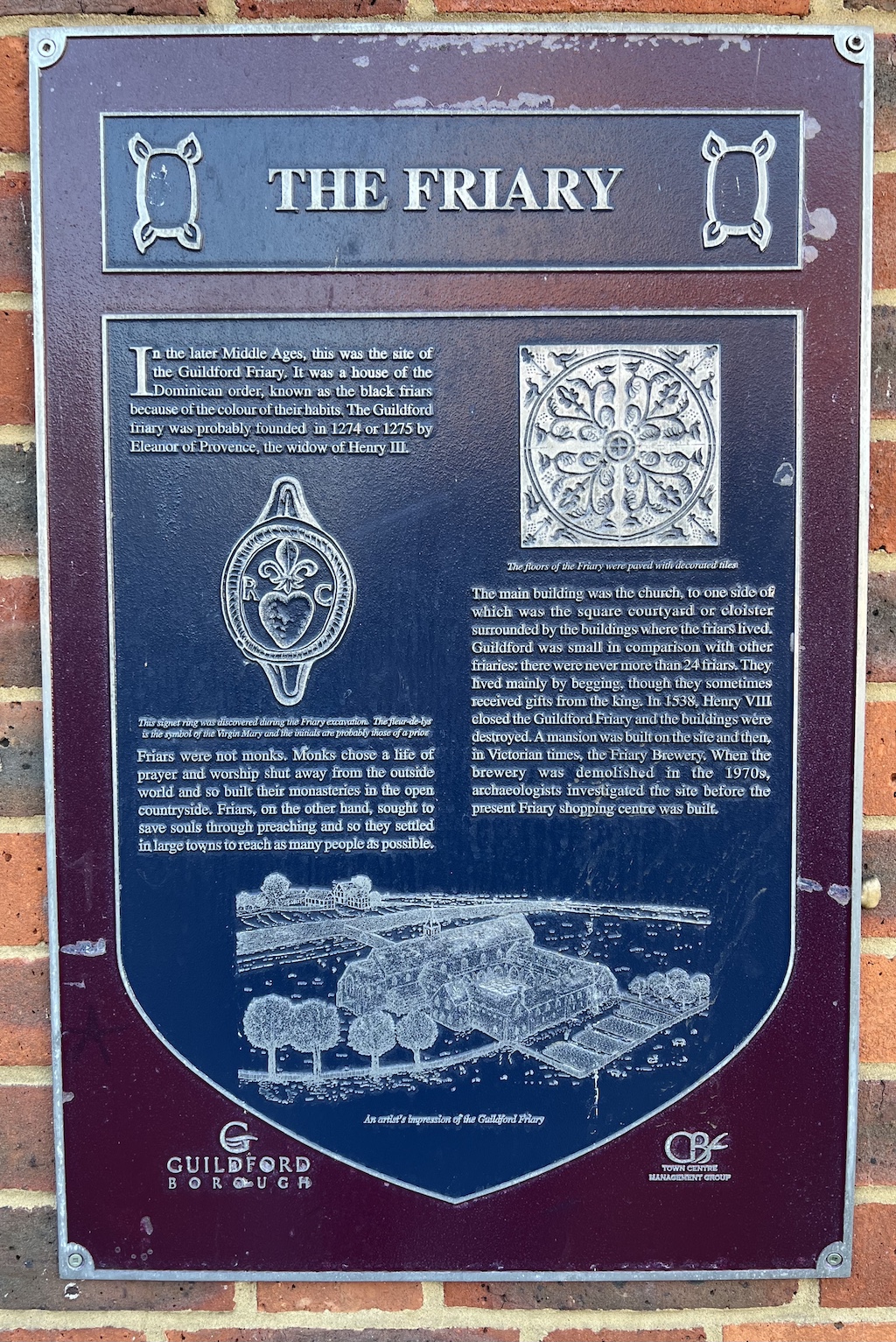