The Angel is the only survivor of Guildford’s many famous coaching inns. Situated half-way on the two-day journey between London and the south coast ports, Guildford became an overnight stopping place for travellers. In 1636 the poet John Taylor wrote of Guildford, “This towne hath very fine inns and good entertainment at the taverns, the Angell, the Crowne, the White Hart and the Lyon”. The Angel has been an inn at least since Henry VIII’s time. Its Tudor timber-framing is visible behind the frontage added in 1820 at the height of the stagecoach era.

A “Posting House” was where a traveller in a hurry could swap a tired horse for a fresh one. You could leave your horse to be looked after at “Livery Stables”.

The coming of the turnpikes in the 18th century revolutionised road transport. These were privatised main roads, where tolls were paid at gates and the income used to maintain a good road surface. The Portsmouth Road was turnpiked in 1749 and the road over the Hog’s Back to Southampton in 1758. This enabled coaches to complete the journey in one day and travellers no longer needed to spend the night in Guildford. The Royal Mail was carried at first on horseback by boys who “posted” – that is, they changed their tired horses for fresh ones every ten or twelve miles. (We still refer to the mail as “the post”.) In 1784 the mail began to be sent by coach and the early part of the last century saw a boom in the coaching trade. However, the coming of the railway to Guildford in 1845 saw the disappearance of the coaches almost overnight. Not only was the train faster and more comfortable, it was far cheaper. One by one the town’s High Street inns closed and became shops. Now only the Angel remains. 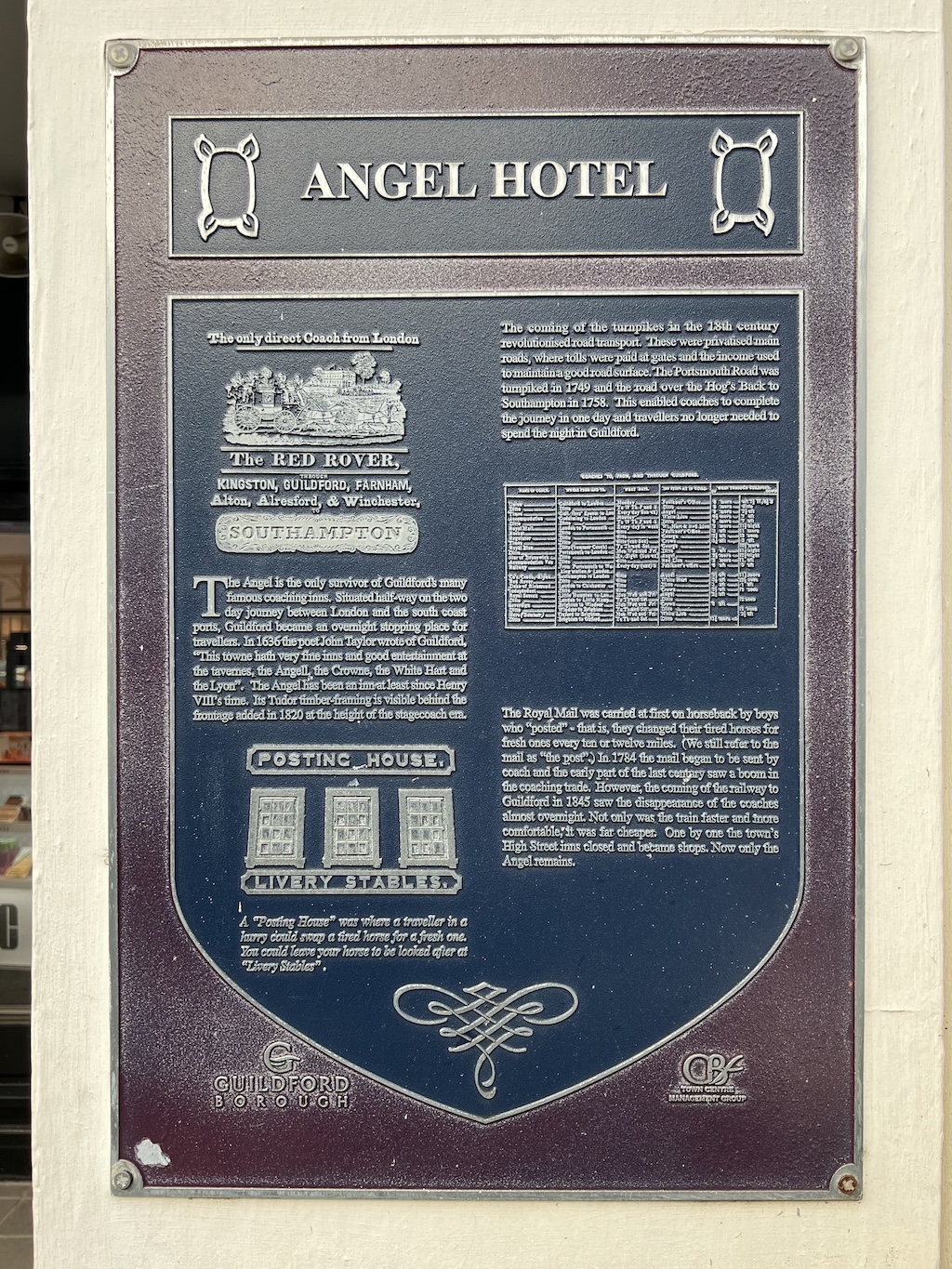