This brick and concrete building is one of two which protect the ventilator shafts to the tunnels of the air raid shelter 50 feet below. The vertical shafts had rungs set into them, with doorways at the top, so that they could be used as emergency exits if the main entrances were blocked.

In October 1940 experiences of The Blitz in London showed the shortcomings of the air raid shelters in use then. The government proposed that tunnel shelters be constructed, deep enough below ground to resist the heaviest bombs. In Guildford the disused chalk pit known, as Foxenden Quarry, already had slit trenches to act as shelters for the children of the nearby Sandfield School. Guildford Borough Council decided to provide a shelter capable of accommodating a thousand people by digging into the chalk face and excavating a grid of connected tunnels. There would be bunks, lighting, ventilation, sanitation, a shelter marshal’s office, and a first aid post.

Chalk is very suitable for tunnelling, being easy to dig but stable and unlikely to collapse. At first it was thought that the tunnels would not need lining, but in the event some sections were lined with brick and concrete. Three blocks of male and female toilets had cubicles containing Elsan lavatories – basically buckets containing disinfectant with wooden seats. There was no piped water supply, but bottled water was available. The St John Ambulance Brigade was to supply volunteers to man the first aid post.

The construction took about a year to complete, by which time the worst of the bombing raids were over. In fact the shelter was very little used, and parts of it became storage. However, in June 1944 a fresh danger threatened – flying bombs – and the shelter was again used as a refuge for the town. When the flying bomb menace faded though, it was clear that the Foxenden Quarry Deep Shelter was no longer needed, and it closed in November 1944.

Location: Side of brick tower, next to basketball court, Allen House Gardens 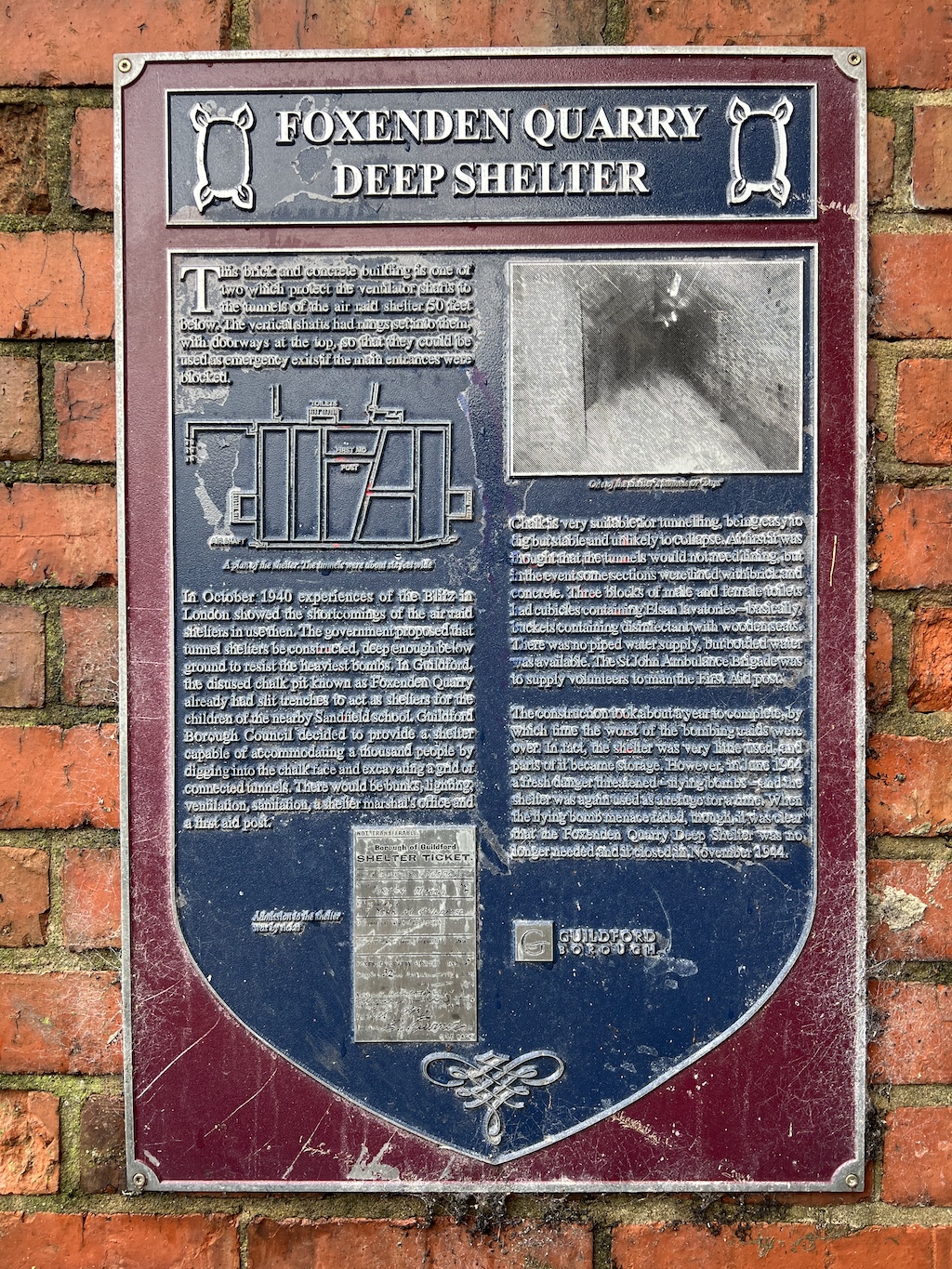