The Society of Friends, or Quakers as they were generally known, became established in Guildford during the 1650s, when Oliver Cromwell ruled following the Civil Wars. They suffered persecution after the Restoration of Charles I in 1660 but in 1672 this was relaxed.

The Guildford Quakers, who had previously met each others homes now felt it time to acquire a meeting house and burial ground. In 1673 they acquired a house and a plot of land at the North Street end of the inn yard of the Crown (now the NatWest Bank). A new meeting house was built on a site across the street in 1805 and this garden was used simply as a cemetery until it was given to the town in 1927. Nearby, the Speakers Tree’ had become a recognised place for public oratory.

The opportunity was taken to dedicate a memorial to G.F Watts (1817-1904), a prominent local artist who had lived and worked at Compton. Another memorial commemorates the victims of the pub bombings of 5th October 1974, Paul Craig, William Forsyth, Anne Hamilton, John Hunter, and Caroline Slater were killed in the Horse & Groom across the street (now a shop).

The building with the short clock tower, now public conveniences, is the former fire station of 1872. On the opposite corner of Ward Street is a bank. This was opened in 1881 as a temperance hotel. It did not thrive and in 1891 its upper floors were incorporated into the Guildford Institute which had been built next door in Ward Street. 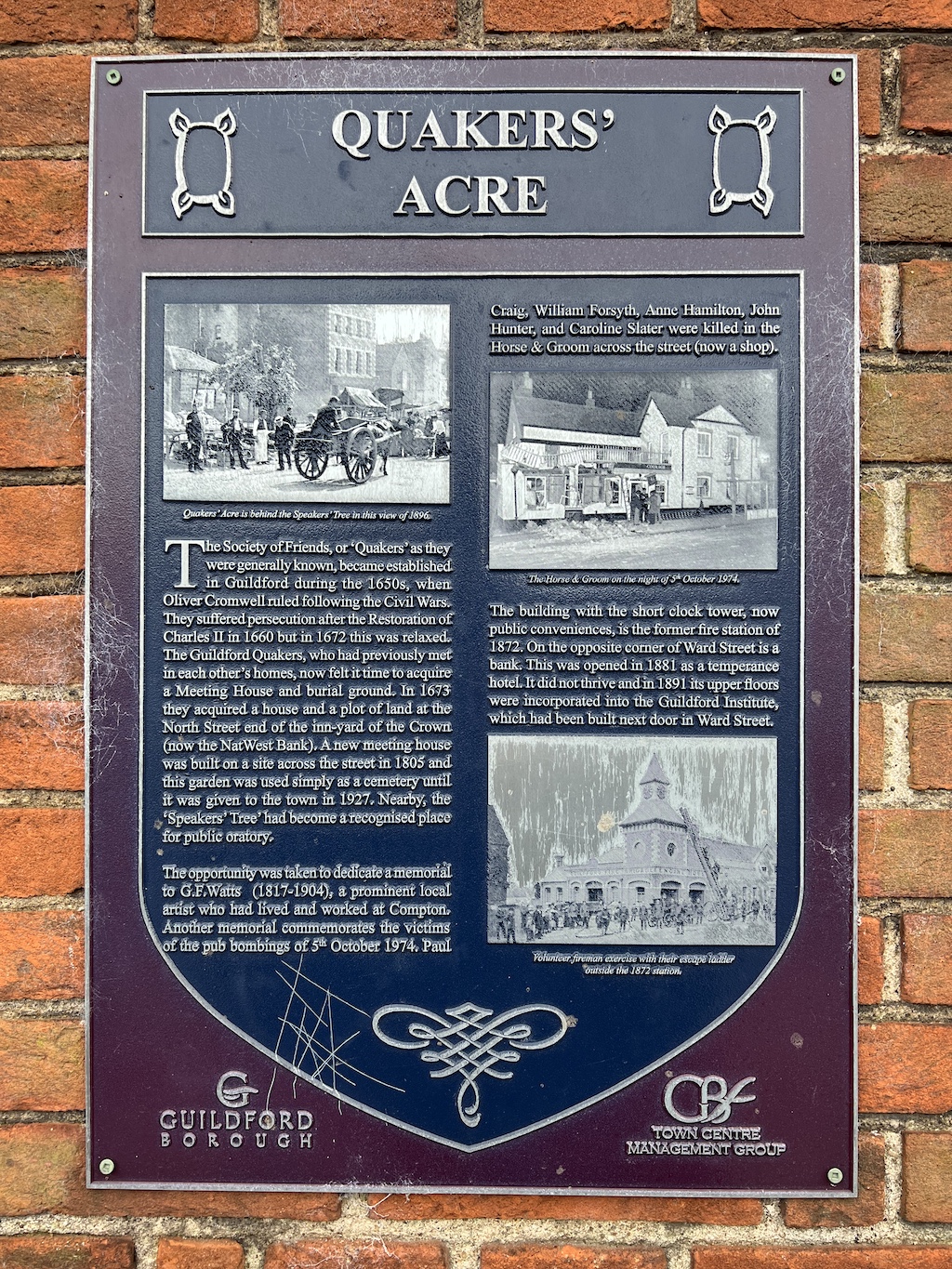