Bloomingdale is a familiar name to those who have travelled to New York, or those of us who have enjoyed a few birthday cakes in their time. But who is Irving Ingersol Bloomingdale, and why is there a memorial to him at St Martha’s church in Chilworth?

If the name is familiar, it does indeed relate to Bloomingdale’s department store in New York.

He was born on the 25th August 1878 to Lyman and Hattie Bloomingdale in Manhattan, New York. The inscription on his memorial shows his birth date as a year earlier – being 1877, and various other records show 1879.

He studied at the University of New York.

He married Rosalie Banner on the 5th February 1907.

A news cutting from 1915 reports an Irving Bloomingdale seeking divorce from his wife on the grounds that she “teed up a golf ball on a gold watch, and spent $110,000 on antique furniture in 1915.” I’ve not corroborated this fact to be the same Irving, but whether it is or not, I love the idea!

Irving and Rosalie divorced on 15th December 1926 in Paris. Maybe he tired of funding her expensive golf tees?

Shortly after the dissolution of their 19 year marriage, he married Geanne Hughes Schmidt (occasionally known as Jeanne Hughes Schmidt) of Wrexham (Wales), in London on the 5th January 1927. This must have been quite a whirlwind romance, unless the two relationships overlapped in some way?

Irving was a part owner of Bloomingdale’s, occupying the position of Vice President, though he had not been active in the running of the business for approximately 10 years prior to his death.

Reported in the New York Times, the happy couple had arrived in England in order to start a tour around the world. I can only wonder if that included a trip to Paris to see his son and former wife. Anyway, they had been driven to the London docks on the 4th October 1929 to bid farewell to a friend who was departing our green and pleasant land.

While making this trip their car was involved in a collision, in which Mr and Mrs Bloomingdale and their chauffeur were injured. I’ve not found details of their injuries, but as we will shortly find, they must have been pretty serious.

At the time of his death Irving was residing in the Piccadilly Hotel, West London – as shown by his burial record.

Irving, having apparently had made a recovery, returned to the hospital to keep his wife wife company while she recuperated. Returning to the East Ham memorial hospital 2 weeks after the accident, Irving suffered a relapse and passed away. Reports of his death cite septicaemia as the cause. I guess that the visible injuries belied his true condition.

He died on 15th October 1929 at the East Ham memorial hospital, in London.

Shortly after passing away, with no post mortem, he was buried at St Martha’s church, Chilworth, in the Surrey Hills, on the 4th November 1929.

In 1934 the estate of Irving was filed for appraisal in New York, valued at over $9.5M. That’s a cool $142M in 2020 numbers. You can only help but wonder what that figure would have been at the time of his death, and before the economic collapse of 1930. Anyway, most of this value was comprised of stock and bonds in Bloomingdale’s and a realty company that managed the property and land on which the store was built and operated.

An annual income of $72,000 was left to his earlier wife, $2M to his son David/ Donald, with the remainder being left in trust and providing an annual income of $66,000 to his widow. It would smart to be left a smaller income than his divorcee, so let’s hope that Geanne was OK with arrangements. As we’ll come to, it seems that someone was unhappy with the financial arrangements.

In 1938 his widow and his first wife (Rosalie) are in the courts, contesting a case regarding the administration of the estate. I’ll let you read the legal gumpfh if you’re sufficiently interested.

Well, if you’ve read this far, you’d be entitled to think :
OK, just why is he buried up here? A wealthy New Yorker, married to a Welsh lass, who travelled the world, and died in London.

Well, it seems he visited St Martha’s on one or more occasions, and as recently as 3 weeks prior to the fateful accident. Unsubstantiated (on my part) research has revealed a quote that he said “when I die, I want to be buried up here”. 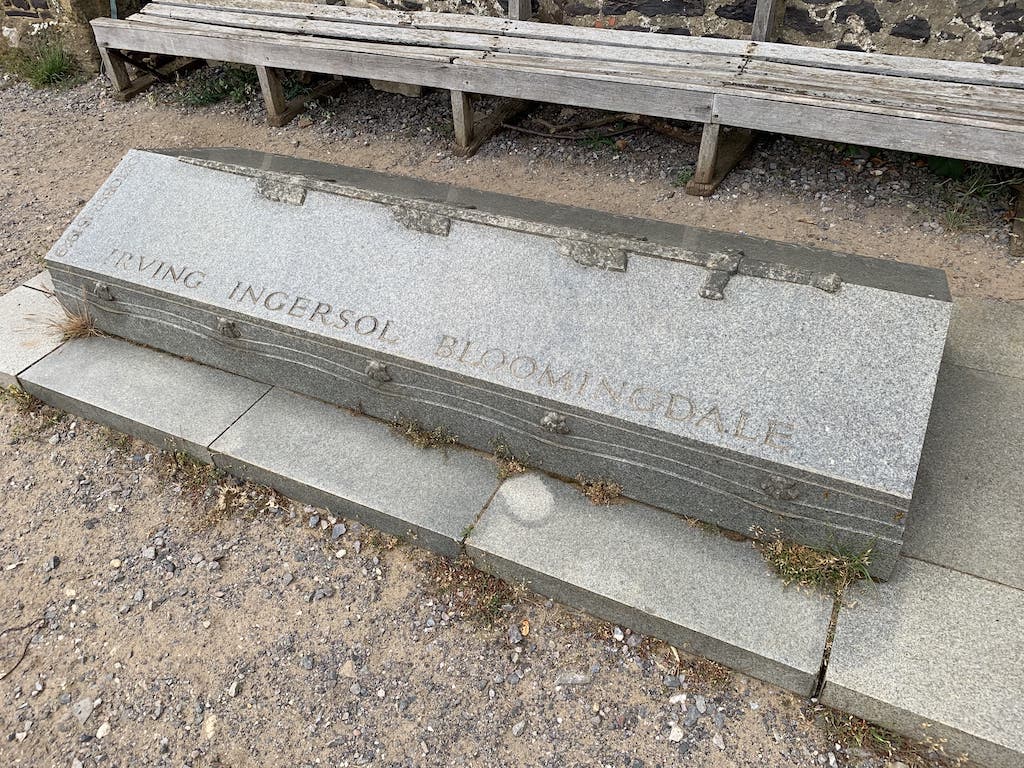 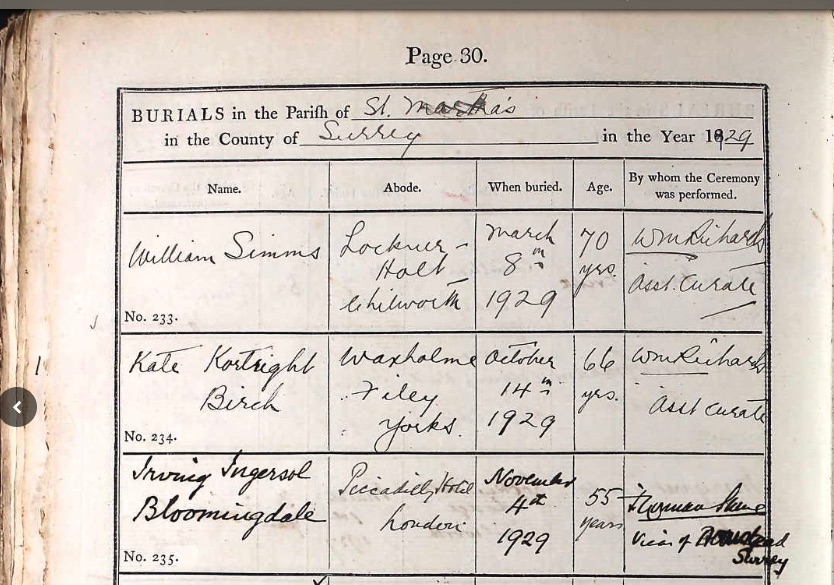 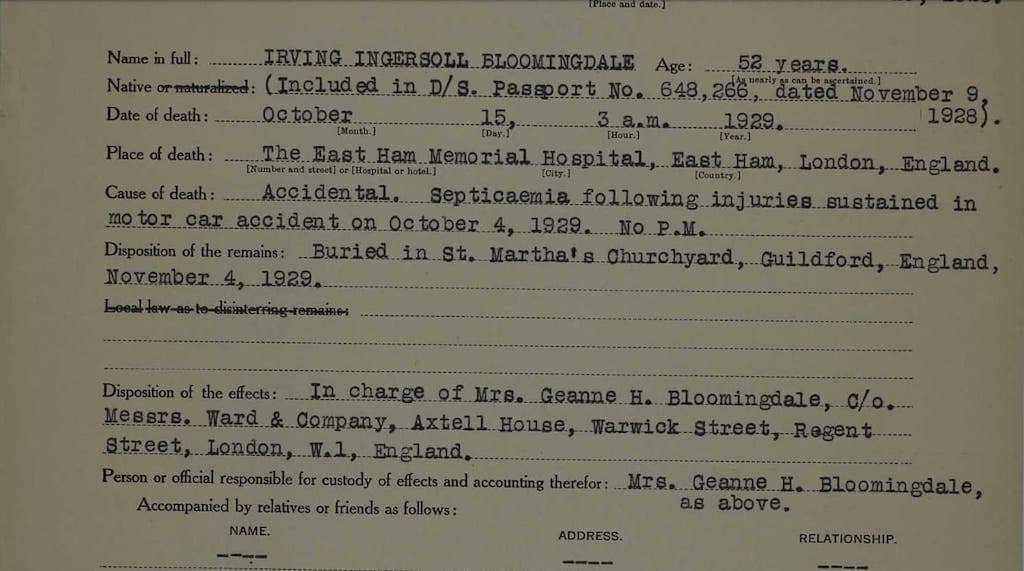