Few, if any, people would say that the global COVID-19 pandemic was a good thing, but much good has come from it. In this short post, I look at my experience as a food bank volunteer, and what I’ve learned from it.

As concerns regarding the pandemic started to grow across the country, and as people within the company became ill (not necessarily COVD), a decision was taken that we would work from home. This was a week before the government decree.

As we all found our home-working feet, and the company established a new rhythm, and way of working, a few of us chose to help those in need. I’d signed up as an NHS Responder, but my application was rejected on administrative grounds, and as it was now several times over-subscribed, I looked for a new way to help.

A friend of mine, who’s training for a life in the clergy, volunteers at a local food-bank. In conversation it transpired that many of the existing volunteers were having to self-isolate, and that demand for the food bank was soaring. I signed up, knowing it was a good thing to do.

I arrived at the church, and after prayers, we were set tasks, with mine quickly becoming the category sorting of new donations. 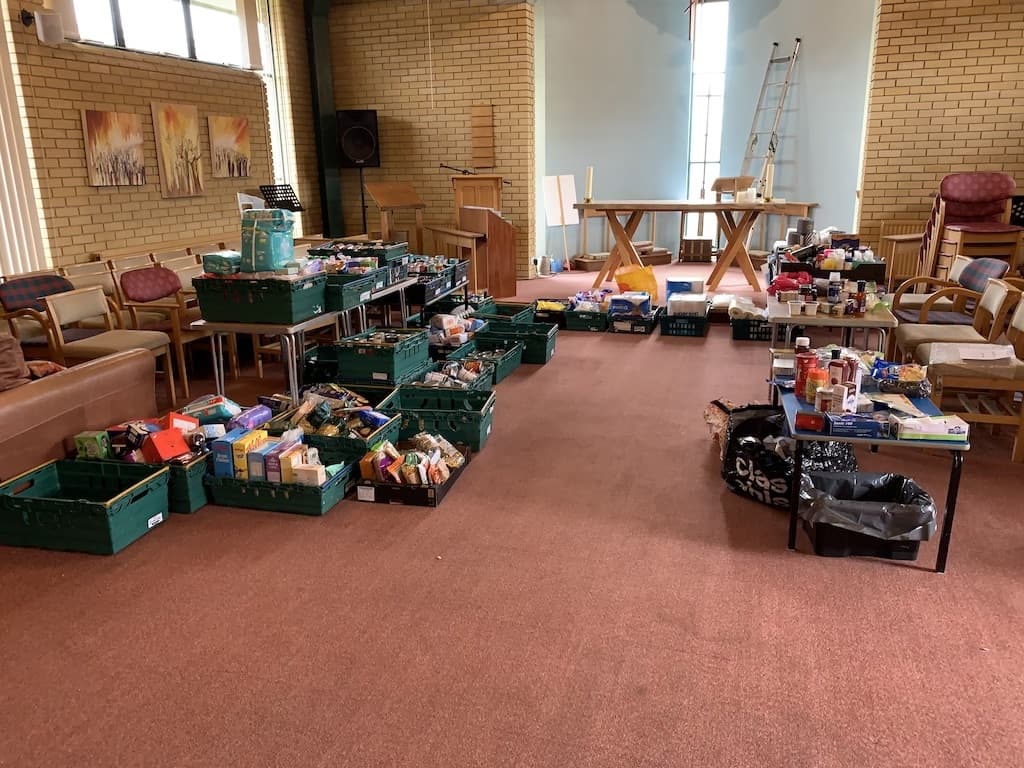 As I started my “shift” there was a small assortment of bags that needed sorting, and I was worried that all too quickly, I would have nothing left to do. I needn’t have worried!

Local communities had set up designated “drop-off points” and so each car had been 10 and 20 carrier bags of donations. It really was quite something to witness – the way in which individuals and communities had responded – especially at a time when many items that we all need were in short-supply, and shopping was inherently risky.

All of the donations were amazing, but the one that struck me the most was someone from a local office that had been closed. She brought biscuits, coffee, sugar, and milk sachets that would all normally be used for staff and client entertaining. How beautifully thoughtful.

As the flow of donations slowed down, it gave me time to reflect a little:

Over the 3 months of lock-down, and as the government has got a handle on things, including benefit payments, the need for the food bank has diminished. I can only hope that this remains the case.

The photo above is a single day’s donations once they have been category sorted. It’s amazing how small and insignificant it looks in the picture, when compared to “in the flesh”.

* By this, I mean how terrible that as a wealthy and privileged society we have to create such institutions. My thought here is, in no way, a criticism of the people receiving the food parcels. I know nothing of their circumstances, and if the state cannot support them, a functioning society should.