There have probably been markets held in Guildford since Saxon times. Markets are one of the features distinguish a town from a village, and were an essential part of rural life. Farmers from the countryside around would bring their produce into Guildford for sale and then buy other goods. There were three markets each week: for corn; for cattle; and a general market for food and household goods.

Growing com was the most profitable kind of farming in the Guildford area. Wheat for flour, barley for brewing beer, and oats for animal food would be displayed for sale under this arch. The corn porters, who carried the sacks, would take a pint of grain from each one as a market toll. The scoops they used can still be seen in the Guildhall. The money from selling the toll went to the corporation.

In 1901 sales of corn moved to Woodbridge Road (where it ended in about 1970. This building was used by the Corporation until 1937, when the two middle columns were moved apart to build a road through to the street behind. In 1992 this road was filled in and the steps replaced. The coat of arms of Guildford and of its twin town Freiburg were set into the pavement under the arch.

The street beyond is Tunsgate. In old Guildford “gate” meant passage, or alleyway, and this one used to run to the now vanished Tuns Inn.

Look for Guildford’s coat of arms in the pediment facing the High Street. Notice behind it the sword of justice (referring to the law court) and a horn of plenty (for the cornmarket). 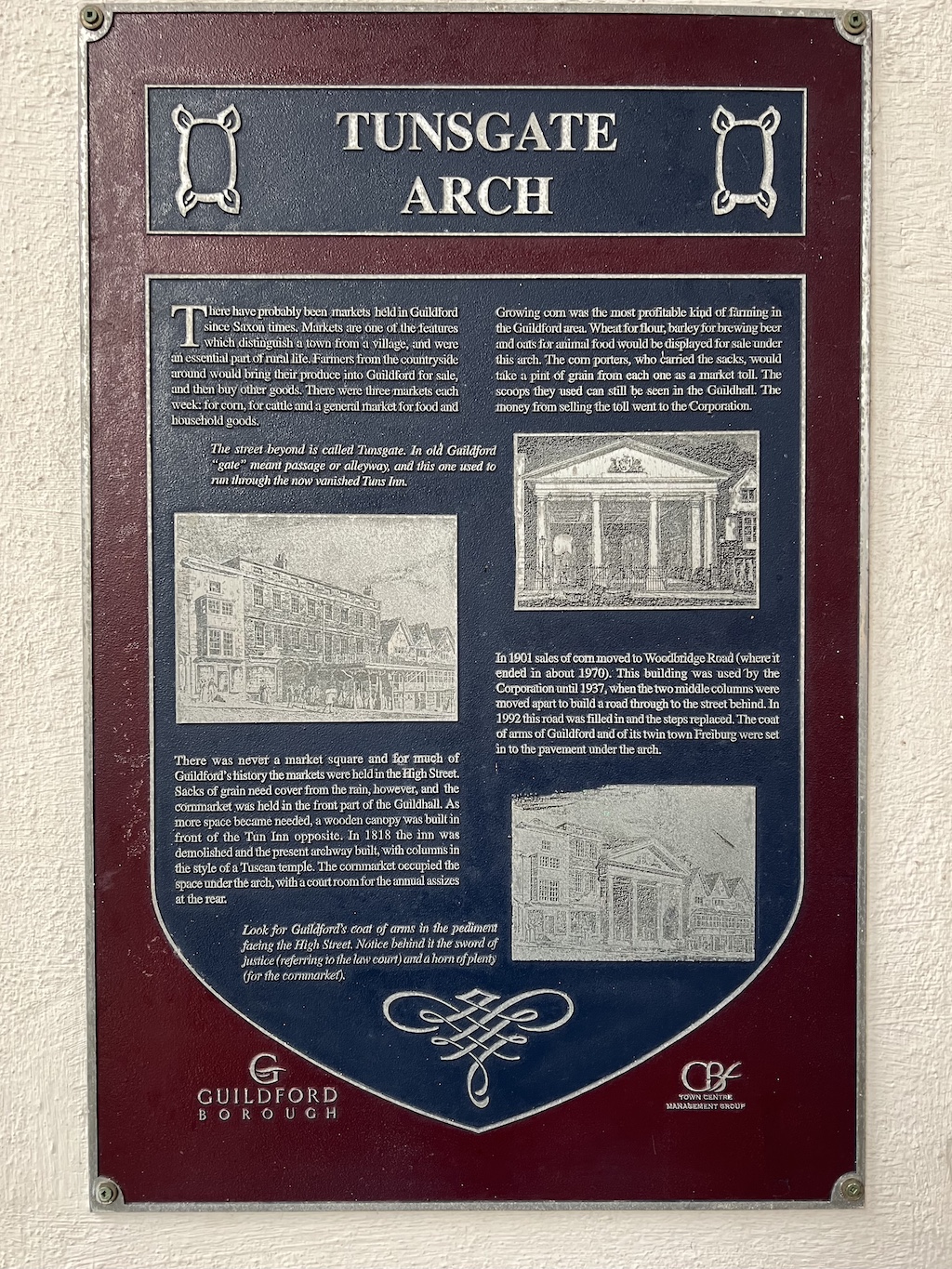