The Guildhall with its clock projecting over the High Street is, for many, the symbol of the town. Here the Mayor and Corporation met to regulate the commerce of the Borough, and the Courts of Law sat in judgement.

There was a medieval Guildhall on this site but the present hall dates from 1589, when Elizabeth I paid one of/her visits to the town. Her coat of arms in stained glass was inserted in the window above the judge’s bench. In 1683 the Guildhall was re-fronted, with a council chamber and balcony at first floor level. The council chamber contains beautiful carved chalk fireplace said to have come from Stoughton Manor. Also added were a bell turret and a projecting clock. The story is told of a London clock maker, named John Aylward, who presented the clock to the Corporation in return for the freedom to trade in Guildford. A long case clock by Aylward stands in the Mayor’s Parlour added to the rear of the Guildhall 1934.

The Guildhall is still used for ceremonial meetings of the Borough Council and occasionally to hear legal cases. It houses the borough’s magnificent collection of plate which includes two maces and the mayor’s badge of solid gold. Among other items are silver tankards and table decorations for civic entertainments. Historic paintings hang on the panelled walls, including a portrait by Guildford artist John Russell of Admiral Sir Richard Onslow at his victory with Duncan over the Dutch fleet at Camperdown in 1797.

Location: Opposite the Guildhall, High Street 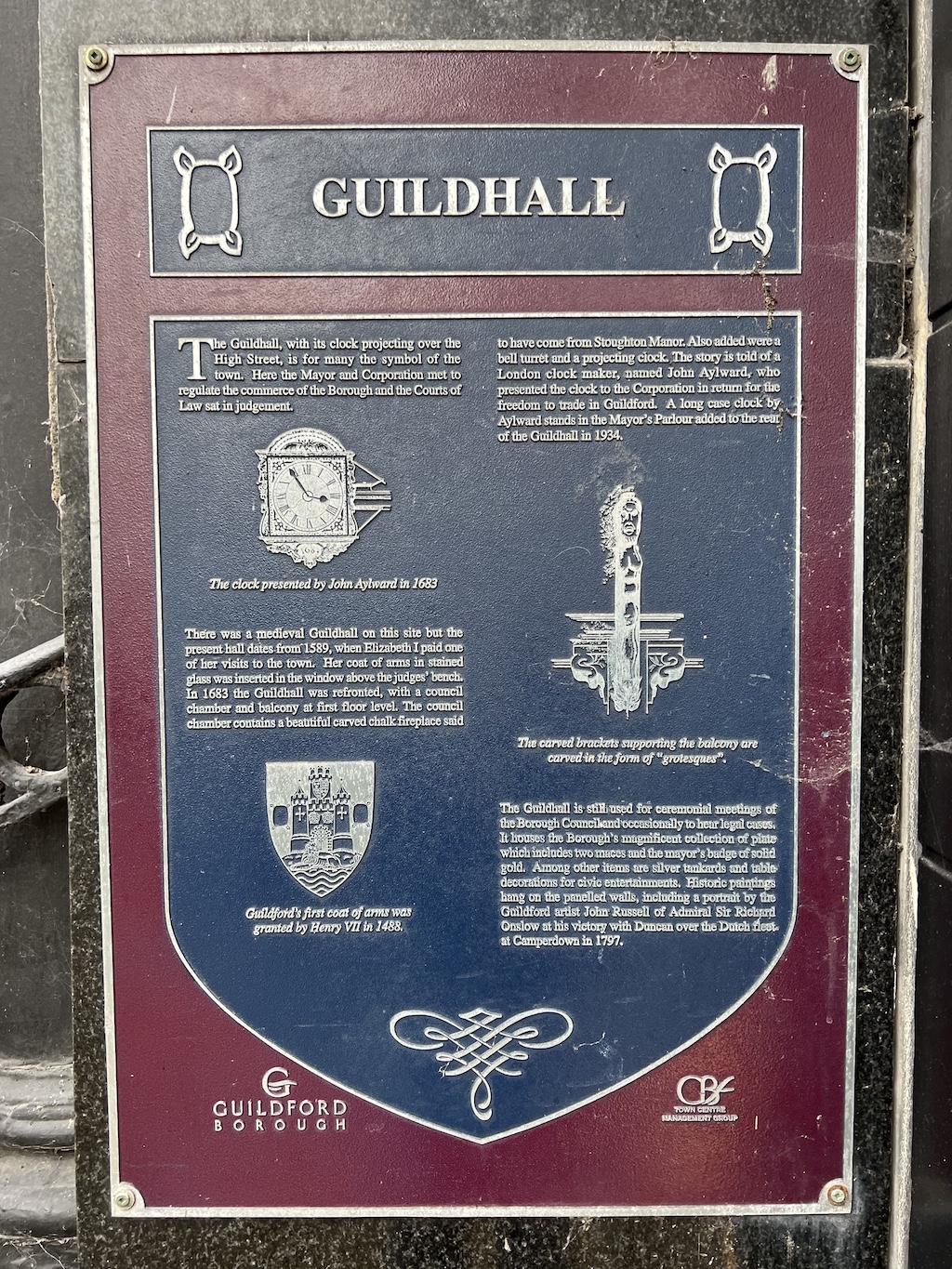