There was probably a water mill on this site before the Norman conquest, though The Domesday Book is silent on this. A town the size of Guildford would certainly have needed a regular supply of flour. By the later Middle Ages the mills included a fulling mill, in which locally made woollen cloth was hammered to produce a smooth surface. In 1624 Henry Smith, a generous benefactor to Surrey, gave the mills in trust, the income going to support the poor of Guildford. In 1701 pumps were installed in the mill to supply the town with water, which was pumped up hollowed-out elm logs to a reservoir at the bottom of Pewley Hill.

In 1770 the eastern part of the mills was handsomely rebuilt in brick. The western part however was simply repaired until 1851 when it was rebuilt as a two-bay extension. This followed the 1770 style so closely that it is hard to distinguish the join. The population of London was growing rapidly and Guildford, with its important corn market and river communication, was well placed to supply the metropolis.

By the 1890s local milling had declined and the mills were bought by Guildford Corporation to become a water works. In the 1960s the building was taken over by the Yvonne Arnaud Theatre and remains one of the town’s most impressive industrial monuments.

Location: On the end of the Town Mills, near to the Yvonne Arnaud theatre. 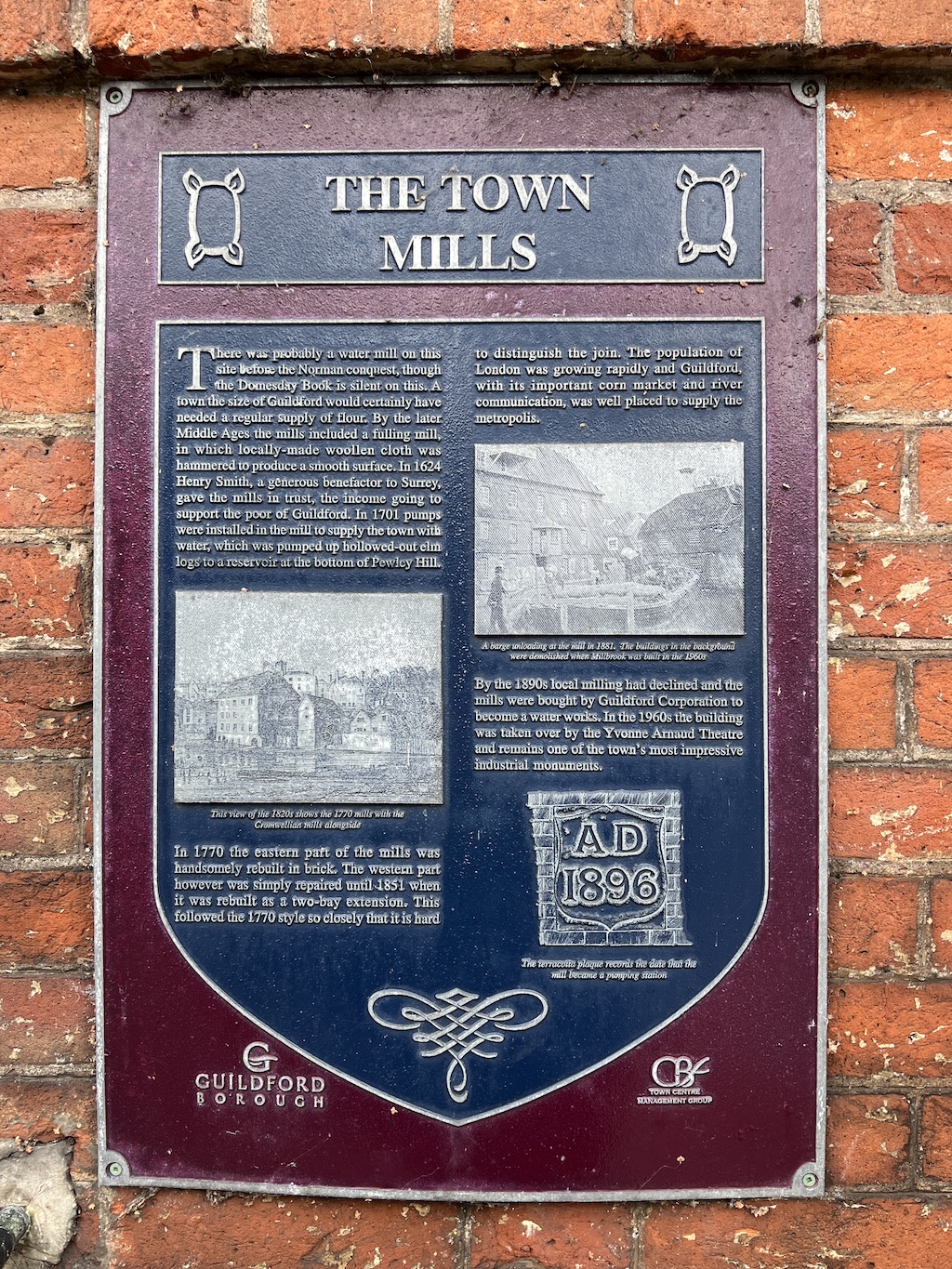