A pub called the Three Pigeons has stood here since the middle of the 18th century. A fire badly damaged the inn in 1916 and it was rebuilt two years later. The design of the frontage was inspired by a late 17th century house on Oxford’s High Street. Like many buildings on Guildford’s ancient High Street, it is reputed to be haunted.

Up until 1913 there were four other businesses between the Three Pigeons and the corner of North Street. On the corner itself stood the Ram Inn, constricting the width of the High Street and forming a bottleneck for the increasing motor traffic. The Ram and other buildings were demolished, and Barclays Bank built on a widened junction.

Between the Three Pigeons and Abbot’s Hospital stood Gates’ grocery. In 1882 it was inherited by Arthur and Leonard Gates, whose temperance convictions led them, so it is said, to pour all the wines and spirits into the gutter outside. Instead, they concentrated on dairy product, and went on to found the successful firm of Cow & Gate. 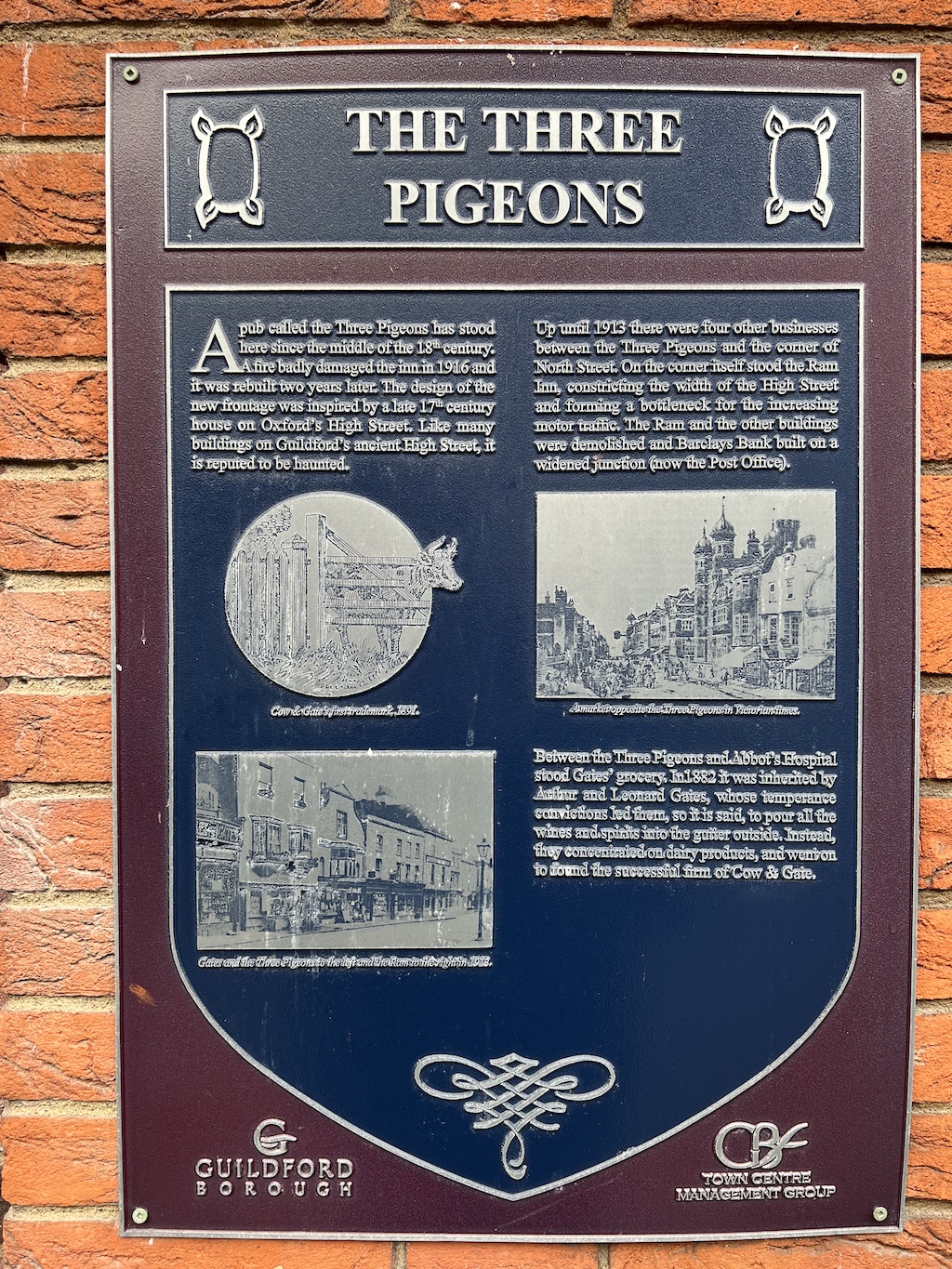