The present brick building stands on the site of an earlier church, which may have had its origins in the late Saxon times. The first record of Holy Trinity is in the 12th century, when it belonged to Augustinian canons of Merton Priory. By the later Middle Ages, Holy Trinity had become the foremost of Guildford’s three parish churches. It is here that Henry Norbridge, Mayor of Guildford, was buried in 1512. He left land to the south of the town, the rent of which would pay for a “chantry” – that is, for prayers to be said for his soul. This land, to this day, is known as The Chantries. In 1540 Sir Richard Weston of Sutton Place built his chantry chapel on the south side of the church in a chequered pattern of flint and stone: this is the only part of the earlier church which survives. Both chantries were closed down in 1548 at the time of the Reformation.

George Abbot, a Guildfordian who became Archbishop of Canterbury and who built the magnificent “hospital” or old people’s home across the street was buried in Holy Trinity in a magnificent tomb in 1633. However, by Georgian times the church had been allowed to fall into disrepair and in 1740 the central tower fell, destroying most of the ancient building.

The present church was completed in 1763, designed in the Palladian style by the architect James Horne. Much of the work was paid for by the Onslow family of Clandon Park, whose crest can be seen over the clock face. In 1888 the church was extended at the east end. This involved moving a great deal of earth – and burials. This was piled up to form an L-shaped mound in the churchyard behind. When the diocese of Guildford was formed in 1927, Holy Trinity acted as the pro-cathedral until the Cathedral of the Holy Spirit was consecrated on Stag Hill in 1961. 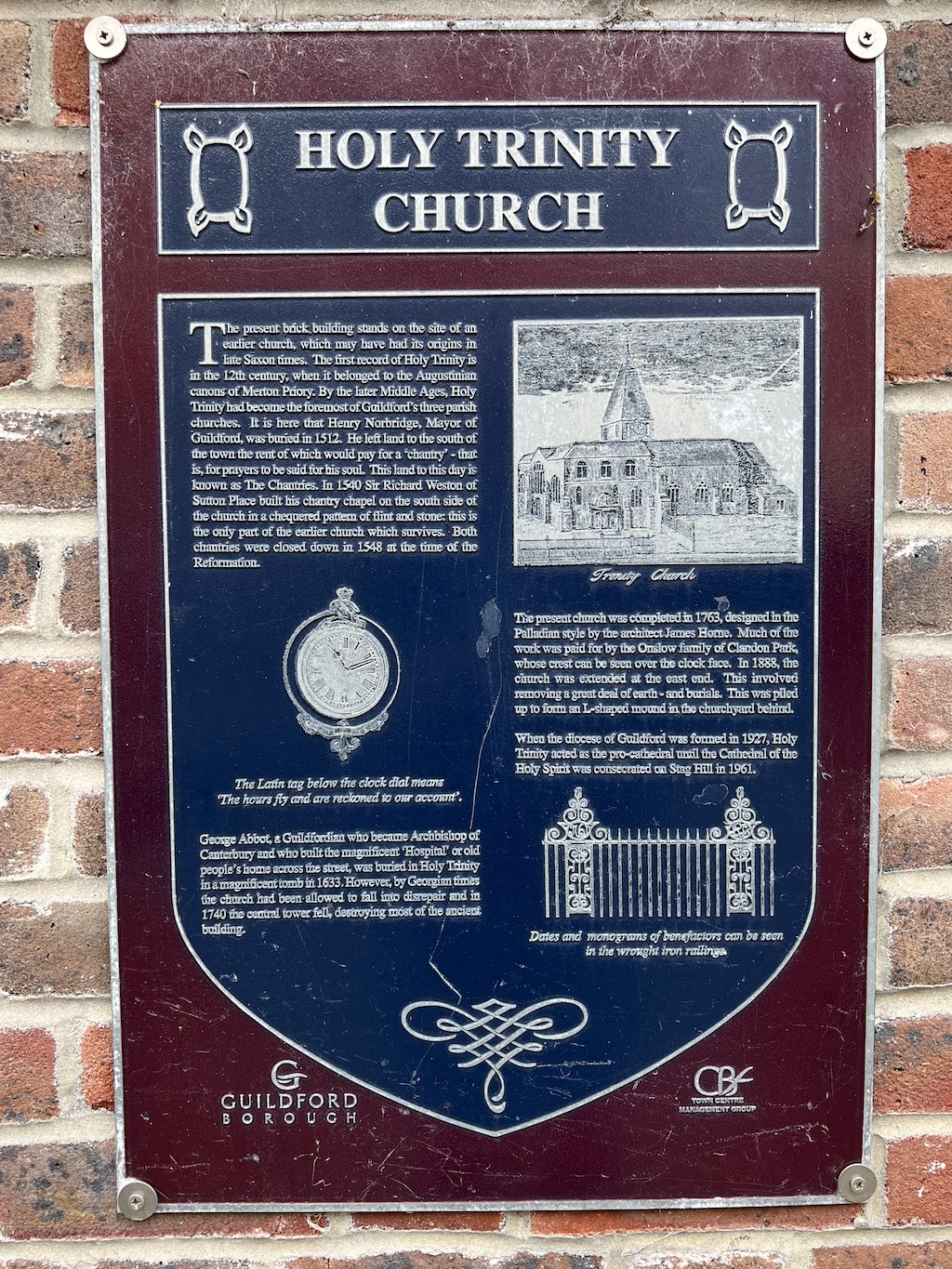