Guildford House, now the town’s art gallery, is a rare example of a Restoration town house. John Child, a wealthy London attorney, began its construction in 1660, incorporating parts of an existing timber framed building. It uses classical features in the style made fashionable by Inigo Jones. John Child had been born in 1629, the son of a Buckinghamshire gentleman, and rose to prominence in Guildford, where he served as mayor in 1676, 1681 and 1691.

The house seems to have been built in two phases, the first in the early 1660s and then in the 1680s. The magnificent staircase belongs to this latter phase, and echoes the work of the great wood-carver Grinling Gibbons. The plaster ceilings, panelling and elaborate window ironwork all indicate that this was a house of a gentleman of taste and wealth. In 1736 the Childs sold the house to the Martyr family. They, too, were lawyers and were known as the hereditary Town Clerks of Guildford. The Martyrs made several alterations to the house, including the panelling in the first-floor front room. This was known as the Sheriff’s Parlour (now the Powell Room), where the Martyrs entertained the Sheriff of Surrey and the judges when the assizes were held in Guildford. It may also have been the Martyrs who clad the rear of the house with “mathematical” tiles, which give the impression of brickwork.

The house became a shop in 1841. The entrance steps were removed, and bay windows inserted at street level. Passing through several owners, it became Nuthall’s Restaurant in 1930. The Guildford Corporation bought it for use as an art gallery, which opened in 1957. 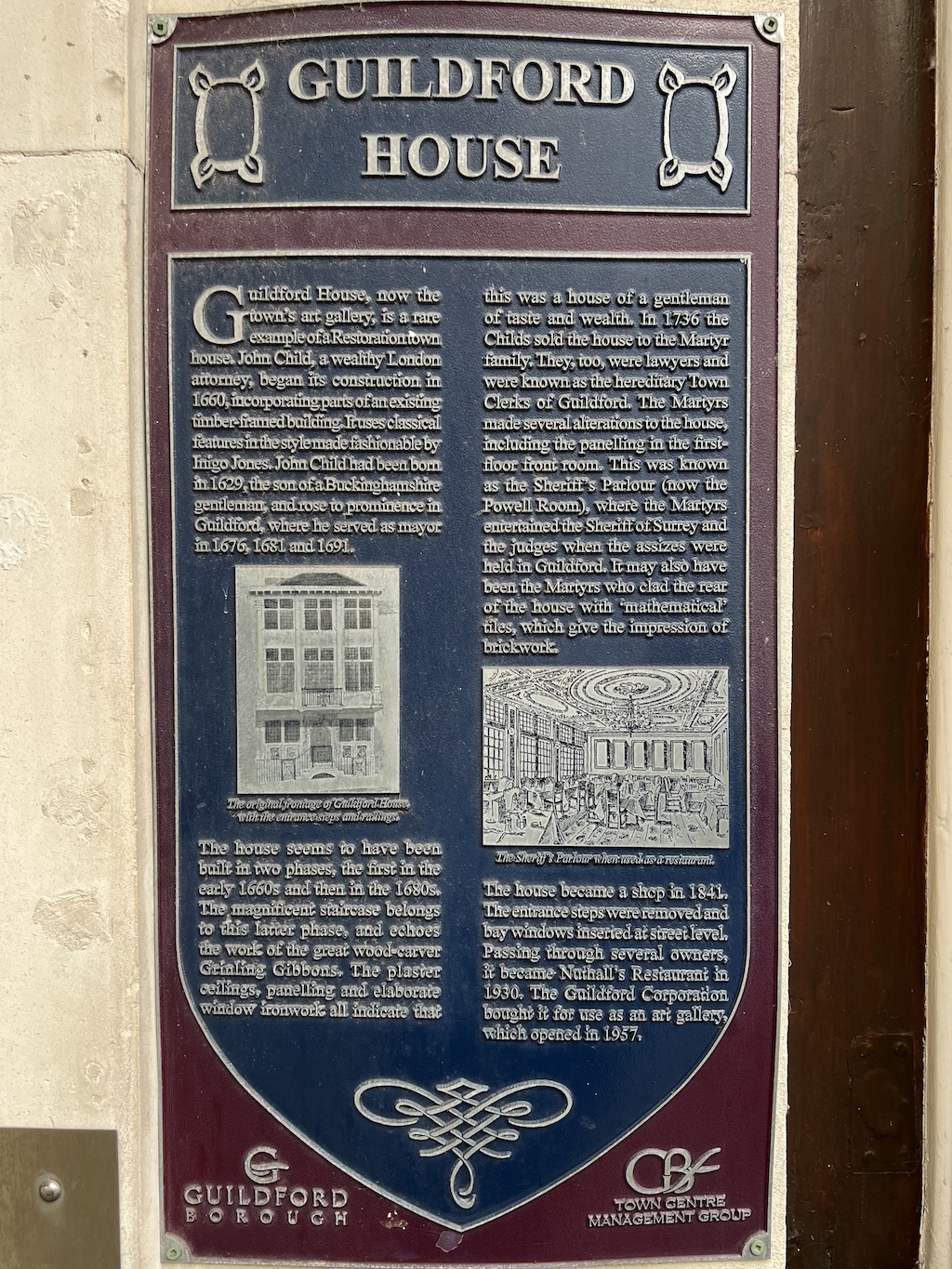