The railways came to Guildford around 1845 when a six mile length of single track was joined to the South-Western’s main line at Woking. In 1896 there were sixty locomotives allocated to the depot and it was then decided to make some alterations. When completed, the extension was used as a running shed allowing the semi-roundhouse to be used for repairs and boiler washouts. In 1926, the shed had an allocation of just over 80 locomotives and boasted a staff of 465 men, of whom 328 were drivers, firemen, and cleaners. Other staff consisted of foremen, boiler-washers, coalmen, chargemen, boilersmiths, fitters, and apprentices. Among other grades of men employed were sandmen, ash loaders, gland-packers, tubers, painters, and even carpenters.

Between 1923 and 1948 the biggest change in the allocation of steam locomotives to Guildford was the arrival of the Maunsell classes, especially the U and the N 2-6-0’s for the Reading – Redhill line. Other Maunsell locomotives also appeared – “King Arthur”, “Schools”, and S15 classes working trains to Portsmouth before the line was electrified. By 1965 Guildford’s allocation was down to twenty-eight locomotives and with the withdrawal of the Maunsell S15 Class and the Bulleid Q1 Class, much of the variety which was once the trademark of Guildford Motive Power Department disappeared.

On Sunday in Aug 1967, after years of decline and neglect, only four steam locomotives remained. The first two locomotives to leave (initially to Salisbury and then later to South Wales to face the cutters torch) were BR Standard Class 5MT 73155 and 73118 – coupled together). West Country Class 34018 “Axminster” followed them to Salisbury and finally USA Class 30072 left for Salisbury via Havant. All signs of the Motive Power Depot at Guildford have now been razed to the ground. The semi-roundhouse engine shed has disappeared, and the site is now a multi-storey car park. 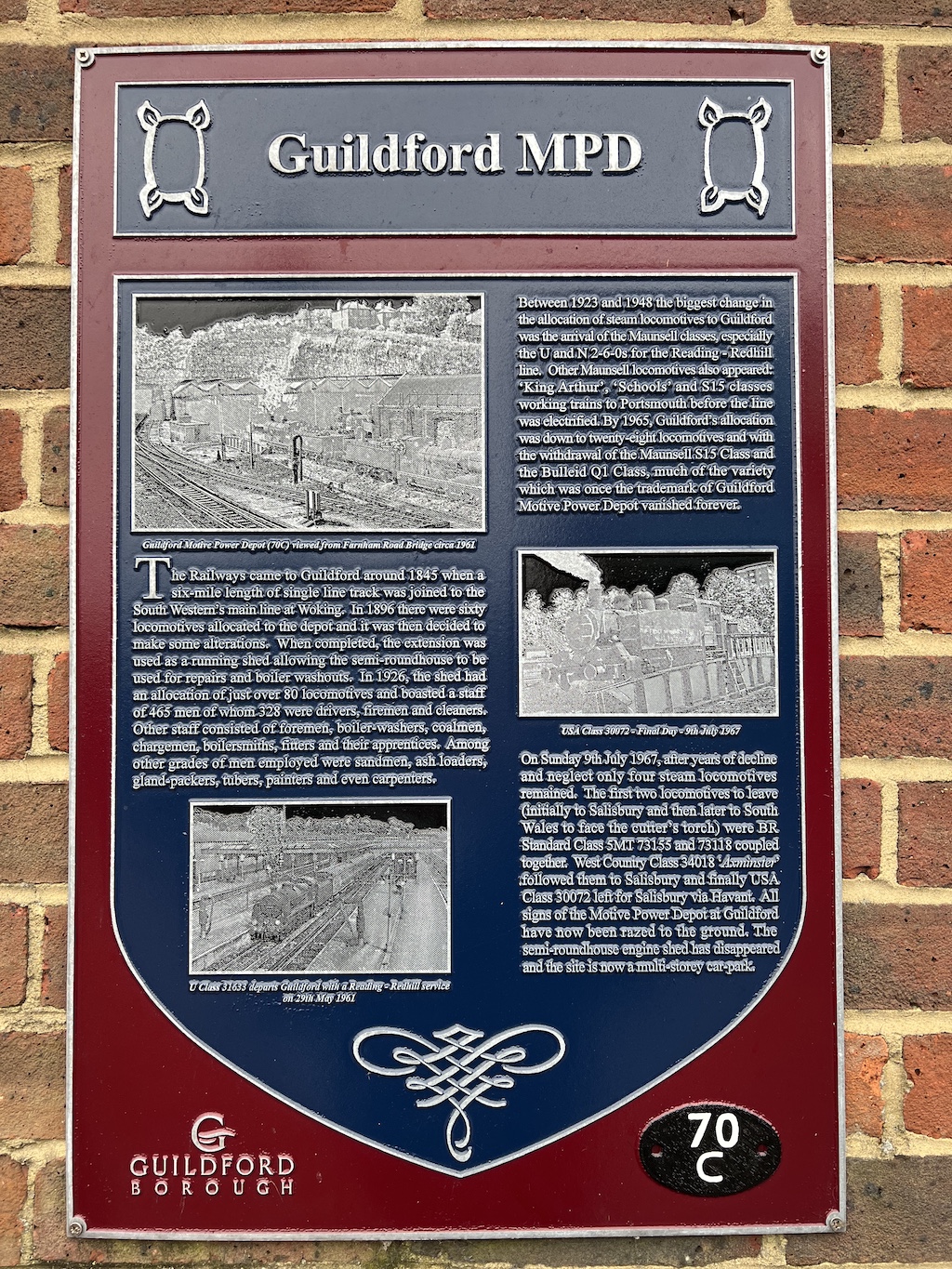