As the new season got off to a strong start, we were optimistic that 2022 would be easier and more honey-full than 2021. Our bees had other ideas.

Yesterday morning we had two strong colonies. Today, we are bottle feeding a drone – whose life story will be either (a) do nothing all summer, get kicked out in autumn, die; or (b) shag once, and spiral to the ground having snapped off his manhood. Not so useful for honey production…

We tend for them all winter. Keep them fed. Worry about them during storms. They, in return, wait for a warm dry day (there don’t seem to be many) and choose to leave and live somewhere else.

Having naffed off, the remaining ones developed the personality of a Spaghetti western sheriff, and in almost Disney cartoon style, drummed us out of our own garden. The same bloody garden their sisters didn’t want to live in. 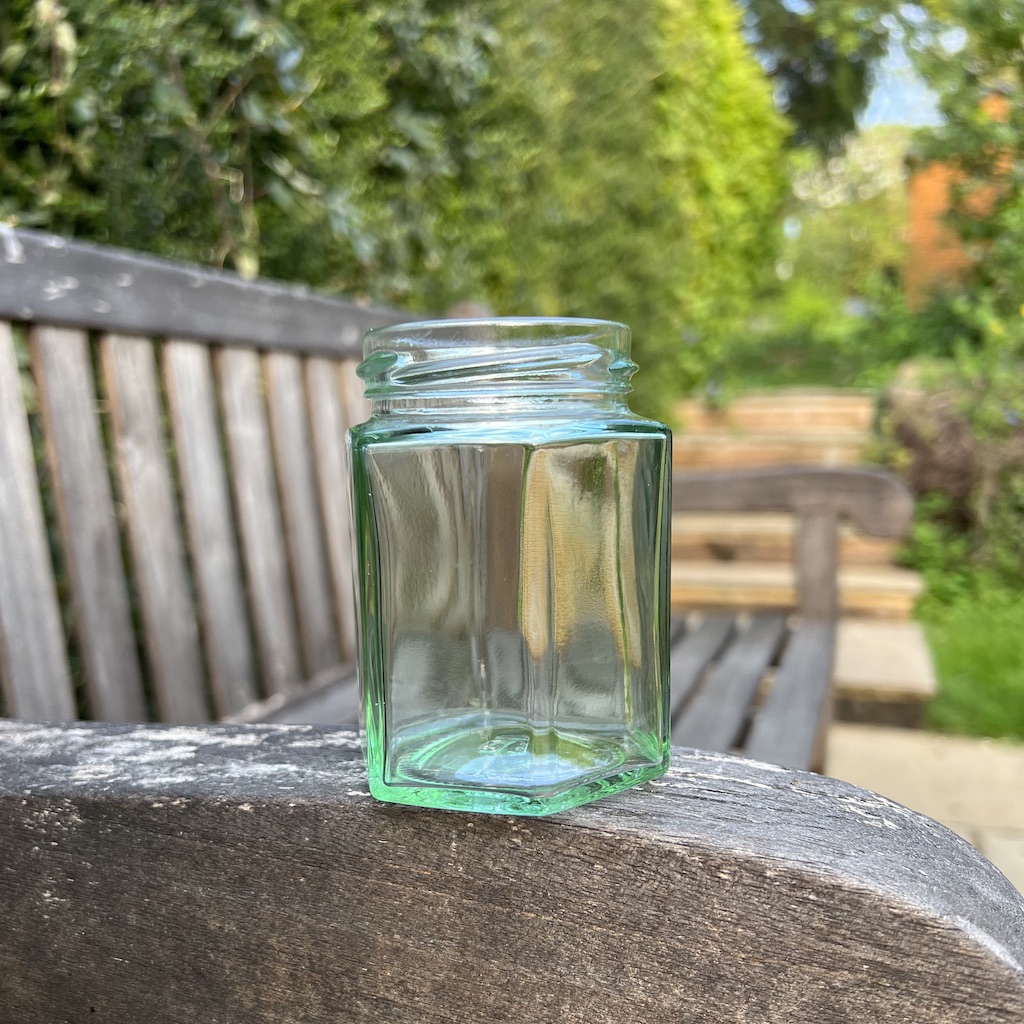 In order not to appear like ill-informed and entirely incompetent and unforgiving fools, here’s the considered view of events.

The colonies (Holly and Ivy) were building up famously well. Activity in and around the hives was immense, and inspections showed a lot of bees in all stages, and a super on each that weighed about as much as the sun (Hint 1).

We had replaced 4 brood frames in each hive with undrawn frame, and so thought that we had done what we needed to do in order to prevent swarming (Mistake 1).

We carried out an inspection before we left the country for a week, and found nothing of note. On returning home, we agreed to inspect the hives. I was nervous that we might be sitting on an issue – given the very evident strength of both colonies. A rapid inspection on Wednesday evening revealed a number of unsealed queen-cells in Holly, and while we couldn’t see any queen-cells or play cups in Ivy, my confidence was only 80%. In both hives, particularly Ivy, there was an immense amount of drone and brace comb off the bottom of the frames, and I felt it was possible that I had missed something in and amongst the building work the girls had been undertaking.

We agreed to perform a Snelgrove on Holly on Friday lunchtime, but pressure of work meant that we opted not to do this – agreeing instead that we would remove all queen-cells as an interim measure, and then address the issue properly over the weekend.

On Friday morning I visited the apiary. Working from home means that I’ve become quite familiar with our colonies, and things didn’t look right. The hives wake up at different times (due to the way the sunlight falls on them) and I’m familiar with this pattern. Both hives had a lot of bees on the front (not bearded), but in an unusual pattern, and there was little flying. I pondered, but got on with my day.

Late lunchtime, I wandered up the garden, and instantly saw bees flying around under our yew tree. Uh oh. Looking up, I saw why. 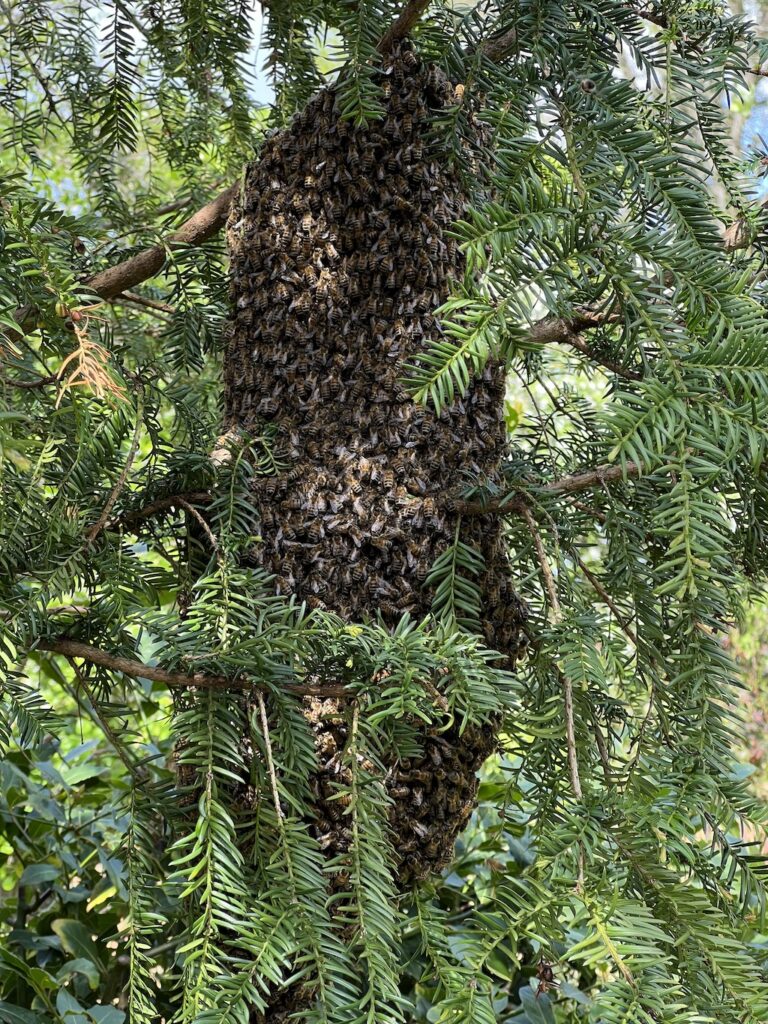 We had a “beautifully” formed swarm in our yew tree – about 5 paces from the apiary. To be fair to the bees and to nature more generally, a bee swarm is a thing of immense beauty – constructed only of bees, and measuring a good 3 feet from top to bottom. Located at about head-height, it couldn’t have been situated any more favourably.

Luckily Jen was also working from home, and so we suited up, got the box our poly had been delivered in, and collected them – getting virtually all of them in two vigorous shakes. We then tipped the bees from the box into the poly, and added some undrawn frame and a single frame of stores (Mistake 2). Setting the cardboard box and the poly on the ground near where they’d swarmed, we left them to it for the rest of the day, so that the scouts and any flying bees could return to safety. 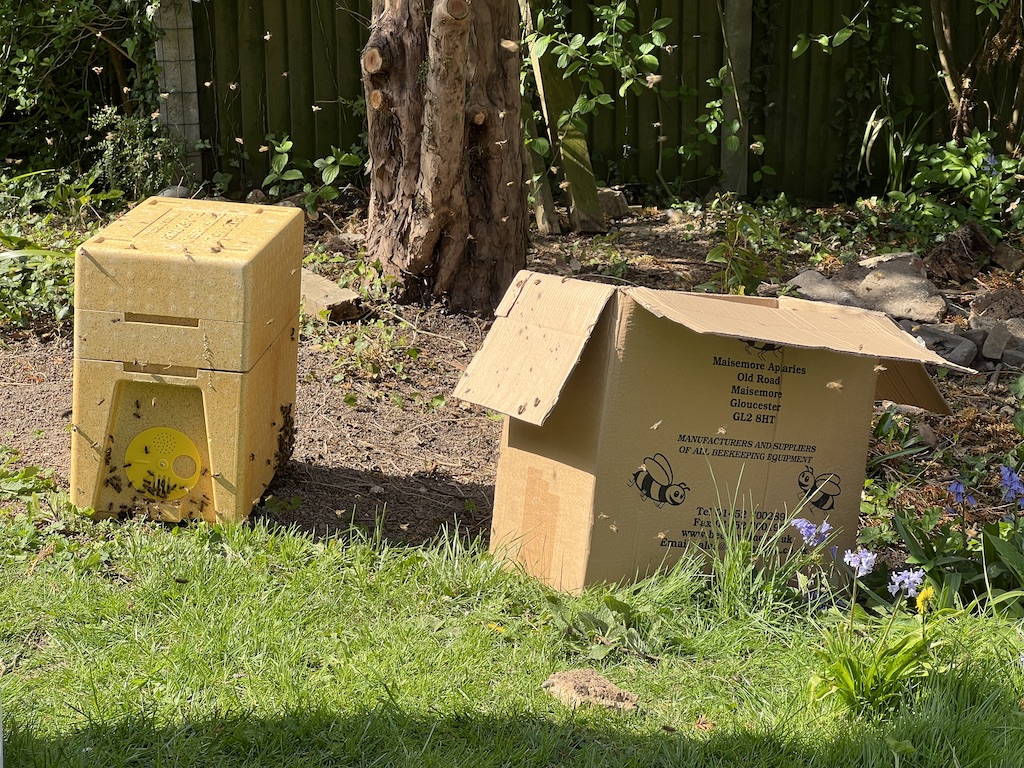 Having put some syrup in the poly (Mistake 3) we left the girls to it, and carried on with our days.

Around 8pm, as day turned to night, we moved the poly into the apiary, as confident as we could be that any bees still out and about should have returned. Any left flying would have to take their chances returning to their original hive.

We had decided to follow the suggestion of Surrey Bees Training, and would reunite the swarm with the remaining colony using the newspaper method.

The next morning (Saturday) I took a spin up the garden just to check on things, and found a sight that I didn’t want to see. The poly was bearded with what would have been thousands of bees. Not knowing exactly what to do, and fearing that they were about to swarm again, and being flat out with our day-jobs and our studies, we decided to get the swarm re-homed. We swept the bees from the front of the poly into a large plastic storage container, closed the box, closed the poly, and posted a message into our Beek WhatsApp group.. 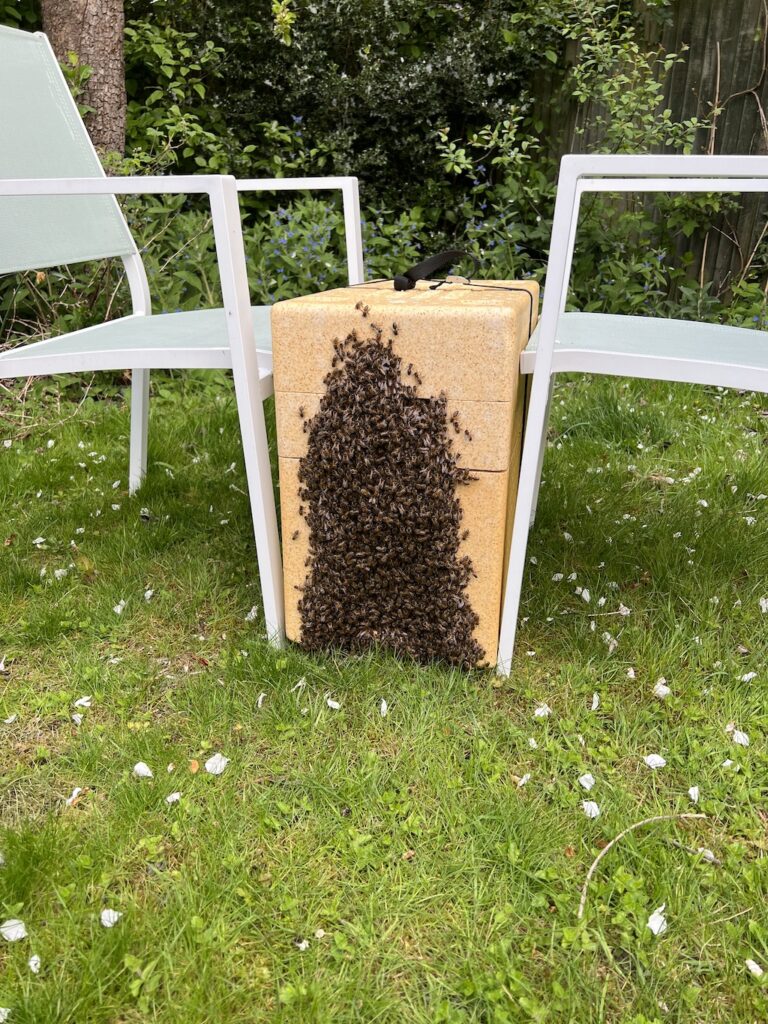 What did we learn?

KEEP. ON. TOP. OF. YOUR. INSPECTIONS.

A full super is as much of a reason to swarm as a full brood box. Logical when you think about it, as there’s nowhere for them to lay down stores, so they put stores in the brood box, leaving no room for brood.

Don’t feed a swarm in a poly for at least 2-3 days. They just gorge themselves, and move on.

Because the queen has been dieted in order to swarm, a poly is no more likely to contain her than the entrance block of a hive. 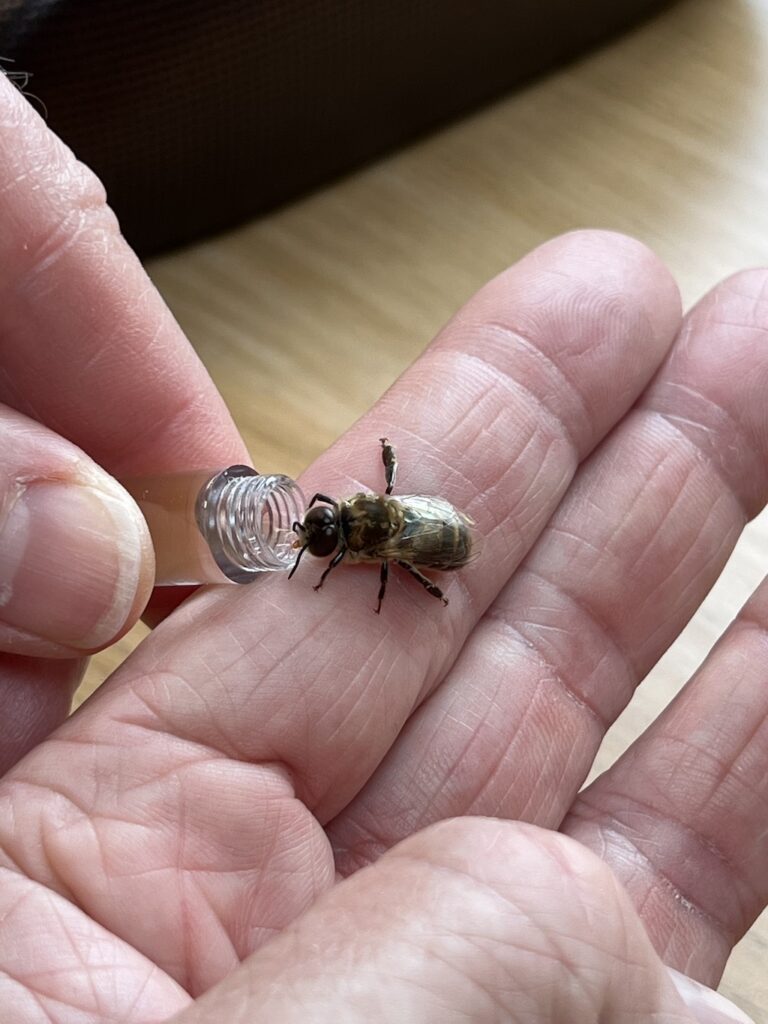 We removed a lot of brace comb and drone cells, in order that we could see what we were doing. In doing this, we found some sealed drone, one of which started to hatch in the house. I watched with absolute awe and delight as a drone emerged into the world. I know that to some bee-keepers they’re something of a waste of space, but we likely their lumbering form in our hives. We gave him a sugary snack before popping him on one of the hive landing boards – watching him get ushered in by one of his sisters.