Delivery driver was never something that I expected to feature on my LinkedIn profile, yet now it does. Following the winding path of life, and embracing change for what it is, I found myself delivering baked beans across Surrey and Hampshire.

Tales from the road

In June, the impact of the pandemic on my employers business made itself felt on me. With driving tests closed, the demand for insurance for newly qualified drivers dried up by 99.9%, and with it the need for my digital marketing skills. Having already spent 3 months working from home alongside my daughter and son, I was more than ready to spend some time away from the house.

I pondered my options, and “Delivery Driver” promised a quick route to gainful, if not well paid, employment. I applied for jobs with Sainsbury’s, Ocado, Waitrose, Morrisons, and one other. Ocado came back to me, and I was enrolled for their 4 part driver assessment. With a house full of noise, and little in the way of concentration, I sat the online test. Failing 2 of the 4 modules (“Attitude behind the wheel” and “Rules of the road”) to the amazement and hilarity of friends and family alike, I was crossed off their employee of the month short-list.

A big supermarket in Aldershot was equally interested in my driving skills, and before I knew it, I’d been offered a job and had completed my induction.

What now follows is a series of Facebook status updates that I posted to my friends over the course of my 13 weeks. It should be obvious that it’s tongue in cheek. At no point do I divulge the identity of any customer or colleague. I also found my employer to be fair, reasonable, and safely & professionally run. 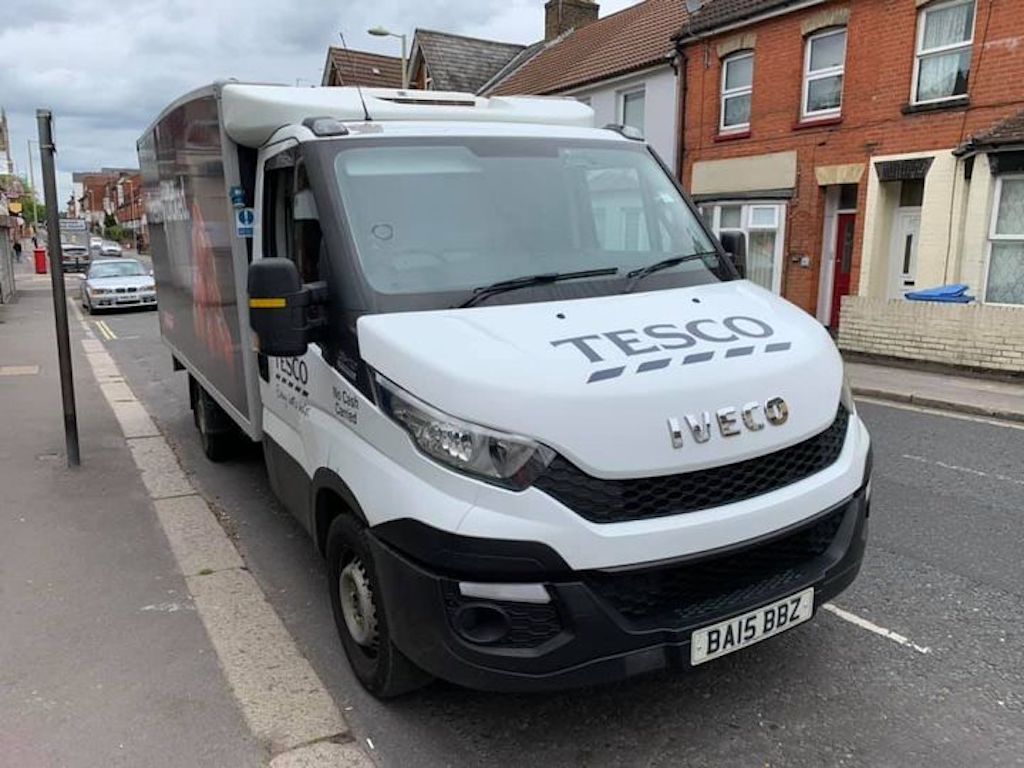 It’s funny how life has twists and turns. Today is my first full solo day behind the wheel as a delivery driver.

I don’t remember this featuring when I had my careers advice, but it’s a new skill!

So, I love most of my customers, and on balance, I think most like me (particularly the septuagenarian ladies (who doesn’t like a young man in uniform?! ))

But yesterday, as I struggled to find a property in Shackleford, my satnav told me to drive into the grounds of what appeared to be a stately home. With gravel that looked like it had been arranged pebble by pebble, I decided it better not to take the van up to the front door.

With the palatial gates open to Shack Castle, I pressed the video intercom button. Now, I should say that I was hot, quite smelly, and a little dishevelled by this stage.

I waited, and then an intercom light came on. I have no doubt that the person on the other end could see me in 4K video, and hear me too.

Before I could ask if the property I sought was in their substantial grounds, the gates silently, and majestically closed in front of me.

As I turned to return to my truck, the gates equally silently opened again.

What an awfully Surraay way of saying “Fuck orf, you grubby little man”.

Bet they would have spoken to a Waitrose driver.

Yesterday while delivering, I was surrounded by a group of excited 3-6 year olds. After telling me their favourite foods, they declared me “the best man in the world ever”.

All for delivering their favourite yoghurt! 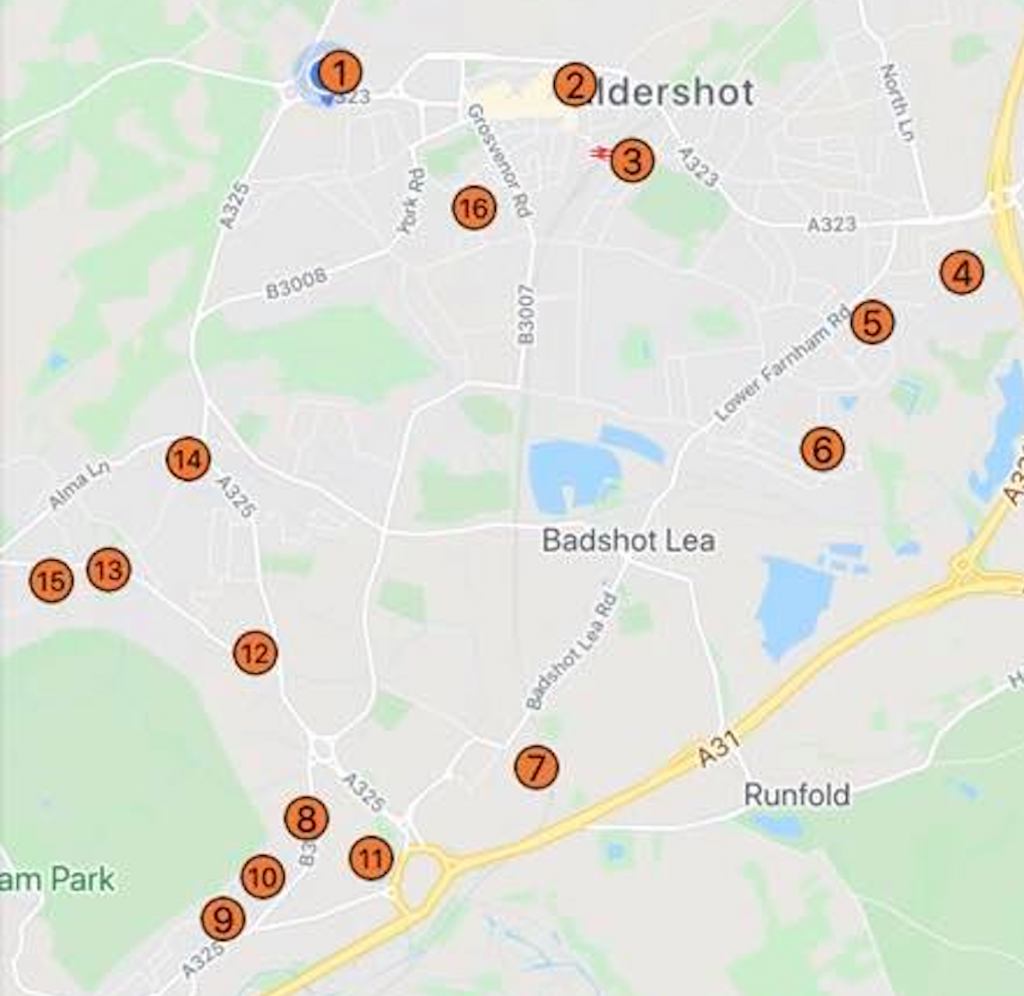 I am Edvald, King of the Road, Charmer of the old, Saviour of the stay-at-home drinkers. 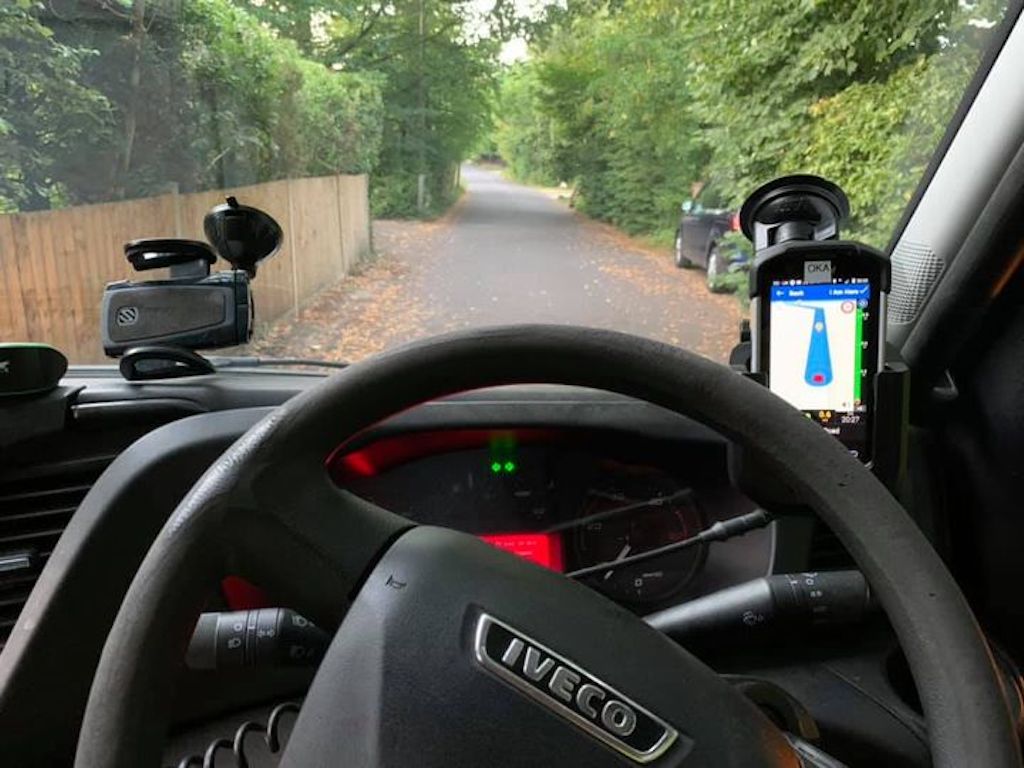 This is my office. It smells like school a locker room!

I wanted a picture of this with tonight’s sunset, but my deliveries were inconveniently facing the wrong direction…

I think my Friday night post was poorly judged, and sounded more angry than I meant it. (I deleted this FB post)

I know the many very positive reasons that I do this strange (for me) job. I’m learning about me, and about people, and also discovering what a truly wonderful part of the country we live in.

The thing I do differently now is that I recognise the person on the check out at B&Q, the person delivering food to my table, the person taking my order at KFC, and the person serving me a pint are not anonymous robots.

They’re a person doing a job, and they deserve a smile and my recognition that they exist as a person.

If I’ve learnt nothing else, I hope to hold onto this change.

On a lighter note, from “Driving Mr Grumpy”:

I drive with the windows down, as the chilled air is reserved for the shopping, and not the driver.

Occasionally, prudence says that you close the windows and lock the van while delivering – just in case the locals fancy a freebie of beans. Having made one such delivery, and for no good reason at all while reversing, I went to look over my shoulder, and out of the window. And nearly broke my nose on the closed glass… How I laughed through the tears.

Then, on Saturday, while smashing it out in a bid to beat the heat, I arrived at my penultimate stop – only to find the blue roll down shutter on the side of the van fully open. The main shopping (anything up to 600kg) is secured by the roll down door (open), and little blue triangular thingies (which frequently don’t work).

The good lord Jack Cohen must have been looking down on me as I caroused the roundabouts of Farnham. 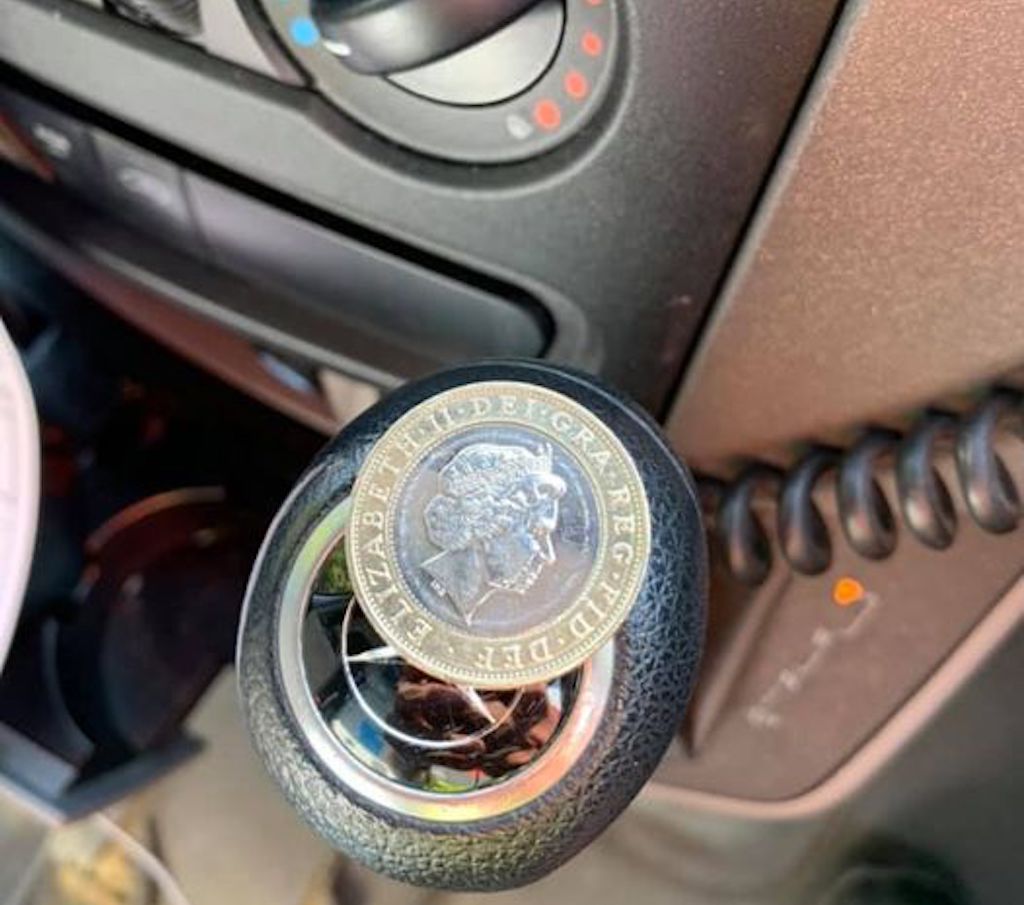 My first tip – from a lady with a small order, living in a deprived area with her elderly and ill mother.

Mrs Mudflap (peering at me from her front door – struggling to see me through the biblical weather conditions):

“You’ve not been here before, have you?”

Me: “Oh yes, Mrs Mudflap, I know your property very well indeed. I just enjoy golf-ball sized hailstones bouncing off my head, so I’m taking the air for a few minutes. I’ll have your shopping with you, just as soon as I’ve satiated my pain fetish.” 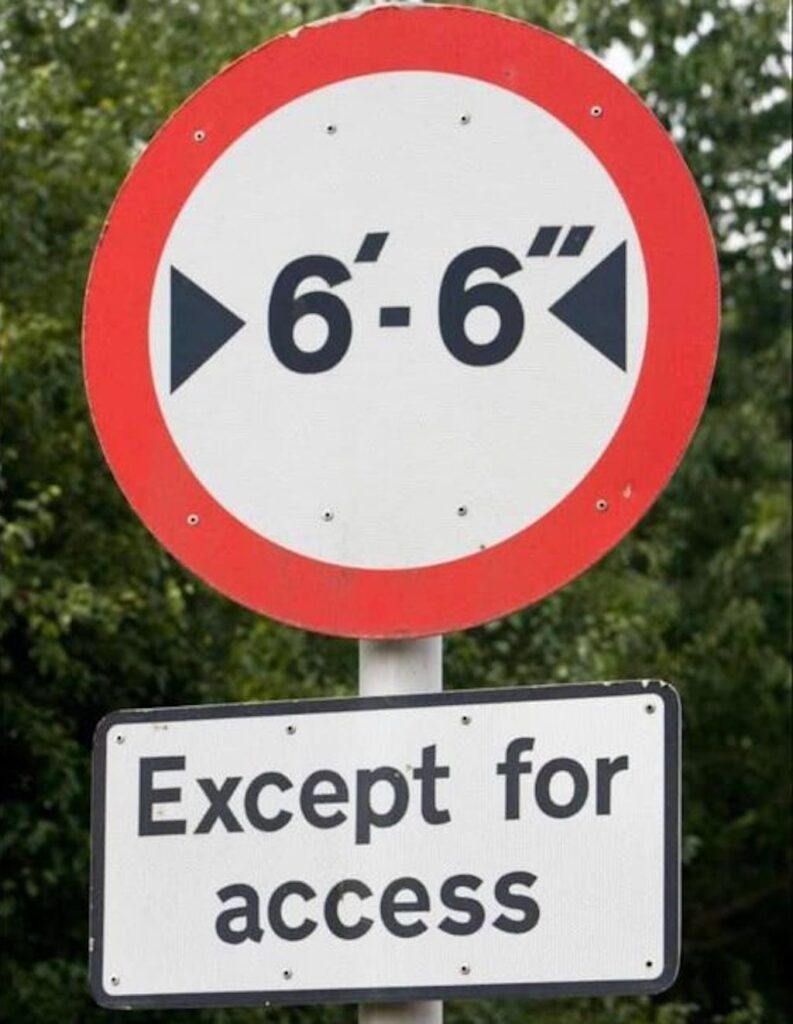 With trepidation in my heart, I crunched my way to the delivery – about 1.5 miles with no turning places.

“Does this road ‘go through’?” I enquired?

So, on I drive (Hobson’s choice really). Another half mile of increasingly narrow and overhung track, pruning trees and collecting foliage as I go.

When confronted with what could easily be described as a wall of narrow tarmac, I felt my heart flutter.

Still, I’d just passed a farm gate. I could either reverse over 2 miles, without the aid of my mirrors, or try the turn.

I tried the turn.

With my van nose buried into the impenetrable hedge, I felt the drive wheels start to spin uselessly in the mud.

Adrenalin now turned to poo as I was basically wedged perpendicular across the road.

With beads of sweat pooling in my lap, I resisted the temptation to scream hysterically and throw the keys over the hedge. It was a close thing.

Somehow, and with Jack Cohen once again smiling on me, I somehow got traction, and made a 9 point turn.