Having completed the London to Brighton (L2B) 100Km Trek in 2015, I started to get itchy feet, and felt slightly restless.

The London to Brighton 24 hour trek had been immensely challenging, and in the days and in fact weeks after the event the thought of doing something equally tough wasn’t that appealing. After the last plaster had been soaked off, and as toenails grew back, I was increasingly determined to find something that would occupy my mind and drive me to train. It also helped that my colleague Andy felt exactly the same way. 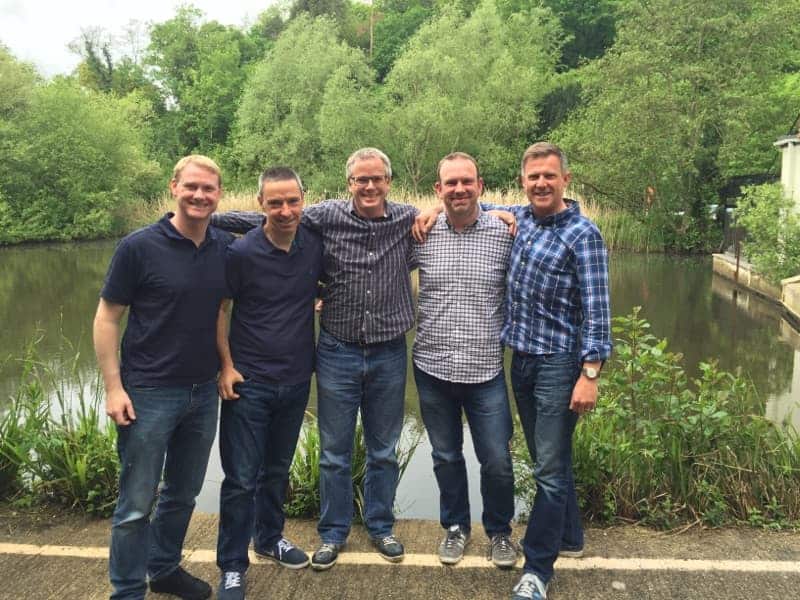 We both researched events, but quickly found that anything more challenging both physically and mentally would require international travel, significant cost and no a small degree of risk. The idea of the 3 Peaks National Challenge arose one day in a management meeting, and while being physically challenging, it required no specific skills or equipment per se, and as such made it possible for the whole management team.

A date was set, a team of 6 was formed, and we set about training.

Surrey has many things, but hills of any note isn’t something it’s renowned for. Sure, there’s Box Hill, Leith Hill and in nearby Hampshire there’s Butser Hill, but they’re not what you’d describe as towering… Hardly Alpine. On one particular day, I set out early for Box Hill having carefully packed a good set of supplies, parked up amongst the throng of motorbikes, and set off for the “summit”. Within about 30 minutes I’d reached the cafe at the top, and realised that this wasn’t making much of a dent in terms of summiting Ben Nevis, Scafell Pike and Snowdon. I completed 3 circuits before packing in for the day.

We toyed with the idea of going to the Brecon Beacons, but decided that the terrain there was nothing like the 3 Peaks, and wisely decided to pack in the training, and rely on general fitness.