I like to keep my social presence compartmentalised and visible. Different people mean different things to me, and vice versa. As such people can follow those of my interests that match theirs. I don’t have different personalities across my four chosen 4 primary social channels – much as any brand would be consistent across it’s many customer touch-points.

My Twitter account is where I generally speaking follow news and triathlon, and most of my tweets relate to my training and events. That said 2018 has been a very slow year as the result of an injury to my hip. I also increasingly direct enquiries to brands via Social, finding them to be more responsive in this forum. I respect brands for their responsiveness, approachability and honesty.

Instagram is my photographic outlet, which centres on travel and nature. I choose not to share my travels elsewhere for a number of reasons, not least perceived narcissism. If my Facebook friends want to follow my travels, they can do so, and we both know that I’m not being showy.

I used LinkedIn for my professional projection to the world. Like with my other social channels, I have a clear purpose for LinkedIn. Maybe I’m too much of a purist, but LinkedIn for me is business networking, sharing knowledge and job-hunting.

Good old Facebook is where I express a slightly less regulated view on the world, and the occasional late night beer post. I actually have nothing to hide, being fully aware that what’s online easily finds it’s way to places you’d never expect. I keep Facebook private, and never associate on this platform with current colleagues.

There’s only one “me”, so I don’t need to spend time thinking about what I say, how I say it, contriving opinions, or worrying about things coming home to haunt me. This is my philosophy for social in the work-place. 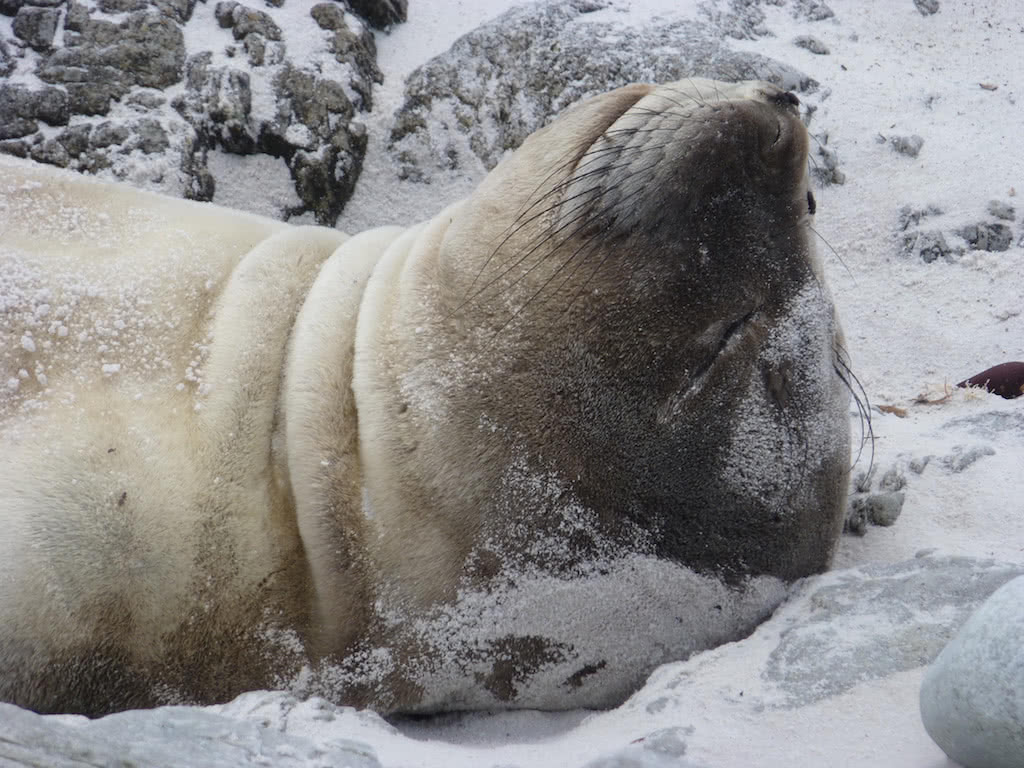 I have a brand that I need to curate and develop. Clearly I’m no Coca Cola or McDonalds, but the same principles apply to me as to a corporate. I don’t think it’s rocket science.

While I choose to maintain 3 public and one private social accounts, it’s always “me”. My audience knows what to expect.

Brands should be consistent, not attempt to comment on everything and anything, and avoiding jumping on hashtags for the sake of it.

Your followers need to know what to expect from you, and ideally when you’ll say it. Daily? Weekly? Monthly? Morning/ Afternoon etc.

I post on matters that I understand and believe in, and that I have an opinion on. If I’m challenged on a point, I don’t need to sit and formulate an answer, and think through how it relates to things I’ve said previously.

So many brand social platforms tread an ultra cautious PC line and recirculate news. Having an opinion and a personality will gain following and respect in the long-run.

That conviction needs to come from your business having a meaningful interest in, or relationship with, the subjects that you discuss. Should you require your marketing team to develop a detailed knowledge of a sport for the sake of a passing campaign?

Without a significant investment in time and learning, you run the risk of simply re-cycling what has already been said, which in itself has the value of the contents of a wheelie-bin. Better to stick to one’s knitting?

Here’s a thought. Why would somebody with an interest in the 6 Nations Rugby follow the RBS feed, instead of their own club, players and associated rugby union feeds? They wouldn’t, unless that feed had content that could only be found, or found first, on the RBS feed.

Forward thinking brands embrace employee empowerment, and that absolutely is a great thing. However this opens up new risks.

There have been many instances of social accounts going rogue, however briefly that may be. When the British Milk Council announced changes, an employee took matters into their own hands.

Formulating a clear plan for regaining control in this scenario and managing it need not take much work. Who is involved? How can they be contacted? Securing the account etc.

With instances like the one above, brands have every right to be reticent about handing over responsibility for their social feed(s). But if every communication is formulated by a marketing team and signed off by Compliance, the content will be old and dry.

They struck gold with this. Of course, timing is critical in this, as is a sprinkling of luck.

On occasion I will challenge brands online, particularly if I think what they’re saying or doing is wrong or poor. That said, I would not overtly attack or deride a brand, individual, or section of society. I am continually mindful of the potential legal repercussions of a cavalier attitude.

Although this was a campaign where social was part of the media mix, Pinarello strayed over this line when it was widely viewed as patronising the entire female cycling fraternity. Maybe a little more consideration towards the sexist overtones next time.

The word corporate has distinct connotations. In this context I’m using:

“of or shared by all the members of a group”

Digital undeniably offers brands the opportunity to communicate in a less formal manner should they choose to. That said, social should not be used as an opportunity to develop an alter ego, unless you really want your prospects and clients to be perplexed about who they’re dealing with.

Relax a little? Yes! Loosen that tie. But maybe not ditch the bowler hat and brolly for a mankini and flip-flops!

Lush recently attracted vast amounts of intention when it seemingly went on the attack against under-cover policing. While under-cover policing should have due scrutiny, what was not evident was the connection between Lush and this particular issue.

Opportunism PR activated through social, or a brand with a social conscience? You choose. Unless things have changed, I’m with “opportunism”.

One of my favourite feeds is Arena Flowers. So far as I can tell they say nothing about flowers, and have over 35K followers. Do they make money from this? I have absolutely no idea. I thought about asking them, but figured I knew what I’d get back in return!

But here’s the thing. If you have somebody who is genuinely funny, and where topical humour or an alternative take on life comes to them naturally, why not use them? It must be 10x quicker, cheaper and topical than farming content in a communications workshop.

The TESCO Mobile Twitter feed just manages to stay within the main brand, but it’s sailing pretty close to the wind in my view. I’m sure that their audience analysis will show a younger audience who appreciate the informality and humour. Whether they could, or should, take it any further from the main brand is an interesting question.

The old adage goes that it’s best to be talked about than not at all. Generally I’d subscribe to that for a brand. With due thought, social is one channel that can be used judiciously alongside more traditional ones.