Henry Peak was Guildford’s first Borough Surveyor. Amongst many other projects, he designed the present Castle Grounds, which opened in June 1888. He also had an extensive private practice as an architect, playing a major part in developing Charlotteville, together with housing in Stoughton and around the Markenfield Road area of the town.

Perhaps his most famous achievement was the paving of the town centre in 1868, using granite setts (often wrongly called cobbles), which are still a feature of Guildford’s historic High Street today.

Born in London, Peak came to Guildford in 1851 as an apprentice architect and married a local lady five years later. Setting up his own practice in 1861, he soon established himself designing churches, chapels, shops and houses of all kinds. In 1864 he was appointed Borough Surveyor and built a new waterworks, with a reservoir on Pewley Hill to supply the town with clean, safe water. He retired as the Borough Surveyor in 1891, was elected to the Borough Council, becoming Mayor in 1899. Henry Peak, more than anyone else, was responsible for the appearance of Victorian Guildford. 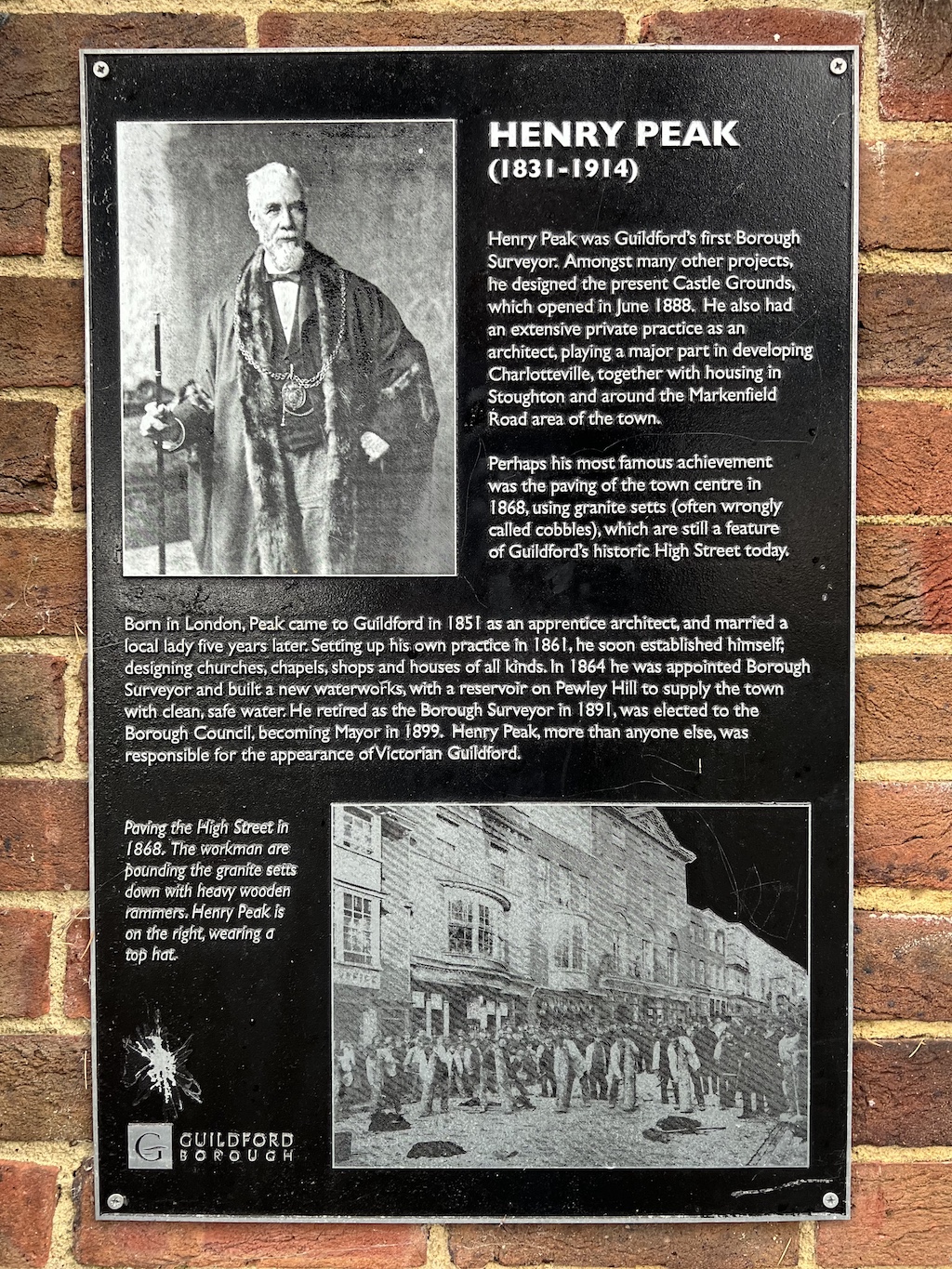