London to Brighton Trek – The Beginning

Team building? Charity fund raising? Lofty ambition? Bravado? Bucket lists? Whichever one of these it is, or maybe it’s a bit of all them, the upshot is that along with a group of colleagues, I will be walking 100Km in one day from London to Brighton in aid of the British Heart Foundation on the 27th and 28th June 2015.

This blog charts the inspiration behind the endeavour, the decision to take part, the training, the reflection on what seems some of the time to be foolhardiness, the highs, the lows, and what is destined ultimately to be very tired and, most likely painful, triumph.

What is the challenge?

The challenge is to walk the 102.9Km from Kempton racecourse (just next to Sunbury), to Brighton racecourse in less than 30 hours. Not content with that, we’ve set ourselves the challenge of completing the walk in less than 24 hours. This additional time challenge was set with the same optimistic spirit with which we embarked on the whole venture, with the thinking being “in for a penny, in for a pound”. 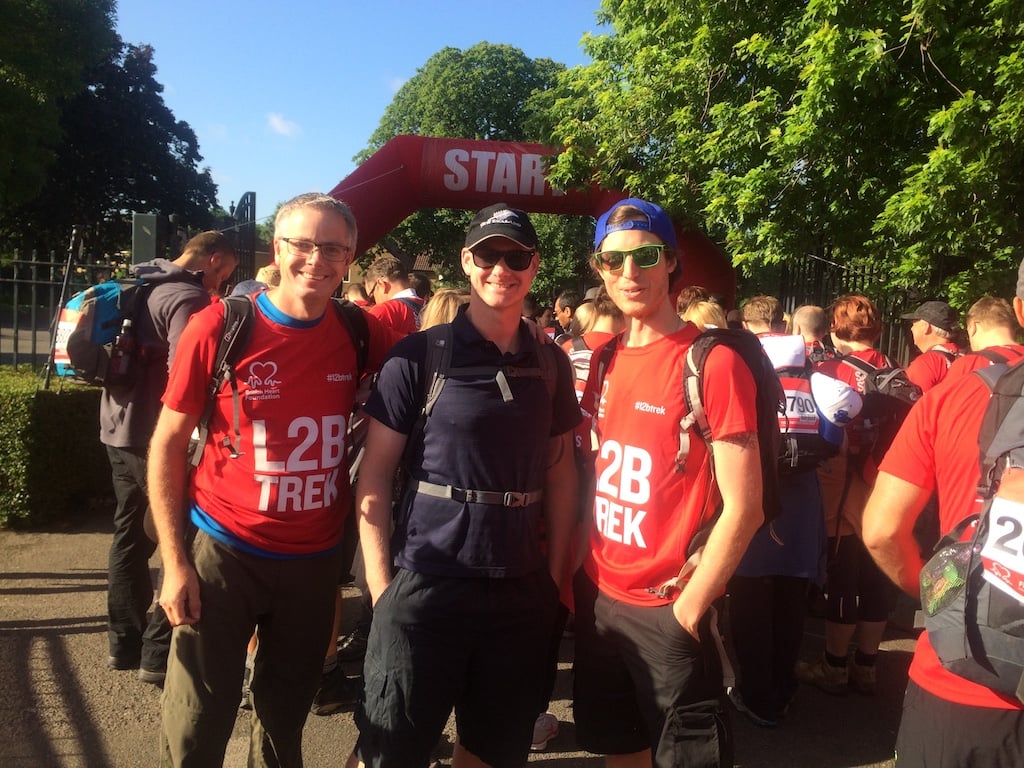 Why, exactly do it?

As a management team we were tasked with finding a charitable challenge that we could all do, that would test us individually, require us to train hard as a group, create an even closer knit team and raise money for a good cause. This 100Km walk was the first suggestion that had any legs (!), but was felt by some to lack ambition (this sentiment definitely included, and was possibly led by, me). Was it testing enough? Would the necessary training and effort be viewed by colleagues and friends as different and noteworthy? No. We felt that walking 100Km in 24 hours was too tame. We convened a planning session in a restaurant, and set about formulating a new way to bring ourselves together. As the evening progressed, and the wine flowed, the suggestions were many and varied. We settled on a London to Paris triathlon. Cycling through Kent would be a breeze, the channel crossing would be the biggest effort and carry the highest risk, leaving only a running relay to the Champs Elysees and Eiffel Tower. It remained only to agree who’d do what, to buy or rent a vessel for the crossing, and train a bit. We toasted our plan. In my next post, the Morning After, the cold light of day brings with it a realisation that a London to Paris triathlon might just end up in one or more deaths!
previousMy first triathlon
nextLondon to Brighton Trek – The Morning After