Before turning left, have a quick look at the Friary Shopping centre. This tribute to retail is located where there was once a Dominican Friary – established by Eleanor of Castile at the turn of 1274/ 1275. From 1630 it was a mansion, then home to the Friary Meux brewery, and is now a substantial retail centre.

Turn left into Friary Passage, and hold your breath for the 75m or so that is this route to the river. Turn left when you reach the end of the passage, and walk along the side of the river for about 50m until you reach Guildford Town Wharf.

Visiting the Town Wharf, which opened in 1653, you’ll find a treadwheel crane (in near original condition) that dates back to the 17th century. The crane was powered by two men in the treadwheel, and it’s believed to be the last working example in Great Britain.

The statue called The Bargeman is a reference to the Wey Barges that were used to transport cargoes between London, Guildford, and then Godalming. The Wey Barges were monsters – being 70 foot long, 14 foot wide, and carrying 90 tons – all pulled by a horse!

The wharf provides a small glimpse at the relationship Guildford once had with the river, and the transport of goods such as wool and timber to and from London, and beyond. Many towns embrace their waterway. Guildford seems determined to ignore it.

If you choose to walk the Lewis Carroll extension, you will find out about Henry Booker who tragically drowned here.

From Guildford Town Wharf, you’ll see the single span of the Guildford Bridge – unrecognisable from the original stone bridge that was swept away by a river in flood over 120 years ago.

The bridge you see now stands on the site of the ford from which Guildford possibly takes its name. Saxon migrants founded the town in about AD500, settling beside the “golden ford”. Whether “Gyldeforde” refers to the sandy bottom of the river, yellow flowers that may have grown on the margins of the ford, the colour of flowers on The Mount (above you), or the vibrant yellow sand beneath St Catherine’s chapel is something that we will never know.

The original stone bridge, built by the Waverley Abbey monks in circa 1200, lasted for 700 years or so. Seems the monks knew a thing or two about bridges.

In 1900 the ancient bridge was destroyed in a flood when timber from Moon’s timber yard washed downstream, blocking the river until the weight of water swept the centuries old bridge away. In 1902 a bridge of iron and steel was built, and the incarnation that you see now was built in 1983.

Make your way onto the bridge.

Looking up towards the High Street, and then up towards The Mount (away from town), you can see just how much of a cut through the North Downs you are standing in. The good news is that you’ll be walking as far uphill in both directions as you can see! 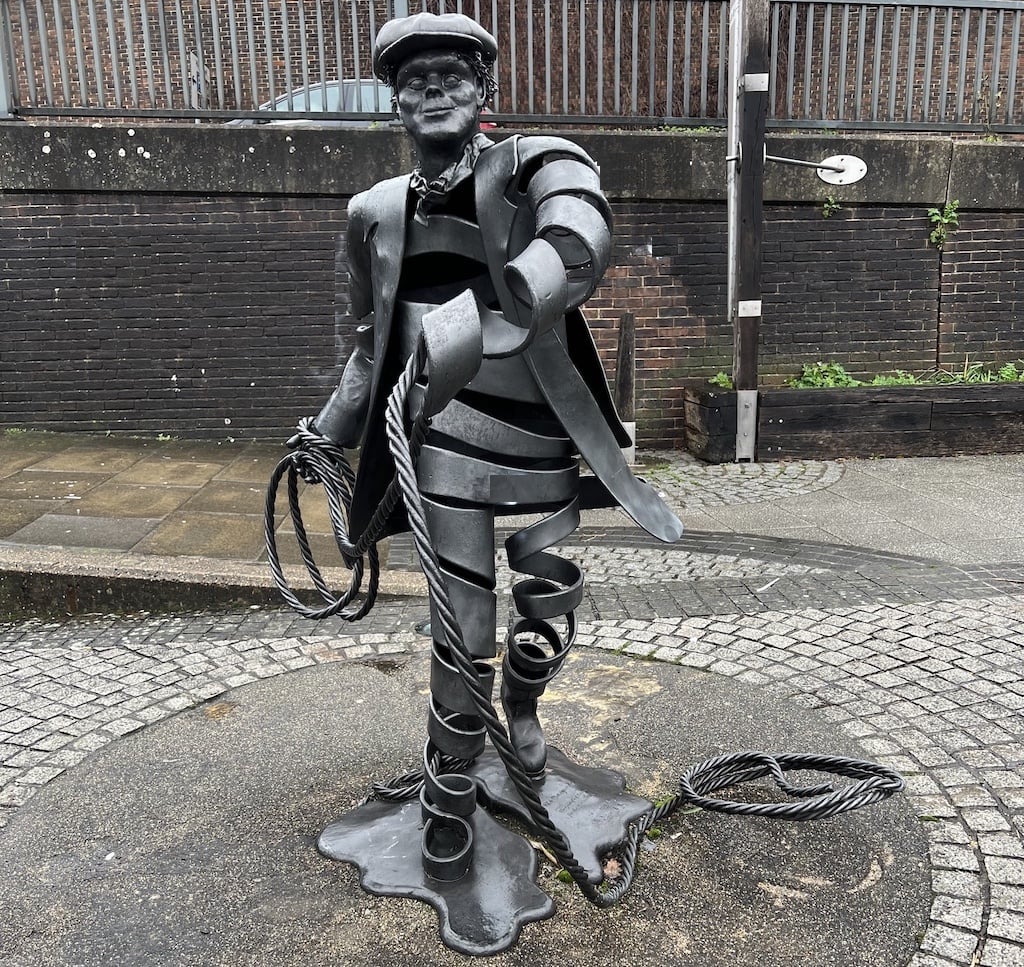