Guildford Castle was probably founded by William the Conqueror soon after 1066, as one of a series built in major towns. The mound or “motte” was made by piling up chalk dug from a deep ditch around it. Another ditch and bank enclosed the outer area called the “bailey” where the domestic buildings stood. The early timber buildings were replaced with stone during the 12th century. First a shell keep of chalk was built around the top of the motte, then in the 1130s or 1140s, the “great tower”’, or keep, was built in two phases. The line of the first phase battlements are marked out in the plaster. The first phase was probably built as the King’s private apartments, reached by an outside staircase. Not long after the tower was built a second floor was added. The great tower could have been used for defence if the castle was attacked, but it was also a symbol of the King’s importance.

Guildford Castle was the only royal castle in Surrey and became the headquarters of the sheriff – the King’s deputy in the county. He held trials for serious crimes, and prisoners were held in the keep, which was the county gaol for Surrey and Sussex. The king had moved to new apartments in the bailey.

Henry III developed the castle into one of the most luxurious royal palaces in England. After his death in 1272 the buildings fell into ruins and were later abandoned, except for the great tower which continued as, the county gaol. In the early 16th century, the gaol closed and the tower was used by the Daborne family, who put in the brick window surrounds and fireplaces. In 1611 James I sold the estate to Francis Carter. He, or his son, built a new house attached to the Castle Arch. The great tower was then abandoned, and the roof taken off. The castle was bought by Guildford Borough Council in 1885 and the grounds were laid out as a public park. Conservation work in 2004 saw a roof and floors put in.

Location: On the door to the Keep, Guildford Castle 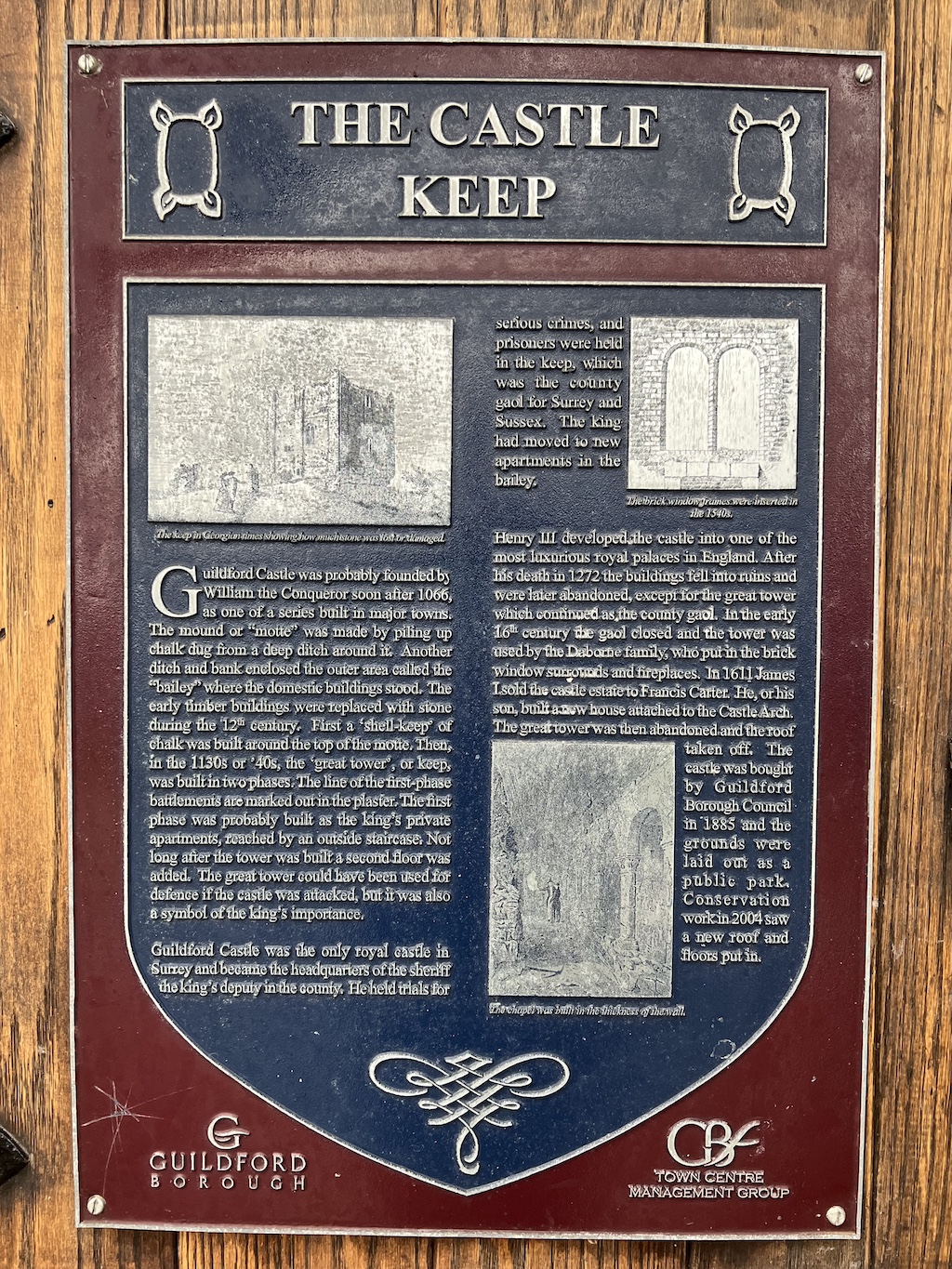