The area of the Castle Grounds that contains the bowling green and bandstand probably formed the outer bailey of the medieval castle. A bowling green had been laid out by the early 17th century. In 1885, the Guildford Corporation acquired most of the grounds of the medieval castle from Lord Grantley. They were laid out as public pleasure gardens to plans by the Borough Surveyor, Henry Peak. The grounds were opened in June 1888 on the 50th anniversary of Queen Victoria’s coronation. At that time the bowling green was known as the Mayor’s Lawn and was not used again for bowling until 1907.

A memorial to Guildford’s dead of the First World War was designed by local architect F.J. Hodgson and dedicated in 1921. In 1952 it was rededicated to include those who had died in the Second World War The grounds were also renamed the “Guildford Garden of Remembrance”, However, the names of the Second World War dead were not engraved until 1995, when a central pillar was added under the arch of the memorial. Many in both wars had served with the local regiment, The Queen’s, based at Stoughton Barracks.

The classical stone column standing near the gates was the base of one of the first gas street lamps in Guildford. It was erected at the junction of the London and Epsom Roads in 1824 by the trustees of the turnpike road, who paid the Guildford Gas & Coke Company to supply it. 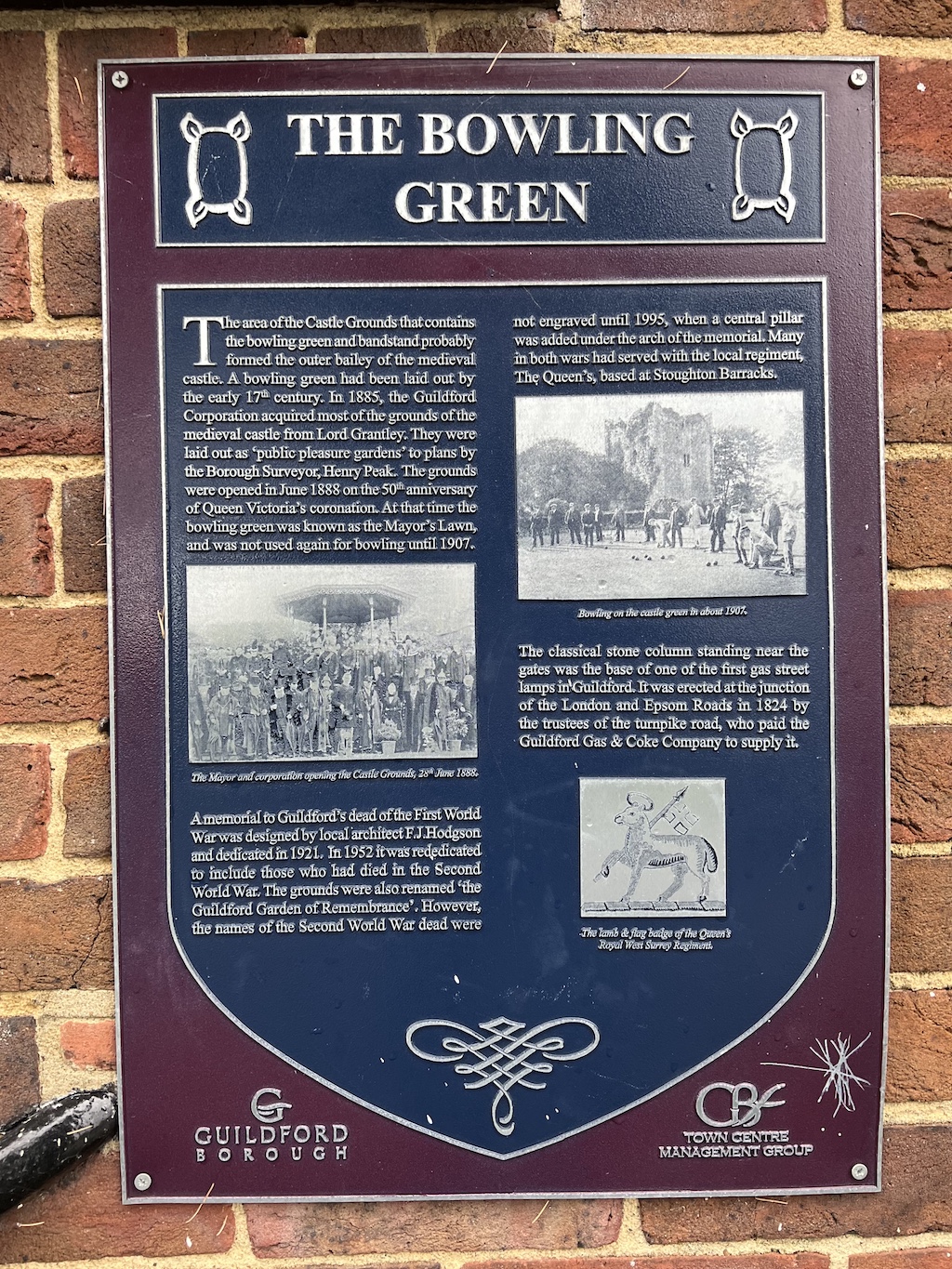